"Saint Josemaria saw government as a service to people"

An interview with Marlies Kücking, who has worked for over 50 years in Opus Dei's central government in Rome. 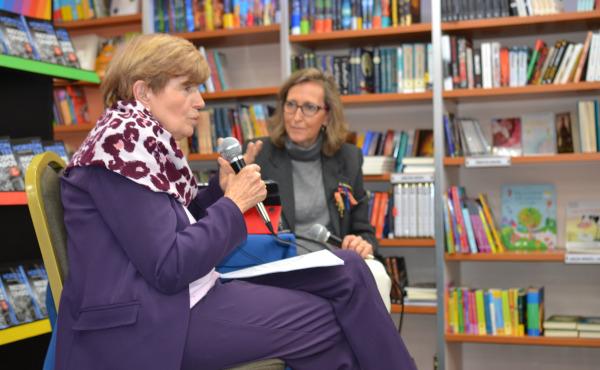 Marlies Kücking considers herself Roman. Born in Cologne, Germany, in 1936, she has spent over 50 years in Rome, working with Saint Josemaría Escriva, Blessed Alvaro del Portillo and Bishop Javier Echevarría. Her work in Opus Dei’s central government spans from 1964 to 2017.

A fan of theater, archaeology and reading (she’s often reading more than one book at a time, with a preference for historical novels and classics), Kücking currently works in Opus Dei’s General Archive, dedicated to digitizing, classifying and studying all the documents related to the founder, the successive Prelates and the path Opus Dei has opened up throughout the world.

When asked to speak about herself, Kücking adopts a certain ironic distance and a refined sense of humor; when it comes to Saint Josemaría and Opus Dei, however, the tone moves from serious to excited, from enthusiastic to grateful. 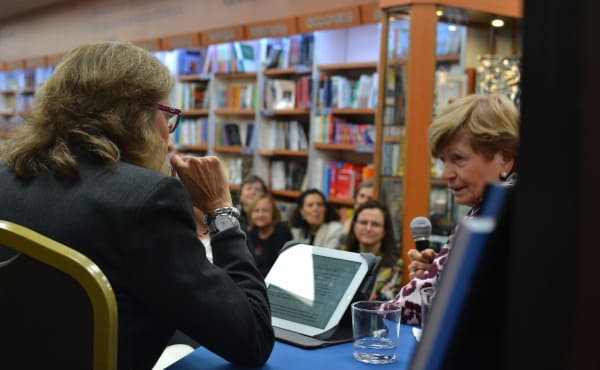 You have worked in directing Opus Dei for 53 years (1964-2017). In that time, you have had to carry out a variety of tasks in the Central Advisory in Rome, and have made many trips. In many of these countries you visited, Opus Dei has been around for decades. How do you guard against routine? How do you maintain a capacity for innovation in facing new situations?

It is definitely a challenge and the danger of routine always exists; whenever there is previous experience about something, it is much more comfortable to keep doing the same thing: "it’s always been done like this" or "we have never done it that way!" You need to combine a deep and calm study of the issues together with closeness to people and to the work they are carrying out by making trips: seeing the reality in situ, listening to people. It takes great openness of mind, but I would suggest following the guidelines of the current Prelate: to strive to give the central place to Christ. Christ is always up-to-date. He never grows old. Following Him makes it easier to see where one needs to change; not only in technical matters, but also in the way we focus the apostolic work, always striving to be faithful to Saint Josemaría’s spirit.

From the perspective of a lay woman who has worked in the government of an institution within the Church (which has a hierarchical nature) how do you view the contribution that women can make in the Church, so that they can be present to a greater degree in decision-making processes?

In Evangelii Gaudium (which is like the programmatic document of Pope Francis’ pontificate) and in other places, the Pope has insisted on the need for a more incisive presence of women in the Church, and specifically in places where decisions are made.

In the style of government forged by Saint Josemaría, this is not a novelty. He was very aware of the indispensable contribution women should make in government because, due to their innate qualities (their "feminine genius"), women are particularly sensitive to people and able to see issues and problems from a perspective that men might not see, in a way that is also complementary. This is fundamental in the mission of the Church and in Opus Dei, where the focus is on people. Saint Josemaría saw government as a service to people, and he was also very aware of the great professional contribution that lay people, and especially lay women, could and should contribute to the government of the Church.

None of this has changed substantially with Opus Dei becoming a Personal Prelature in 1982, since the Church's law establishes that the laity, by virtue of their baptism, can cooperate in the exercise of the power of government in the Church, especially in areas where they can contribute a lot due to their professional expertise (legal issues, financial questions, etc.). This is lived out in Opus Dei according to its particular law. The Prelate governs with two councils, one for men and one for women, and they are mostly made up of lay people.

In addition, the current Prelate, Monsignor Fernando Ocáriz, relies heavily on women's opinions, decisive when it comes to taking specific measures: not only those that affect women of the Prelature specifically, but in everything that affects men and women equally. 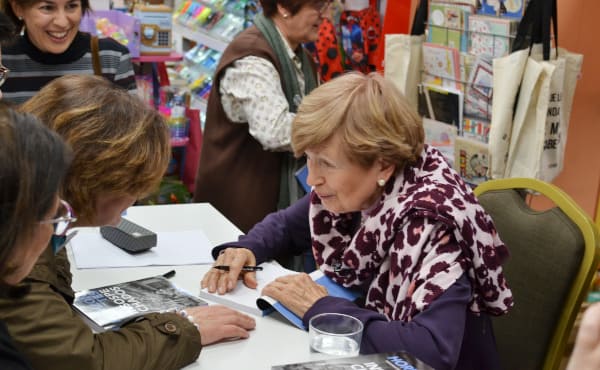 At another moment you mentioned Saint Josemaría's conviction that what is universal and what is specific – the biography of a person, the history of a country, a specific culture – are perfectly compatible with each other. What does this mean and what would you advise now when differences are seen as a cause of division?

Certainly, together with globalization there comes the danger of a certain mentality that is too local. I would advise a greater breadth of vision and – especially for us Europeans – that we abandon the excessive superiority complex of our own culture, through which we sometimes risk looking down at other equally legitimate realities. It is true that Christianity has permeated the history of Europe, but we have much to learn from the ancient culture of the East, the values of Africa, the Americas, etc.

You can and should love your own country and, at the same time, have a great openness towards the rest of the world. Probably the trips that have most impacted me over the years have been the ones made to Africa and Asia, precisely because in those places, I could see in a very practical way that Opus Dei was something universal: for example, a woman from a tribe in Kenya and a Buddhist convert who were living the same spirit of Opus Dei as a lady from Spain.

You have pointed to two features of Opus Dei’s government: subsidiarity (that each level of government fulfills what corresponds to it and does not interfere in what does not) and collegiality (decisions are never made individually but are studied and evaluated by several people). Could you give examples to show why this is more enriching and ultimately more fruitful than an apparently more efficient or controlling style of government?

Each person has their own point of view and, despite the best of intentions, we can become wedded to our own opinions, thinking them to be the wisest or the most accurate. It helps a lot to know other opinions. If one person’s opinion always prevails, this leads to tyranny in the long run. As a measure of prudence, Saint Josemaría recommended that the person who leads a team be the last one to comment, so as not to influence the others who have to intervene.

On the other hand, in the government of Opus Dei, since you are working with people from different cultures and mentalities, you have to bear in mind that, together with obvious differences, everyone has the same vocation: everyone is striving to live the same spirit. This brings with it an enormous richness, not only from a human and cultural point of view but also because the direct knowledge of different countries offers a great contribution to the work of government.

Opus Dei has been around for over 90 years now. One could see that as either a lot of time or not that much, depending on one's point of view. How do you remain faithful to the foundational spirit while discerning what changes are needed in every age?

With great openness of mind: without clinging to obsolete points of view and, at the same time, fleeing from a certain zeal for renewal that lacks depth of thought and perspective.

In this sense, a measure of good government that I noticed in Saint Josemaría, and later in Blessed Alvaro, Bishop Javier Echevarria and the current Prelate, is to ensure that in both the regional governing bodies and in the Central Advisory, there are people who have more experience and also younger people who can contribute points of view that are closer to the current mentality. As an example, the youngest director of the Central Advisory is a North American who just turned 31.

I would also add that it is essential to have a deep understanding of the foundational spirit, as well as the writings of Saint Josemaría and his successors. Our Founder always said that the members of Opus Dei did not need “updating” since they were already immersed in worldly realities.

If you were 18 years old today, what would attract you to Opus Dei?

The same thing that attracted me 64 years ago: following our Lord in and through the realities of the world and trying to attract other souls to Christ. I don’t think I could have imagined that my life would have turned out the way it did. I have been happier than I could have ever imagined, and I think God has spoiled me like a favorite daughter.

What would you say is the greatest contribution of Opus Dei to the Church?

The fact that each member of Opus Dei, each person who takes part in its apostolic activities, strives to live in coherence with the faith, united to the Roman Pontiff, and spreading Christian joy around them like the first Christians.

Read the original article in Spanish.