Place in the Church

Opus Dei's work of spiritual formation complements the work of local churches. People who join Opus Dei or attend its activities continue to belong to their local dioceses. 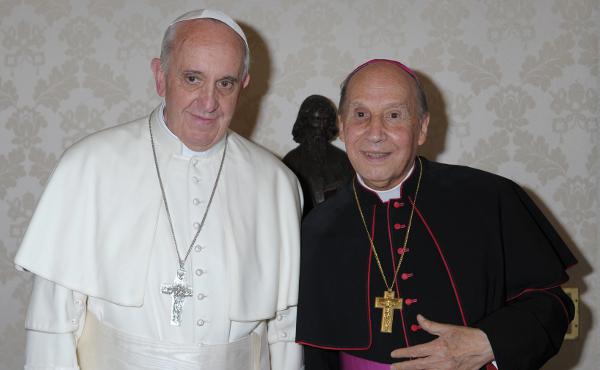 Opus Dei was founded in 1928. It was approved by the bishop of Madrid in 1941 and by the Holy See in 1947. Since 1982, Opus Dei has been a personal prelature of the Catholic Church. Personal prelatures exist to carry out specific pastoral missions in the Church, and are part of the jurisdictional, hierarchical structure of the Church. Personal prelatures have a prelate, secular priests, and men and women lay faithful, united as a single organism to carry out the prelature's mission. In Opus Dei’s case, this mission is to spread the ideal of holiness in the middle of the world.

The apostolic work of the members of Opus Dei, like that of many other Catholics, seeks to bring about Christian renewal, the benefits of which will, with the grace of God, be experienced by parishes and local churches throughout the world. These include conversions, a greater participation in the Eucharist, more assiduous reception of the other sacraments, the spreading of the Gospel message to many who are distant from the faith, initiatives on behalf of those in need, helping out with catechism courses and other parish activities, and cooperation with diocesan bodies. This apostolate of the people of Opus Dei is carried out within the framework of Opus Dei’s specific charism, namely the sanctification of work and of the circumstances and events of ordinary life.

Opus Dei aims to foster unity of all the faithful of the Prelature with the diocesan pastors, encouraging them to familiarize themselves with and to put into practice – in accordance with their personal, family and professional circumstances – the directives and guidelines issued by the diocesan bishops and the episcopal conference.

The idea of the juridical structure known as the personal prelature was introduced by the Second Vatican Council. The Council decree Presbyterorum ordinis (December 7, 1965), 10, stated that, among other institutions, “special dioceses or personal prelatures” could be established “to carry out special pastoral tasks in different regions or among any race in any part of the world.” The Council wanted a new juridical figure which was to be flexible in nature, in order to contribute to the effective spreading of the Christian message and Christian life. In this way the Church could more aptly respond to the demands of its mission in the world.

Most jurisdictions in the Church are territorial, as in the case of a diocese, where the faithful who belong to it are determined according to their territory or domicile. However, jurisdiction is not always linked to territory, but may depend on other criteria, such as employment, religious rite, immigrant status, or agreement with the jurisdictional body in question. The last-mentioned applies in the case of military ordinariates and personal prelatures.

Personal prelatures, as envisaged by the Second Vatican Council, are made up of a pastor together with clergy consisting of secular priests, and men and women lay faithful. The prelate, who may be a bishop, is appointed by the Pope, and governs the prelature with power of governance or jurisdiction.

The Church has the power of self-organisation in order to pursue the aims set for her by Christ. Exercising this power, she has established personal prelatures within her hierarchical structure, with the special feature that the faithful of the prelature continue to belong to their local church and to the diocese where they live. For these and other reasons, personal prelatures are clearly different from religious institutes and the consecrated life in general, as well as from associations and movements of the faithful.

The Code of Canon Law of the Catholic Church stipulates that each personal prelature must be regulated by general Church law and by its own statutes.

Opus Dei already formed a single organism made up of laity and priests cooperating in a pastoral and apostolic task which was international in its scope. This specific Christian mission consisted in spreading the ideal of holiness in the middle of the world – in daily work and in the ordinary circumstances of life.

Pope Paul VI and his successors decided that a study should be undertaken of the possibility of giving Opus Dei a juridical form suited to its true nature. In the light of the documents of the Council, this form was to be that of a personal prelature. In 1969 work started on this, with both members of the Holy See and of Opus Dei taking part.

The work was completed in 1981. After this, the Holy See sent a report to over 2,000 bishops of dioceses where Opus Dei already had a presence, so that they could offer their observations.

Once this latter phase had been completed, Opus Dei was established by John Paul II as a personal prelature of international scope. The document effecting this was the apostolic constitution Ut sit, of 28 November 1982, which was formally executed on 19 March 1983. At the same time the Pope promulgated the Statutes, which constitute the particular pontifical law of the Opus Dei Prelature. The Statutes were the same as those prepared by the founder years before, with some minor amendments which were necessary to adapt them to the new legislation.

Relations with the dioceses

The Opus Dei Prelature is a jurisdictional structure belonging to the pastoral and hierarchical organisation of the Church. Like dioceses, territorial prelatures, vicariates and military ordinariates, it has its own autonomy and ordinary jurisdiction to carry out its mission in the service of the whole Church. For that reason it is dependent immediately and directly on the Roman Pontiff, through the Congregation for Bishops.

b) According to the provisions of the general law of the Church and the particular law of Opus Dei, the deacons and priests incardinated in the Prelature belong to the secular clergy and are fully under the authority of the Prelate. They are to foster fraternal relations with the members of the diocesan presbyterate, and observe with all due care the general discipline of the clergy. They can form part of the council of priests of the diocese. Diocesan bishops may, with the prior consent of the Prelate or his vicar, appoint a priest of the presbyterate of the Prelature to a position or office in the diocese (e.g. parish priest or judge). Such a priest will render an account of his work only to the diocesan bishop and will carry it out according to the bishop’s directives.

Opus Dei’s Statutes (title IV, chapter V) lay down criteria for ensuring a harmonious relationship between the Prelature and the dioceses within whose territory the Prelature carries out its specific mission. The Prelature always maintains relations with diocesan authorities, and regularly informs diocesan bishops of its activities. Some characteristics of this relationship are the following:

a) Opus Dei never begins its apostolic work or establishes any center of the Prelature without the prior consent of the local bishop.

b) When it is wished to erect a church of the Prelature, or to entrust to the Prelature an existing church or a parish, an agreement is drawn up between the diocesan bishop and the Prelate or the relevant regional vicar. The general regulations of the diocese governing churches in the care of secular clergy will be observed in such cases.