Monsignor Fernando Ocáriz, the new Prelate of Opus Dei, has named the members of the General Council that, together with the Central Advisory, assists him in the pastoral government of the prelature. 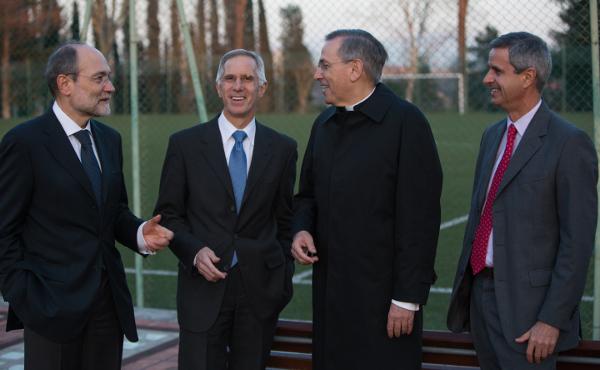 Monsignor Fernando Ocáriz, the new Prelate of Opus Dei, has named the members of the general Council that, together with the central Advisory, assists him in the pastoral government of the prelature. The names of the women who will form part of the new Advisory will also be published on this website in the next few days.

With the approval of those participating in the third elective congress of Opus Dei, the Prelate has named Mariano Fazio (Buenos Aires, Argentina, 1960) vicar general and Rev. Antoni Pujals i Ginebreda (Terrassa, Spain, 1955) central vicar secretary. The latter has been the Delegation Vicar of Opus Dei in Catalonia from 2002 until 2016.

The Prelate has also named three vice secretaries, a prefect of studies and an administrator general to look after the different areas of the formative and apostolic activity of the men of Opus Dei: initiatives with youth, evangelization of the family, theological and spiritual formation, etc. They are: Javier de Juan (Albacete, Spain, 1975), vice secretary; Carlos Cavazzoli (Buenos Aires, Argentina, 1962), vice secretary; Matthew Anthony (St. Louis, United States of America, 1981), vice secretary; Luis Romera (Barcelona, Spain, 1962), prefect of studies; and Julien Nagore (Pamplona, Spain, 1951; he lived in Paris since he was young), administrator general.

Delegates of the Prelate in the different circumscriptions in which the apostolic work of the Prelature is divided geographically – currently 49 – have also been named. They come from more than 30 nations.

At the end of the congress, the Prelate named Father Javier Yániz (Barcelona, Spain, 1976) spiritual director and Monsignor Carlos Nannei (Santa Fe, Argentina, 1945) procurator before the Holy See, who work closely with the Council. The spiritual director helps the Prelate with the spiritual orientation of the faithful of the prelature and in questions of doctrine and liturgy. Included among his tasks is the accompaniment of the members of the Priestly Society of the Holy Cross, an association of clergy intrinsically united to the prelature of Opus Dei. The procurator deals more directly with the relations of the prelature and the Holy See.

More information on the elective congress