Josemaria, Once Again Among the Needy

"But what can I do?" On seeing so many needy people in the streets of Mazatlan (a coastal city in Mexico), Amparo asked herself what she could do to help. Today, more than 15 years later, Amparo’s question has found a clear answer. 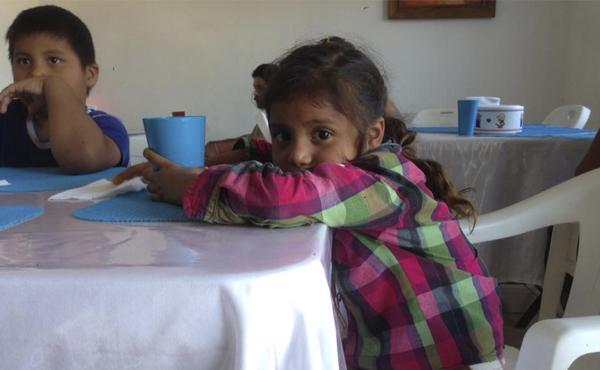 Even when still a young girl, Amparo often wondered what God wanted from her: “My husband and I ran a bookstore for more than 20 years. Outside, I saw so many people on the street, from all backgrounds. When I saw them I thought: Lord, I could have been in that situation. ”

Some brownies made by her daughter

One day, a priest friend of their family told them about how Saint Josemaría Escrivá used to visit the poor and sick in Madrid. Soon afterwards, one of Amparo's daughters smilingly presented her with some brownies she had made: “Do you remember, mama. When we were little, you took us to visit the poor. So I made these to hand them out.” 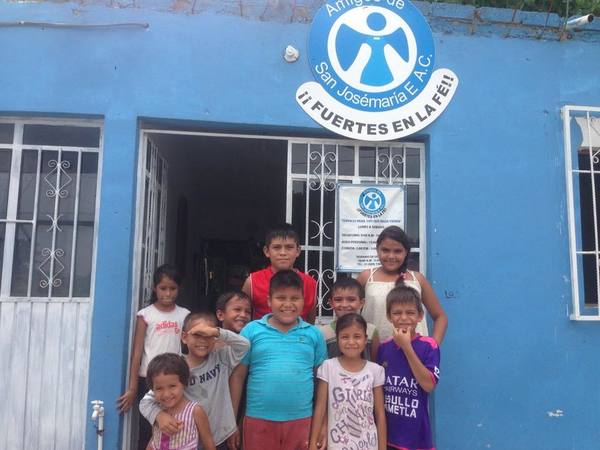 Thus the distribution of food to the needy began. In the streets of the city, on the boardwalk and alongside the train tracks, Amparo did what she could for the homeless, the sick, and the abandoned elderly.

In 2008, shortly after hearing the stories of many prisoners on a visit to the Center for Social Reintegration and feeling the great need to do something for so many people rejected by society, the idea of offering help through a civil association began to take shape. This would make it easier for her efforts to have an impact, and for many others to make a commitment to assist her.

To get started wasn’t easy, and the difficulties quickly started piling up. Amparo knew that the secret was to trust: “That’s the most important thing: to place everything in God’s hands. I sensed clearly how He never left me alone.” Finally, on October 21, 2010, the association was officially approved with the name “Amigos de San Josemaría Escrivá de Balaguer Assocation.”

“It had to be named after Saint Josemaria. I knew that right from the beginning.” When still very young, Amparo had been seriously ill. During this time, her devotion to the Founder of Opus Dei began to grow: “I always had with me in the hospital the prayer card of Saint Josemaría. I prayed it over and over.” And she was completely cured: “Since then, I realized that I had to give a testimony with my own life.” 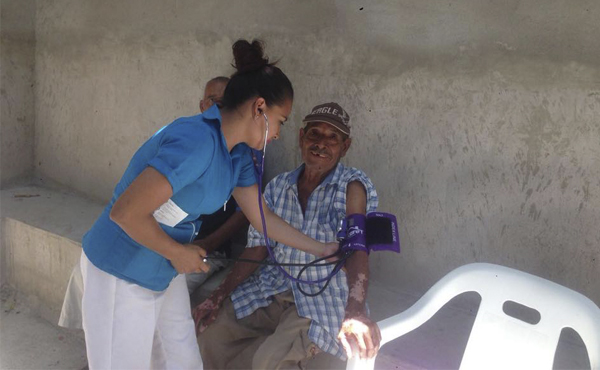 “This is God’s concern. He knows how to handle hearts. That's why going to the Basilica of Our Lady of Guadalupe helps me a lot.” Amparo makes frequent trips to the capital to visit the image of our Lady. “When I go to Mexico City, my daughter says: my mother isn’t coming to see me; she comes to see our Lady and then visits me.”

A food kitchen and a hostel in Mazatlan

Today, Friends of Saint Josemaría Escrivá de Balaguer runs a food kitchen and a hostel in the city of Mazatlan. Meals are served for approximately 100 people daily, in addition to offering showers and clean clothes. The shelter is dedicated to the care of older adults, terminally ill patients and needy people with serious injuries; it offers them a temporary place where they can be taken care of, while they are channeled to a hospital or some other entity that has the means to provide them with the special care they need.

Amparo says she is grateful for all she has gained through her involvement with the problems of the needy: “When I have to confront some difficulty or meet someone who is indifferent to our efforts, it helps me a lot to go to our Casa Hogar and see the smiles on the people’s faces.”

The Association continues to grow. In 2015 a new food kitchen was opened in Rosario, Amparo's hometown, and in November 2017 a new site was opened to care for the mentally ill and abandoned elderly.

More than 15 years later, Amparo's question has been answered by food kitchens and shelters, built with a giant faith and a lot of trust in God. “I myself am surprised to see all that has been done. Yes, I’ve had a lot of struggles, but I’m happy to be doing what I’m doing. I know many people are praying for our Association. Really, God is doing everything. ”