From Montreal the apostolic expansion spread across Canada. 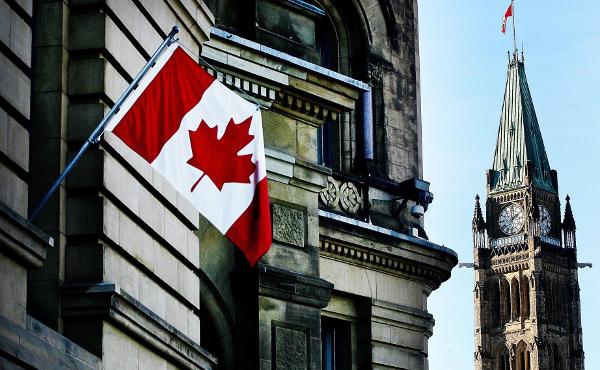 Jacques Bonneville was the first Canadian to join Opus Dei. The Ottawa-born engineer and father of nine discovered the teachings of Saint Josemaria in 1955 while pursuing a doctorate in Boston, two years before the Work came to Canada at the invitation of Cardinal Paul-Emile Léger. Dr. Bonneville passed away on July 13 2011 at the age of 90; he was accompanied by Cecile, his wife of 65 years.

It was on June 7, 1957 that the first members of Opus Dei moved to Canada at the request of Saint Josemaria to start the apostolic work. A few weeks later, Opus Dei’s first centre opened its doors on rue Plantagenet near the Université de Montréal. Fr. John Martin and Fr. Joseph Escribano (currently the chaplain of Parkhill Residence, a university residence in Ottawa) were among the first to arrive, followed shortly afterwards by Alfonso Bielza, an aeronautical engineer from Spain.

A couple of years later, Joseph Atkinson, a young Albertan and who had recently obtained his Ph. D. in Chemistry from MIT and Ernest Caparros, a young law school graduate joined them. Mr. Caparros later became a professor in the law faculty at Université Laval and the University of Ottawa.

The apostolate with women began in Montreal in 1959, but Annie Sioui, a secretary in a Montreal hospital, became involved even earlier. She had read a story in a local newspaper about Cardinal Léger’s trip to Spain where he had visited some Opus Dei centres. She contacted the first Opus Dei priests to arrive to Canada and began to learn more about the message of this institution of the Church. She became a member and a valuable support for the women of Opus Dei who came to Canada from across the Atlantic in 1959.

Among the first women to arrive were Nisa Guzman, Laly Martin, Carmen García Grotta, and, some time later, Marie-Thérèse Santamaria

In 1968 Joe Atkinson, became the first director of a new centre for university students near McGill University: this came to be known as Riverview Centre. The centre continues to be a hub of formation and leadership programs for Montreal youth.

From Montreal the apostolic expansion spread across Canada. There are now 16 centres in five cities: Montreal (1957), Quebec City (1964), Toronto (1981), Ottawa (1989), Vancouver (1997) and Calgary (2011). Frequent apostolic trips are made to Kingston, Waterloo, Kitchener and London in Ontario; Edmonton in Alberta; Victoria in British Columbia and La Pocatière in Quebec.

Across Canada, there are nearly 600 faithful of the Prelature, mostly married men and women, as well as approximately 1,600 co-operators who pray for Opus Dei and generously help out with different apostolic initiatives. These activities are open to men and women of all ages and backgrounds. Thousands of Canadians, young and less young, benefit from them.

Opus Dei’s faithful, co-operators and friends have been involved in many educational initiatives for young people, professional men and women and families. Examples include the Big Picture Seminars for high school students, and parenting courses organized in the Montreal and Toronto areas. There are also summer family camps near Montreal, Chilawee Trails Girls Camp, and Father and Son Camps in London and Rimouski.

A number of residences have been set up in various cities to provide university students with a study environment designed to help them prepare for professional life and widen their cultural formation in a university setting. For example, Ernescliff College, a residence hall on the campus of the University of Toronto, offers a wide range of programs for its residents and their friends, including an introductory course on ethics and a professional development seminar. Ernescliff also offers summer programs to teach English as a second language to visiting students from Latin America. Other men’s residences include Résidence Boisgomin in Quebec City, Parkhill Residence in Ottawa and Riverview Centre in Montreal.

University residences for women include Valrideau in Ottawa and Résidence Fonteneige in Montreal. Both centres offer students a vibrant home-like atmosphere and the opportunity for cultural enrichment through a variety of conferences given by guest speakers on professional and ethical issues.

The Christian formation received by members and co-operators in the centres of the Prelature is designed to help them become sowers of peace and joy (an expression of St. Josemaria) by sharing their faith and by being open to and tolerant of the different world-views around them.

Inspired by Saint Josemaria’s promotion of Christian social responsibility, a number of faithful of the Prelature and their friends in Canada are actively involved in educational activities that provide assistance to the underprivileged while developing a sense of the value of service among the participants. For instance, the Academic and Sports Enrichment (ASE) program, founded in 1994, has helped hundreds of inner-city youth from Regent Park in Toronto to improve their academic skills and prepare for high school and university. A similar program, ASEOP, was recently set up in Ottawa.

Over the years, more than 250 university and junior college students have been involved in international development projects in Peru, Kenya, Mexico, and Nicaragua. The El Refuerzo Project has prepared and sent young women to the poorer areas of Peru to give courses in hygiene and nutrition, as well as helping to build medical dispensaries, playgrounds and other facilities for the local children. Local outreach initiatives in Canada include the Ateliers Soleil, a group of girls who regularly meet on Saturdays in a suburb of Montreal to spend time caring for mentally handicapped children.

Opus Dei also provides spiritual and doctrinal direction at two conference centres in Canada: the Manoir de Beaujeu in Coteau-du-Lac near Montreal, and Cedarcrest in the town of Belfountain, north of Toronto. They are used year-round for retreats, seminars, workshops, humanities courses, family development courses, etc. A new building at the Manoir de Beaujeu was inaugurated in October 2004. This facility, called the Soulanges Hospitality Management Centre, houses the management area of the Manoir.

In 1988, in collaboration with some co-operators of Opus Dei, Mrs. Teresa Tomory, mother of seven, founded Hawthorn School, an independent school for girls from kindergarten to grade 12. Besides ensuring a strong academic program, it has a unique advisory and character education program. An Opus Dei priest is the school chaplain.

In 1989 Cardinal Jean-Claude Turcotte entrusted the Parish of St. Ambroise in Montreal to priests of the Prelature, and in 1997 Archbishop Adam Exner of Vancouver placed the Catholic chaplaincy of Simon Fraser University in the hands of a priest of Opus Dei. There are currently 16 Canadian priests of the Prelature exercising their pastoral ministry in the apostolates associated with the Prelature in Canada.

The Canadian headquarters of the Prelature is at 1380 Pine Avenue West in Montreal. The Vicar for Canada is Msgr. Frederick Dolan.