Opus Dei was founded in 1928 in Spain and is currently established in 66 countries. 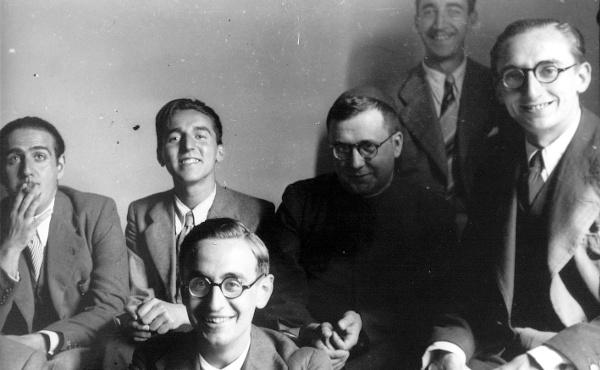 1930. 14 February: In Madrid, while Saint Josemaría was celebrating Mass, God made him understand that Opus Dei was for women too.

1933. The first center of Opus Dei was opened in Madrid: the DYA Academy, mainly for students, where classes in law and architecture were given.

1936. The Spanish Civil War temporarily delayed Saint Josemaría’s plans to expand the apostolic work of Opus Dei to other countries.

1943. 14 February: Again during Mass, God let Fr. Josemaría see the juridical solution that would enable priests to be ordained for Opus Dei: the Priestly Society of the Holy Cross.

1946. St Josemaría moved to Rome. In the years that followed, he would travel from Rome throughout Europe to prepare the beginnings of the apostolic work of Opus Dei in several different countries.

1950. 16 June: Pius XII granted the definitive approval to Opus Dei. This approval enabled married people to join Opus Dei, and secular clergy to be admitted to the Priestly Society of the Holy Cross.

1969. A special general congress of Opus Dei met in Rome to study the change of Opus Dei’s legal status in the Church to that of a personal prelature, a juridical structure introduced by the Second Vatican Council and suited to the pastoral characteristics of Opus Dei.

1970-1975. Saint Josemaría made various trips around Europe and the Americas to speak to people about the Christian faith.

15 September: Álvaro del Portillo was elected to succeed the founder at a congress of Opus Dei members called for that purpose, in accordance with the Statutes by which Opus Dei is governed.

1992. 17 May: Beatification of Josemaría Escrivá in Saint Peter’s Square in Rome.

1994. 23 March: Death of Bishop Alvaro del Portillo in Rome at the age of 80, just hours after returning from a trip to the Holy Land.

1995. 6 January: Msgr. Javier Echevarría was ordained as a bishop by John Paul II.

Dates on which Opus Dei began its work in different countries