Where God is "One More at the Table"

Paul has lived in Lebanon for the past few years, working for an NGO. A numerary of Opus Dei, he describes the apostolic work being done there as well as his personal impressions. 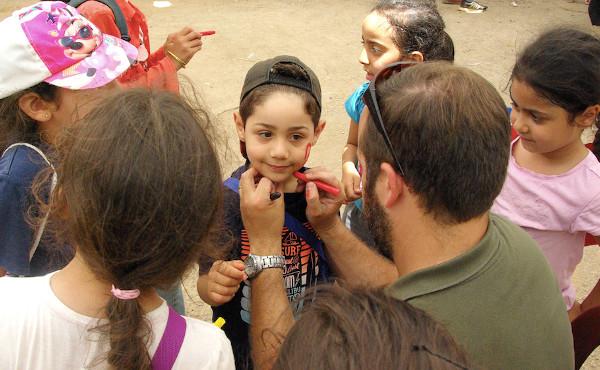 The author painting faces of children at a Palestinian refugee camp in Dbayeh.

Over two decades ago, I heard someone describe the vocation to Opus Dei as an adventure. I don't think I realized at the time what this really meant. But I remember the day I was asked if I wanted to go to Lebanon to assist the apostolic work there. I thought about it and said yes, even though I wasn't totally sure where it was on the map, having only a vague image in my head of a city in the middle of the desert being bombed. Nothing could be further from the truth! Now I am about to leave this marvelous country to return to Rome to finish my theology studies. These last few years of intense activity have truly been a wonderful adventure.

Without a doubt, the people are what stand out the most.

If I had to sum up Lebanon in one word, it would be "contrasts." Not only for its topography, which combines wide plains with 3,000 meter mountains, and desert landscapes bordering on dense forests that turn white in the winter. But what is most striking is the coexistence of civilizations, rites and religions in a harmonious mix of cultures; where trilingualism makes it perfectly normal for people to jump from one language to another without explanation.

Without a doubt, the people are what stand out the most, with their unfailing warm hospitality, eager to take care of all your needs. Their warm welcom made me feel at home from the first day, before I even knew the language.

With Syrian, Palestinian and Iraqi Refugees

While in Lebanon, I've been working for an NGO that provides humanitarian aid. This has opened many doors to me in terms of professional and personal relationships, many of which have resulted in true friendship. After getting to know Syrian, Palestinian and Iraqi refugees, as well as local people who also find themselves in vulnerable situations, I decided to do my dissertation in Theology on this topic, so controversial and in need of a faith perspective.

Activities that promote solidarity help us to look beyond our own personal environment.

It is beautiful to see how the Work adapts to the circumstances of each country. Activities that promote solidarity play a huge role in our apostolate in Lebanon: visits to the elderly, the poor, refugees and orphans; football tournaments and supplementary classes in public schools on the weekends, or volunteering in soup kitchens. They help us to look beyond our own personal environment and to help the people to heal old wounds, especially in the encounter with those who have lost even their homes.

In addition, the international service camps held for young people in the summer have been very positive: not only because they provide real help to those in need, but for their impact on the personal growth of the participants. 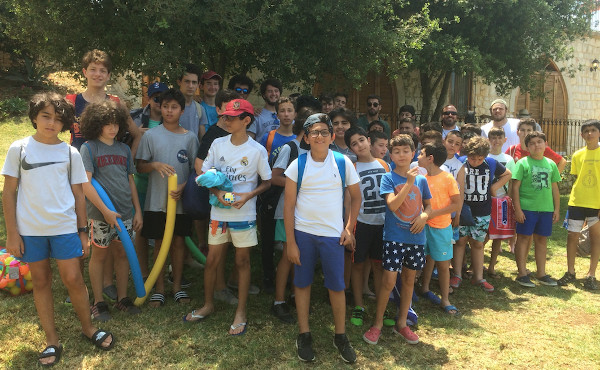 Boys who receive spiritual formation at the center of the Work in Beirut come from different schools and neighborhoods. Although the distances are not very far, dense traffic makes them seem so. Many of them make a considerable effort to receive formation.

Football matches, weekend excursions, board games, theme parties, birthday celebrations, experiments, inventions, and "gynkanas" are all organized throughout the year. In such an open and diverse environment, we have talks of Christian formation for Maronite, Orthodox and Shiite children, all of them together. As you can imagine, it can be challenging to transmit a message to such a disparate audience.

We have become friends with the Syrian refugees who live next door... You don't need to travel far to help those in need.

But the neighborhood has welcomed us with open arms and we have become friends with the Syrian refugees who live next door, reminding us that you don't need to travel very far to help those in need.

Construction of a new center has begun in the more populous neighborhood of Badaro. The building will house a student residence and a youth club. Thankfully a lot of people are helping with this project, materially, economically and spiritually. I will miss its opening but I am convinced that it will give rise to a huge leap in the apostolic work with young people in the country. 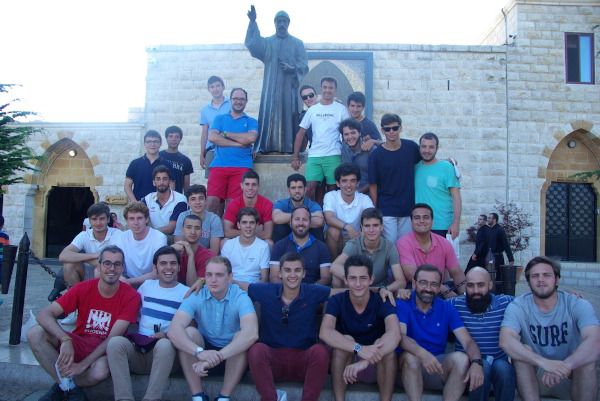 A Youth Club in the World's Oldest City

Another special thing about Lebanon is God's presence in the people's everyday conversations. Whatever a Lebanese person believes, God is regarded as one more person sitting at the table, and this is reflected in countless daily phrases in Arabic. Apostolically speaking, this is very interesting as conversations naturally pass from the human to the divine with almost no transition.

Also, people do not hide whether they are Shiite, Sunni or Druze. Similarly, Christians do not hesitate to express their pride in being children of God, sometimes hanging rosaries around their necks and filling businesses, streets, towns and even the tops of mountains with sacred images. I remember one day having to quickly move my motorcycle out of the way because of a dangerously approaching vehicle from behind. When the driver came over to apologize, I realized it was a sports car bearing the phrase "Only the Blood of Christ" along the side.

Another special thing about Lebanon is God's presence in the people's everyday conversations.

It has been amazing to witness the beginnings of a new youth club in the city of Byblos. After almost three years, more than 120 boys have attended the activities we organize in facilities where many things are still missing. The apostolic activity carried out by the supernumeraries of this city is amazing, who have shown their strong commitment as parents to educate their children by establishing a youth club. Although a definitive space is still being sought out, we are all excited about the growth of the apostolic work in this area of the country, which is filled with history and people willing to give of themselves.

Saint John Paul II said that Lebanon is a message more than a nation. I have no doubt that my time in the "Land of the Cedar" and a melting pot of civilizations, will leave a deep mark. Although at times the future can be intimidating, it is worthwhile being surprised by God's hidden and unexpected plans. In the end, even when you don't look for it, it's always a "win-win" situation.