Life of Mary (VIII): Jesus' Presentation in the Temple

February 2nd is the feast of the Presentation. Mary offers her Son to God and learns that she too will share closely in Jesus' redemptive mission. 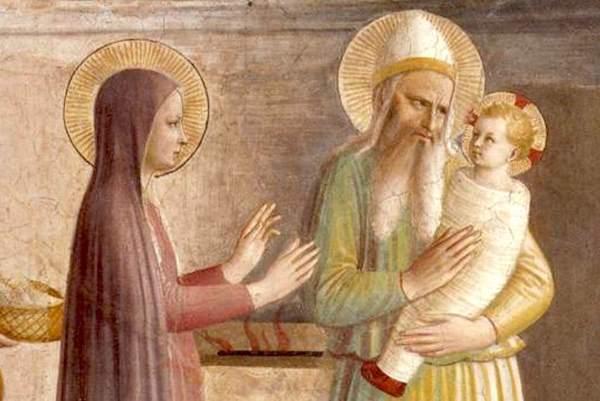 The gathering of pilgrims in Bethlehem has ended. After Christ's birth, Joseph found a more worthy place to house the Holy Family. There, after eight days, he carried out the rite of circumcision by which the male children begin to form part of the people of Israel. And the child officially received the name Jesus, the name given by the angel before he was conceived in the womb (Lk 2:21). Forty days later, Mary and Joseph took the Child with them to Jerusalem, when the time came for their purification according to the law of Moses…to present him to the Lord as it is written in the law of the Lord…and to offer a sacrifice according to what is said in the law of the Lord, “a pair of turtle-doves, or two young pigeons" (Lk 2:22-25). 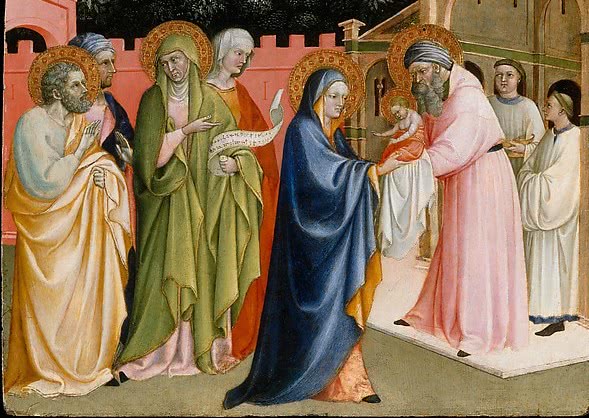 Neither Jesus nor Mary was obliged to follow these prescriptions. Mary had not contracted any legal impurity for she had conceived and given birth in a virginal way. Nor did the law affecting the redeeming of the first-born apply to Jesus, the true Lamb of God who came to take away the sins of the world. And yet, three times in just a few verses, special mention is made of the fact that everything was done in strict observance of the Law of God.

The Church discovers a deeper meaning in this episode. In first place, the fulfillment of the prophecy of Malachi: The Lord whom you seek will suddenly come to his temple; the messenger of the covenant in whom you delight (Mal 3:1) Besides, Mary understood that Jesus had to be brought to the Temple, not to be redeemed like other first-born children, but to be offered to God as a true sacrifice. As the Letter to the Hebrews says: When Christ came into the world, he said: “Sacrifices and offerings you did not desire, but a body you have prepared for me; in burnt offerings and sin offerings you did not take pleasure. Then I said: 'Lo, I have come to do your will, O God,' as it is written of me in the roll of the book" (Heb 10:5-7). To some extent, Jesus' Presentation in the Temple can be linked with the Offering of the Sacrifice of Calvary that the Mass makes present in all times and places. In the preparation of this sacrifice, as later in its accomplishment on the summit of Golgatha, a special place was reserved for the Mother of Jesus. From the very first moments of his earthly life, Jesus united Mary to the redeeming sacrifice that he had come to fulfill.

The Presentation of Jesus in the Temple can be linked with the Offering of the Sacrifice of Calvary that the Mass makes present in all times and places.

This sharing in the mystery of the Redemption was revealed little by little to the Virgin Mary. At the Annunciation the archangel had said nothing about this. But now it would be communicated through the words of Simeon, a just and God-fearing man far advanced in years: It had been revealed to him by the Holy Spirit that he should not see death before he had seen the Lord's Christ (Lk 2:26).

The encounter between our Lady and Simeon would have taken place in front of the Gate of Nicanor that led into the court of the Jews. That was the place where one of the priests received the women who came to offer the sacrifice for themselves and their children. Mary, accompanied by Joseph, stood in the line. While our Lady waited her turn, something happened that caused the on-lookers to be amazed. An old man approached the line. His face was glowing with joy. When the parents brought in the child Jesus, to do for him according to the custom of the law, he took him up in his arms and blessed God and said: “Lord, now let your servant depart in peace, according to your word; for my eyes have seen your salvation which you prepared in the presence of all people, a light for revelation to the Gentiles, and for glory to your people Israel" (Lk 2:29-32).

The Messiah would fulfill his mission by suffering, and the Mother would be mysteriously associated with her Son's sorrows.

On hearing these words, Mary and Joseph were overcome with wonder, for Simeon confirmed what the angel had communicated from God. But immediately his other words cast a shadow over their joy: the Messiah would fulfill his mission by suffering, and the Mother would be mysteriously associated with her Son's sorrows. Simeon blessed them and said to Mary his mother, “Behold, this child is set for the fall and rising of many in Israel and for a sign that is spoken against (and a sword will pierce through your own soul also), that thoughts out of many hearts may be revealed" (Lk 2:34-35). Anna as well, a woman over 80 years old, joined in Simeon's announcement: coming up at that very hour she gave thanks to God and spoke of him to all who were looking for the redemption of Jerusalem (Lk 2:38).

From St. Luke's Gospel we know that our Lady presented the Child Jesus only after listening to the prophecy. She offered a pair of turtle-doves, or two young pigeons, the offering of the poor, instead of the lamb prescribed by the Law of Moses. Nonetheless, in light of Simeon's words, she understood that Jesus was the true Lamb of God who would redeem men from their sins. And that she, as Mother, in a way she did not yet fully grasp, would be closely united to her Son's fate.