"Work in our hands, as it was in Christ’s, must be turned into prayer to God and service to mankind for the co-redemption of the whole human race." A new article in the series "Sanctifying our Work." 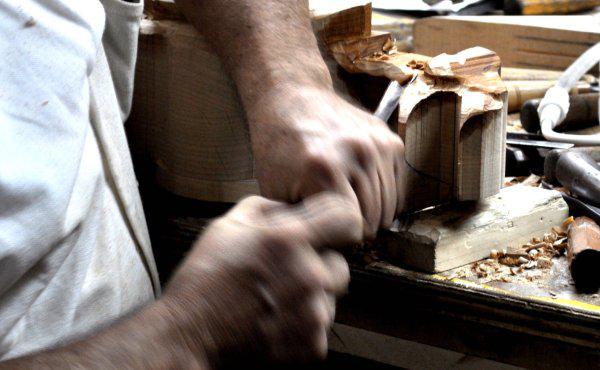 St. Josemaría used to speak about the "old novelty"of the message he had received from God. It is, he said, "as old as the Gospel, and also as new."[1] It is "old" because the spirit of Opus Dei was practised by the first Christians, who knew they were called to holiness and apostolate without leaving the world, without setting aside their daily occupations. Therefore, "if you want a point of comparison, the easiest way to understand Opus Dei is to consider the life of the early Christians. They lived their Christian vocation seriously, seeking earnestly the holiness to which they had been called by their Baptism."[2] The Founder of Opus Dei was filled with joy when he found traces of this message in the writings of the Fathers of the Church. St. John Chrysostom's words addressed to the faithful of the fourth century are very clear in this regard. "I do not say to you that you should forsake the cities, and leave aside the business citizens do. No. You should remain where you are, but practise virtue. In truth, I would prefer that those who live in the midst of cities should shine out on account of their virtue rather than those who have gone to live in the mountains. Because a great good ensues from this, since no one lights a lamp and puts it under a bushel. And do not come to me saying: I have children, I have a wife, I have to look after a household and cannot fulfil what you ask of me. If you had none of these things, and you were lukewarm, everything would be lost. Even when all these things surround you, if you are fervent, you will practise virtue. Old men and young, married men and fathers of families, artisans and soldiers, all have fulfilled what was commanded them by the Lord. David was young. Joseph was a slave. Aquila worked at a manual task. Another was the guardian of a prison, and another a centurion like Cornelius. Another was sick like Timothy, and another a fugitive slave like Onesimus. And still none of this was an obstacle for any of them, and they all shone out on account of their virtue: men and women, old and young, slaves and freemen, soldiers and ordinary people."[3]

The circumstances of ordinary life are not an obstacle, but rather the material and the path of sanctification. This reality is fulfilled in Opus Dei. Along with the weaknesses and defects proper to each one, those striving to practice the spirit of the Work are, like the first disciples, "Christian citizens who want to respond fully to the demands of their faith."[4] The spirit of Opus Dei is for Christians who do not need to leave their place in the world in order to find and love God. As John Paul II said, commenting on a teaching of St. Josemaría, "the Lord wants to enter into a communion of love with each one of his children, in the context of everyday activities, in the ordinary context in which one's existence unfolds."[5]

"The Lord wants to enter into a communion of love with each one of his children, in the context of everyday activities, in the ordinary context in which one's existence unfolds" (John Paul II).

St. Josemaría said back in 1932: "In raising up the Work during these years, God has wanted to ensure that people never again forget the fact that everyone should seek holiness, and that for the majority of Christians this means sanctifying themselves in the world, in their ordinary work. That is why, as long as there are men on earth, the Work will exist. This will always be a reality: people of every profession or occupation who seek holiness in their ordinary work and circumstances, being contemplative souls in the middle of the world."[6]

The teachings St. Josemaría transmitted to us with his word and writings, along with his example, make up a spirit that has its own characteristic features: the sense of divine sonship, contemplative spirit in ordinary life, fusion of priestly soul and lay mentality, love for freedom, the joy of God's children…. These and all the other aspects of our Founder's teachings are not merely juxtaposed elements, but sparks from that unique spirit capable of shaping and penetrating all the moments and circumstances of our lives. 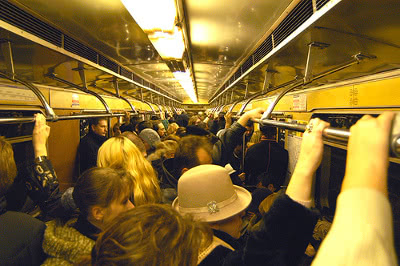 Like a door that turns naturally on its hinge, the spirit of the Work"hinges upon ordinary work, professional work carried out in the midst of the world."[7] The hinge of a door is not more important than the door itself, but it occupies a singular position. Just as a hinge by itself would be useless, without the door, similarly a professional occupation, however much it might shine, would have little meaning if it became an end in itself, rather than a means to sanctify all one's ordinary, family and social life. And at the same time, what good is a door without its hinge? For us, professional work and family and social duties are inseparable elements of our unity of life, absolutely necessary to sanctify ourselves and to sanctify the world from within, shaping human society according to God's will.[8]

Our professional work can indeed be God's work, operatio Dei, because we are adopted children of God and we are all identified with Christ. The only-begotten Son has become man to unite us to himself, as the members of a body are united to the head, and he wants to work through each one of us. Truly we are Christ's as Christ is God's.[9] He lives and works in the Christian through grace.

St. Josemaría preached tirelessly that any honest human task can be sanctified, can become holy, can be turned into a work of God. And work sanctified in this way identifies us with Christ, perfect God and perfect Man, sanctifying and perfecting us, shaping us into his image. "It is time for us Christians to shout from the rooftops that work is a gift from God."[10] Work is not a punishment or a curse, but a reality desired and blessed by the Creator before original sin,[11] a reality the Son of God Incarnate took upon himself at Nazareth. There Jesus spent many years at his daily work in the company of our Lady and St. Joseph, without human glamour, but with divine splendor. "In his hands, a professional occupation, similar to that carried out by millions of men in the world, was turned into a divine task. It became a part of our redemption, a way to salvation."[12] Christ has raised the very effort demanded by work to being an instrument of liberation from sin, of redemption and sanctification.[13] There is no upright human task, insisted John Paul II, that cannot "be transformed into a sphere and matter of sanctification, into a field for development of the virtues and into a dialogue of love."[14] 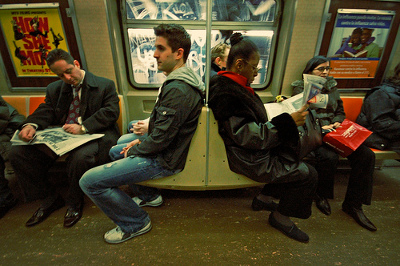 Work in our hands, as it was in Christ's, must be turned into prayer to God and service to mankind for the co-redemption of the whole human race. God formed man from the mud of the earth and made him share in his creative power, so that man could bring creation to perfection, transforming it with his own intelligence.[15] However, after sinning, instead of raising the realities of the earth to God's glory by means of work, man frequently blinds and degrades himself. But Jesus has turned the mud into ointment to cure our blindness, as he did with the man born blind from birth.[16] When we discover that work can be sanctified, everything we do or touch takes on a new meaning. And we begin to see and love God, to be contemplatives, in situations where beforehand everything seemed monotonous and very ordinary, or else unfolded along a merely earthly horizon, without any eternal and supernatural repercussion.

A splendid panorama unfolds before our eyes: "sanctifying work, sanctifying ourselves in our work, sanctifying with our work."[17] We are the protagonists in the divine plan of placing Christ at the summit of all human activities. This is a plan God wanted our Father to see with a startling clear view that led him to write, full of faith in grace and confidence in our response: "I contemplate now, throughout the ages to come, all my children who, right to the end of time, will carry out their profession—since we are children of God, I repeat—with the wisdom of an artist, the happiness of a poet, the security of a master and a modesty more persuasive than eloquence. And I see them, in seeking Christian perfection in their profession and state in the world, contributing to the good of all mankind."[18]

How precious is your steadfast love, O God! All people may take refuge in the shadow of your wings…For with you is the fountain of life; in your light we see light.[19] The Blessed Trinity granted light to St. Josemaría to contemplate deeply the mystery of Jesus Christ, the light of men.[20] God granted him "a vivid perception of the mystery of the Incarnate Word, thanks to which he understood in a profound way that the framework of human realities is intimately fused, in the heart of a person reborn in Christ, with the economy of supernatural life, and so is being turned into the place and means of sanctification."[21] The spirit of the Work has already illumined the paths of a multitude of men and women from the most varied cultures and conditions, leading them to take up the adventure of seeking holiness in the naturalness of ordinary life. It is an adventure of love for God, filled with self-denial, that imbues the soul with happiness and sows Christ's peace all over the world.[22] 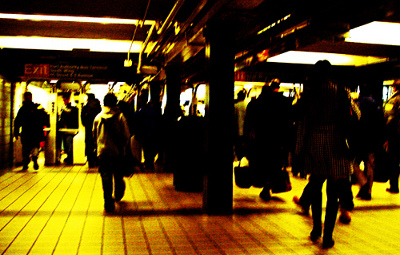 John Paul II encouraged us to follow faithfully the example of St. Josemaría. "You should continue your mission faithfully and zealously, following in the footsteps of your Founder. Show with your daily efforts that Christ's love can bring life to every facet of one's existence."[23] We count above all on the intercession of our Mother. We ask her to prepare our daily path for us, and to always keep it safe. Cor Mariae dulcissimum, iter para tutum!, iter serva tutum!

[5] John Paul II, Allocution in the audience for participants in the congress "The grandeur of ordinary life" 12 January 2002, 2

[14] John Paul II, Address at the audience for participants in the congress "The grandeur of ordinary life" 12 January, 2002, 2

[21] Congregation for the Causes of the Saints. Decree on the heroic virtues of the Venerable Servant of God, Josemaría Escrivá de Balaguer,9 April 1990

[23] John Paul II, Address at the audience for participants in the congress "The grandeur of ordinary life" 12 January 2002, 4