Footprints in the Snow

It may seem surprising that a little thing like some footprints in the snow was enough to make a teenager make the great decision to give his life to God. But that is the language God often uses to call people, and that is how generous souls who seek God sincerely are capable of responding, with faith. 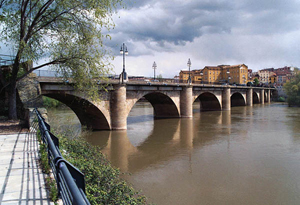 On Wednesday, January 9, 1918, Josemaría turned sixteen. The city of Logroño lay peaceful under a heavy snowfall. The temperature hovered around zero degrees Fahrenheit. No one went out unless they absolutely had to.

José had found work in Logroño as a sales clerk in a business similar to the one of which he had previously been proprietor. So the family had moved there. Leaving Barbastro had not been easy for any of them, including Josemaría, now a budding teenager.

On one of those wintry days the young man looked down at the snow and saw footprints left by bare feet. He realized that they had been made by one of the Carmelite friars who had recently arrived in the city. He wondered: If others can make such sacrifices for God, can’t I offer him something? It was a thought destined to remain with him for the rest of his life.

“Our Lord was preparing me in spite of myself, using apparently innocuous things to instill a divine restlessness in my soul. Thus I came to understand very well the love, so human and so divine, that moved Saint Thérèse of the Child Jesus when, leafing through the pages of a book, she suddenly came upon a picture of one of the Redeemer’s wounded hands. Things like that happened to me too — things that moved me and led me to daily Communion, to purification, to confession, and to penance.

What could he do? Pray, certainly. Ask the Lord to enlighten his heart. He began to use the words of the blind man of the Gospel as an aspiration: Domine, ut videam! — Lord make me see what you want from me. And his life followed the course of a normal high school student. He was a good student, got excellent grades, and dreamed of being an architect. 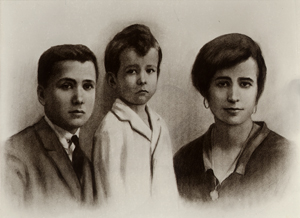 The decision to become a priest

If only he knew what his calling was. In any case, he answered “yes,” a yes to whatever it was that God had called him to. He thought that he would be better prepared for his vocation if he became a priest. “One fine day I told my father that I wanted to be a priest; it was the only time I saw him cry. He had other plans in mind, but he did not object. He told me, ‘my son, think it over carefully. A priest has to be a saint… It is very hard not to have a home, a love on earth. Think about it a bit more, but I will not oppose your decision.”

He advised Josemaría to speak with a priest he knew. This priest spoke with the youth and assured his father that his son had a vocation to the priesthood. He still had to finish high school. Now that he had ruled out studying architecture, his father advised him to pursue a degree in law and to make these civil studies compatible with his commitments in the seminary.