Anniversary of the Pope's Election

Pope Francis was elected on March 13, 2013. He speaks here about the protection Saint Joseph constantly provides in watching over the Church. 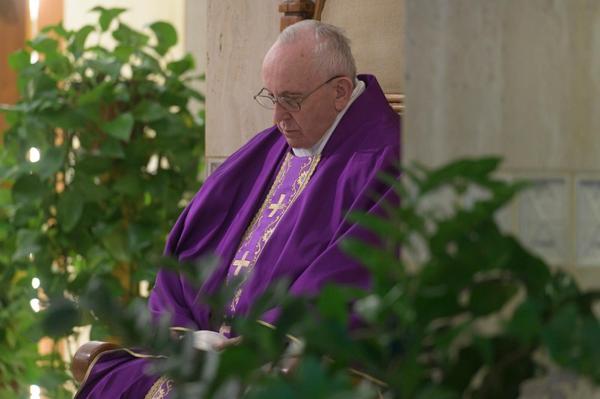 From Address of Pope Francis at Meeting with Families in Manila, 16 January 2015.

I would also like to tell you something very personal. I have great love for Saint Joseph, because he is a man of silence and strength. On my table I have an image of Saint Joseph sleeping. Even when he is asleep, he is taking care of the Church! Yes! We know that he can do that. So when I have a problem, a difficulty, I write a little note and I put it underneath Saint Joseph, so that he can dream about it! In other words I tell him: pray for this problem! 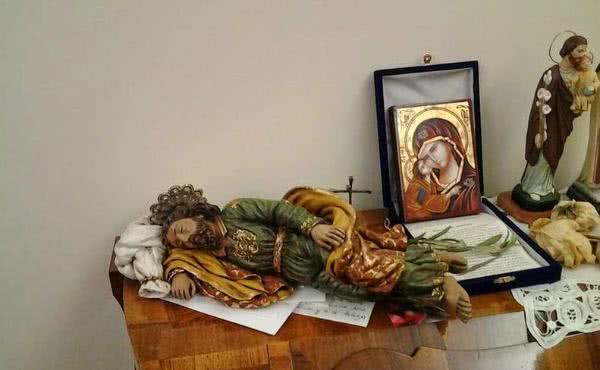 Next, rising with Jesus and Mary. Those precious moments of repose, of resting with the Lord in prayer, are moments we might wish to prolong. But like Saint Joseph, once we have heard God’s voice, we must rise from our slumber; we must get up and act (cf. Rom 13:11). In our families, we have to get up and act! Faith does not remove us from the world, but draws us more deeply into it. This is very important! We have to be deeply engaged with the world, but with the power of prayer. Each of us, in fact, has a special role in preparing for the coming of God’s kingdom in our world.

Let us be on guard against colonization by new ideologies. There are forms of ideological colonization which are out to destroy the family. They are not born of dreams, of prayers, of closeness to God or the mission which God gave us; they come from without, and for that reason I am saying that they are forms of colonization. Let’s not lose the freedom of the mission which God has given us, the mission of the family. Just as our peoples, at a certain moment of their history, were mature enough to say “no” to all forms of political colonization, so too in our families we need to be very wise, very shrewd, very strong, in order to say “no” to all attempts at an ideological colonization of our families. We need to ask Saint Joseph, the friend of the angel, to send us the inspiration to know when we can say “yes” and when we have to say “no.”