Alvaro, a Beacon for his Friends

In the early hours of April 16-17, 2021, Alvaro de Pedroso Siqueira, a young supernumerary of Opus Dei, died from Covid in São Paulo, Brazil. Testimonies soon began arriving from many friends who testified to how Alvaro had helped them come closer to God. 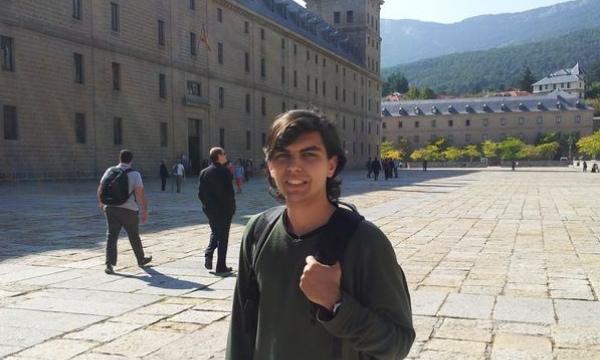 Ever since 2013, when he converted to Catholicism, Alvaro sought to transmit to his friends the light he had received from God. And when in 2014 he asked for admission to the Work as a supernumerary, he eagerly shared with his friends its message of seeking holiness in the middle of the world.

The testimonies received from his friends highlight his kindness, his infectious simplicity and joy (virtues that always shone forth in his eyes), his desire to help some of his friends be reconciled with family members, and others to go to confession and deepen in their faith.

In 2021, he began with enthusiasm a more intense 2-year training course in philosophy and theology. His desire to deepen his knowledge of the Church’s doctrine and the perennial treasures of human wisdom (he had a great love for the classical works of literature), led him to a firm commitment to the means of human and Christian formation he received in the centers of Opus Dei.

He organized a course for his friends who wanted to grow in their knowledge of the Church’s teachings, which he affectionately called “Beacon of Light,” with the desire to illumine people's lives with the Love of God.

In 2020, when churches were closed by the pandemic, he was very happy when after some months he could finally receive communion again regularly, since he had a great love for Jesus in the Blessed Sacrament. He was prudent about his health and prayed for friends and relatives of his friends who had been infected with the coronavirus and all recovered.

He was hospitalized at the beginning of April. Three days before God called him, when he was intubated, he turned 27 and received the Anointing of the Sick.

Below are excerpts from an interview published in 2014, which tells the story of his conversion and his path to finding Christ and Our Lady.

(From an interview published in 2014 on the website Negócios de Família):

The path of my conversion and baptism took about a year and is closely linked to the work of Opus Dei. I was a Protestant because of my family, and the little I knew about the Holy Catholic Church was based on the prejudices of the evangelical church. I had failed the university entrance exam and by chance (by providence, really), I started taking a course in Tatuapé, a place quite distant from where I was living. It was there that I met Leonardo, who told me about a “lecture with a priest” at a University Center. I went out of curiosity. I felt a lack in my life that I didn’t understand very well. Although I was taking Protestant classes at that time to receive baptism (I still hadn’t been baptized even in the Protestant church), I realized I knew very little in fact about religion and I thought Catholics could also help me fill in the gaps in my education. But I certainly didn’t want to get too involved or become a Catholic.

I enjoyed the lecture and decided to come back again. It was not only the lectures (which we call “meditations” in the Work) that I enjoyed, but also the other activities that the University Center offered: the philosophical discussions, the Friday pizzas, and also the opportunity to talk with the priest (later I learned that this is called “spiritual direction”). I agreed to talk with the priest because I had doubts about the book of Genesis and he helped clarify them for me. It didn't take long for me to become enchanted with Opus Dei. I knew several Catholics, but I had never seen Catholicism lived that way and I realized that I didn't really know much about it. But here were people who were clearly trying to live the gospel, who didn’t try to convince you with their words but with their way of life. But I still resisted any thought of converting.

Ten months went by. The date for my baptism in the Protestant church was drawing near. I had started catechism classes with Pedro Paulo, a member of Opus Dei, and I was reading the Catechism of the Catholic Church. As I was uncertain whether I should be baptized as a Protestant or not, I decided to postpone baptism for a while, but it was not an easy thing. I was questioned by members of the Presbyterian Church and answered the questions they asked me correctly (little did they know that for some of them I relied on my knowledge of Catholic teachings) and was approved for baptism.

At that time, I was going on Wednesdays to the parish of Nossa Senhora da Conceição, in Tatuapé, where I would attend Mass (more to understand the rite than to take part), and take classes with Fr. Rodrigo. The day before my baptism was to take place, I went there to pray and tell God my concerns about being baptized as a Protestant, which I had now accepted. In the church, close to the Blessed Sacrament, there are two statues, one of Our Lady of Fatima and the other of the Sacred Heart of Jesus. In this second statue, Jesus is pointing to his heart and showing his wound, as if inviting us to be with him. As I prayed, I stared at the heart and, for an instant, I felt that it was no longer His own heart that our Lord was pointing to, but mine, saying “Look at your heart. I have put there the uneasiness you feel for a reason, so that you come to know my intention for you.” I left with the certainty that I shouldn’t go ahead with my Protestant baptism.

On the Sunday of my baptism, I called the pastor and told him I didn’t want to be baptized. He understood, but asked me to attend the service anyway. I hadn’t had time to inform my grandfather so he came to see me baptized. That day everyone in my group was baptized except for me. I was in the last chair of the church, a little embarrassed, and everyone was asking “where is Alvaro.” I didn't stay for the party afterwards and people didn’t understand what had happened. 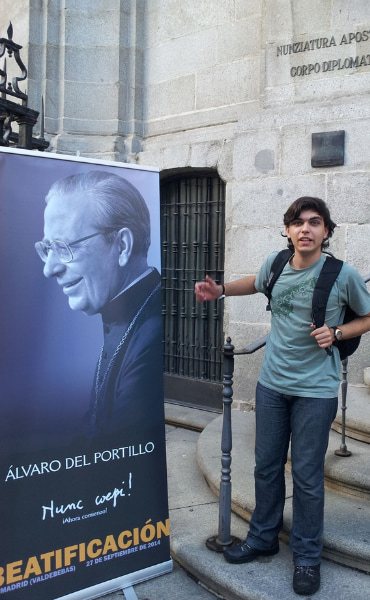 A month went by and I continued the catechism classes with Pedro Paulo as well as spiritual direction with Fr. Marcos. I decided to attend a spiritual retreat organized by Opus Dei, which is where the final step in my conversion took place. There I saw for the first time people reciting the rosary in a group. In one of the meditations Fr. Marcos told us about the miracle of Fatima, with details that deeply moved my heart. And then, under a tree in the property where the retreat was being held, I said my first prayer to Mary: “Mary, I’ve never had you for my Mother, although I always was your son. You well know that I even cursed and despised you, because that's what I was taught. But now I ask you, even though I already am, to take me as your son.” And so I began having devotion to Mary, taking as my example the little shepherds of Fatima, and I started to say the rosary daily.

From that point on, I was already more Catholic than Protestant. Pedro Paulo told me one day jokingly: “Look, you already say the rosary so you must be Catholic!” I knew the time had come to be baptized.

On May 19, I received the sacrament of Baptism in the parish of Santa Generosa, on the feast of Pentecost. Due to a misunderstanding, I arrived at 5 pm instead of at the correct time which was at 12 noon. So only I was baptized then. The godparents were Leonardo and Thelli, who followed my conversion closely and always guided me. My mother was also there. Despite being a Protestant, she accepted my conversion very well and even later gave me, to my amazement, a statue of Our Lady of Aparecida, saying it was very beautiful. Other members of Opus Dei were there, including Fr. Marcos, who initially said he wouldn’t be able to come. Three friends of mine were there too: Lucas (who later was my confirmation sponsor), César and Amanda. Being present there was a real sacrifice for them since the day of my baptism was also the day of the championship match of the soccer team they were great fans of.

The rest of my family also accepted my conversion quite well. With the exception of an aunt of mine, none of them are actually practicing the religion they profess. I pray constantly for their conversion, starting with my mother.

After my conversion, the book that helped me the most was certainly Holy Rosary by Saint Josemaria Escrivá. In this book he helps you to experience each of the mysteries prayed in the rosary in such a way that it seems that one day you were actually in Palestine, beside Christ, Mary, Joseph and the apostles. He teaches you to share in our Lady’s joy and sorrow, to take Jesus in your arms after he is born, to join Joseph in looking anxiously for Jesus in each caravan and to cry at not finding him. I remember that after reading Holy Rosary I became so fond of the Holy Family that I felt part of it, something I had never experienced as a Protestant. That book was crucial for bringing me closer to Christ.