Tomas Alvira. From Teacher to Teacher

The school’s energy is not produced in the directors’ offices, but in the classroom, in every classroom. But this will only be produced if it has life. 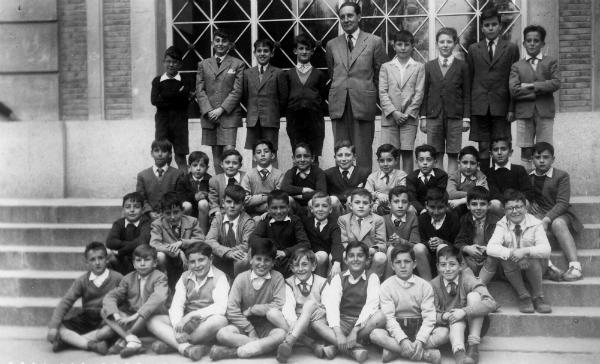 The essential novelty of his thought on education is what he called “the Living Classroom”. Tomás Alvira (1906-1992), was a teacher in different schools and institutes, Doctor in Chemistry, Researcher with CSIC and Professor of Natural Sciences, was outstanding as an innovative teacher in the field of education in the last quarter of the 20th Century in Spain. He was married to Paquita Dominguez , also a teacher. Both were members of Opus Dei and their process of canonization has already started.

“I see the classroom as the living cell of the school. The school’s energy is not produced in the directors’ offices, but in the classroom, in every classroom. But this will only be produced if it has life:

1. Living classroom, producer of energy, is the one in which teacher and pupils are aware of themselves as persons, social beings, who need to relate to one another, to be united by bonds of kindness and affection; where each one cares for the other –not selfishly for himself-, helping him and creating bonds of true friendship.

2. Living classroom is the one in which the teacher sees in the eyes of each pupil a constant question about everything and feels obliged to answer him, always with a deep sense of responsibility.

3. Living classroom is the one in which the students are made to think, cultivating their personality, strengthening it, making them freer this way, because the person who thinks for himself, having been properly prepared, is free and does not repeat thoughtlessly what others tell him.

4. Living classroom is the one in which the teacher tries to awaken in the student a desire to know, to love knowledge for its own sake. We cannot get the students to study on the basis of rewards or punishments. We must get them to want to know! To get students to enjoy studying is one of the most valuable targets a teacher can set for himself. We have to make them see that work – study is work – is valuable in itself, not only in the rewards that we can obtain through it.. We have to get them used to feel the joy of making an effort to achieve what they desire.

5. Living classroom is the one in which the teacher teaches his students to love, a sentiment so neglected in education and yet of extraordinary importance for life.

6. Living classroom is the one that transcends and establishes relations with God himself with a perspective of eternity. It is in this environment that we can get to know every student better each day while at the same learning ourselves from the students.”