Tomas and Paquita Alvira, whose cause of canonization has been opened, gave effective example of what it means to "educate in unity of life," in accord with Saint Josemaria's teaching. 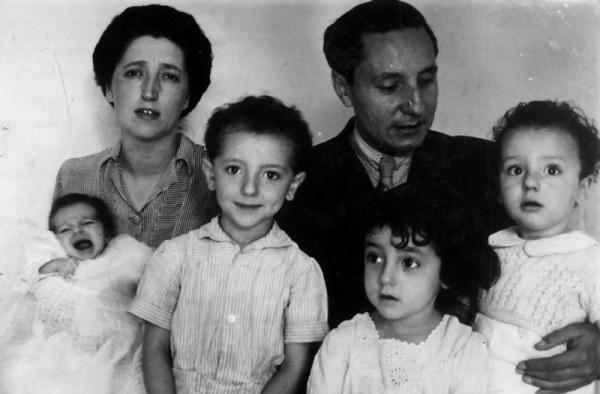 Download Newsletter No. 1 for the Alviras in pdf format

In his pastoral letter of 14 February 2017, Monsignor Fernando Ocáriz, Prelate of Opus Dei, writes about the importance of “showing the practical effects of the spirit of Opus Dei on family and social life, so that there is a growth in unity of life–a real, Christian consistency between what people think, the way they pray, and the way they live.” The educating work of Tomás and Paquita is a good example of the impact the spirit of the Work has on family life through this unity of life, certainly a decisive factor for obtaining good results in the education of the children. As the wisdom of Christian education duly reminds us, a family environment forged by the unity of life of the parents contributes greatly to shaping the personality of the children.

A biographer of the Alvira couple records this idea: “It surprised me when speaking to their children and asking for memories that the first thing they all mentioned was how their parents were always the same, whether working at home, or talking with them or receiving friends … There wasn’t the slightest trace of a kind of spiritualism that might separate Christian life from the rest of the world ... In the same way they never lowered their standards in order not to clash with unchristian environments ... With prudence and charity, always understanding and excusing everything, they nevertheless, when necessary, called things by their name. Their unity of life was not a technique or a novel way of understanding their relations with God. It had its roots in the depth of the Incarnation of the Word.”

The prestige Tomás and Paquita had with their nine children and, therefore their unquestioned authority, did not come just from the sum total of their examples of piety, hard work, concern for others, and so many other virtues. It came instead from the consistency of their lives: they practised what they said, they lived the way they thought and prayed, and they did all this with great naturalness and admirable constancy. As Teresa, one of their daughters, says in her testimony: everything about them rang true. And in words of Saint John Paul II, this faith became their culture and down to the smallest details of their daily life. When speaking about unity of life, Saint Josemaria used to say that it was the clearest sign of a full self-giving. Expressing this self-giving in the unity of their lives, Tomás and Paquita turned it into a main factor in the education of their children.