"Paquita and Tomás helped me to meet Jesus"

A school teacher describes how she drew close to Jesus and Mary thanks to the example of Christian life given by the Alvira couple. 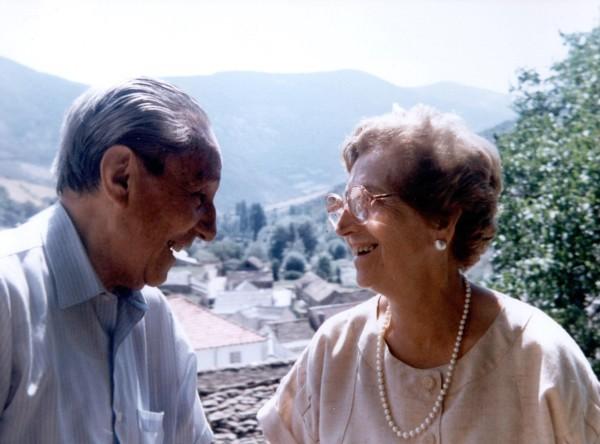 Paquita and Tomás, together with Our Lady, changed my life. I am a 36-year old primary school teacher and have been working for eight years as a tutor in a school. I love working with children of that age and I learn a lot from them.

From the time I was small I have always tried to remain close to God. I went to a Centre of Opus Dei and they taught me to sanctify my daily work, that is, to do the things for Our Lord and to know that people can become saints in the middle of the world. This came home to me a few years later.

It all began when I found the prayer card of Paquita and Tomás on my mobile phone. I had been for a retreat and there they asked me: Why don’t you go to Mass every day? And I replied that I didn’t feel like it. That person told me that it was because I had never had a meeting with Jesus Christ…

Who were that married couple that suddenly appeared among my prayer cards, when I had gone through them time and again and never realized that they existed? I wanted to know more about them and looked for information. I mentioned this to some friends and they told me that a book had been written about them called “La aventura de un matrimonio feliz” (“The adventure of a happy marriage”). I looked around for it in vain and finally decided to buy the book. I never thought that reading it would completely change my life.

I had been going to confession for many years with a priest of Opus Dei. One day he suggested that I say the Rosary from the feast of Our Lady of Mount Carmel to the 15th of August. I have always found it very hard to be constant (…). I would begin eagerly but soon give up and feel discouraged. That day I thought: “I won’t be able to say it every day” … but I began to pray to the Alviras and I realized that as the days passed I needed to say the Rosary. When the month was over I couldn’t believe it and I made up my mind that Our Lady deserved that and much more.

Meanwhile I was reading the book about Paquita and Tomás. They made a great impression on me. Every day they drew me nearer to God. That interior life they had, the way they served others, the love they showed one another… I wanted to be like them.

I liked a story one of their daughters, Maria Isabel, told. “I was around 15 years old when something happened that remained engraved on my mind forever. It was the first and last time that my father addressed me in that way. The first because God must have inspired him, as it was just what I needed at that time and the last because he never had to say it again, such was the impact it had on me. My parents had begun to pray the Rosary aloud in the sitting-room as usual. I got up to leave; I wasn’t annoyed, but I simply didn’t feel like saying the Rosary. On my way out, I passed my father who was seated next to the door. With a sad smile, he whispered: “What a pity, my daughter, you don’t love Our Lady.”

My life continued parallel to the reading about that couple. I fixed a plan of life for myself and resolved to be constant. One day at Mass I suddenly thought… How am I going to be able to do what two people who are going to be declared saints did? At that moment I asked Paquita and Tomás to help me to be constant and to do things with supernatural outlook.

I was very impressed when I read the part where Paquita was already very ill and no longer had strength to do anything. She told her daughter: “A person of Opus Dei has to work and I can’t do anything. What can be done about it?” I often think about how to the end of her life she wanted to do the Will of God at every moment and how she offered up not being able to do the things she used to do in the service of God and others.

I had always started and left off my interior struggle. (…) Now things have changed. (…) I live the Holy Mass as never before. I say the Rosary every day, I do some moments of prayer and of course I pray every day to Paquita and Tomás, asking them to help me along this path to holiness.