Commentary on the Gospel: The Fulness of the Law

Gospel for the 6th Sunday in Ordinary Time (Cycle A), and commentary. 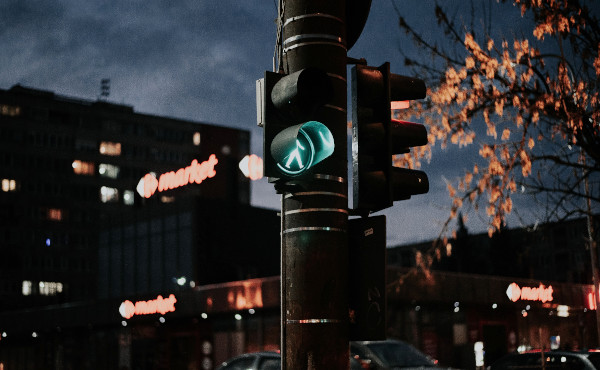 “You have heard that it was said to the men of old, ‘You shall not kill; and whoever kills shall be liable to judgment.’ But I say to you that everyone who is angry with his brother shall be liable to judgment; whoever insults his brother shall be liable to the council, and whoever says, ‘You fool!’ shall be liable to the hell of fire. So if you are offering your gift at the altar, and there remember that your brother has something against you, leave your gift there before the altar and go; first be reconciled to your brother, and then come and offer your gift. Make friends quickly with your accuser, while you are going with him to court, lest your accuser hand you over to the judge, and the judge to the guard, and you be put in prison; truly, I say to you, you will never get out till you have paid the last penny.

“It was also said, ‘Whoever divorces his wife, let him give her a certificate of divorce.’ But I say to you that everyone who divorces his wife, except on the ground of unchastity, makes her an adulteress; and whoever marries a divorced woman commits adultery.

“Again you have heard that it was said to the men of old, ‘You shall not swear falsely, but shall perform to the Lord what you have sworn.’ But I say to you, Do not swear at all, either by heaven, for it is the throne of God, or by the earth, for it is his footstool, or by Jerusalem, for it is the city of the great King. And do not swear by your head, for you cannot make one hair white or black. Let what you say be simply ‘Yes’ or ‘No’; anything more than this comes from the evil one.”

Saint Matthew’s gospel contains five great discourses of Jesus, interspersed with the narration of deeds and miracles. The passage for this Sunday is part of the first of these discourses, the Sermon on the Mount, and consists of a fragment of what has traditionally been called the “antitheses.” The attractive novelty preached by the Master does not fall into the facile topic of transgressing an established norm or its abolition. “Think not that I have come to abolish the law and the prophets; I have come not to abolish them but to fulfill them.” To be citizens of the Kingdom of Heaven, Jesus offers the same as always, but in a new form, full and perfect: what He himself incarnates. And the law of Love which Jesus inaugurates demands fulness even in the smallest matters.

The discourse contains an unusual expression to refer to the Law of Moses: “you have heard that it was said.” This formula, on the one hand, goes back to the oral tradition in Israel (“you have heard”), by means of which the teachers taught people how to live with justice, that is to say, according to the will of God set forth in the Law. Moreover, the formula “it was said” is a Semitic way of avoiding the use of God’s name out of respect. It was God who had spoken, and from Him comes the Mosaic Law. Jesus places himself above Moses, with the same legislative authority as God: “but I say to you.”

To stress the value of human life, the Law said “you shall not kill” (Ex 20:13, Deut 5:17) because you will be open to judgment (cf. Lev 24:17). Jesus states that even wrath towards another person and insult already leave us open to punishment; and to curse another person leaves one open to hell. The dignity of each person is so great that one should repair the most minimal offense against another person before making an offering to God.

Regarding the precept about adultery (cf. Ex 20:14; Deut 5:18), Jesus once again insists on the great respect towards other persons that underlies the Law. If adultery consists in taking possession of a married person for personal satisfaction, one can commit the same sin internally, even if it is not carried out externally: he “has already committed adultery in his heart” (v. 28).

“If your right eye causes you to sin…” (v. 29). Using exaggerations that are very common in Semitic rhetoric, Jesus makes it clear that it is better to lose part of oneself rather than to sin and deserve hell. If something inside a person is opposed to the law of love and respect for another person, it should be cast out, even what is most valuable, as the expressions “right eye” and “right hand” imply.

In the ancient custom of divorce, the Mosaic Law introduced the obligation of the bill of divorce: that is, a document signed by the husband which permitted the woman to be received by another man. Nevertheless, to emphasize the greatness and dignity of the marriage bond with a woman, Jesus makes all divorce invalid. It isn’t easy to interpret the exception Jesus mentions: “except on the ground of unchastity” (porneia) (v. 32). This may refer to leaving a woman with whom one has an illegitimate union.

Jesus also teaches about the Mosaic Law on oath taking (cf. Lev 10:12; Num 30:3; Deut 23:22), which seeks to avoid lying and deception. These come about more easily if, in swearing an oath, one invokes God or something very valuable; thus it is even more grave. Jesus rejects all casuistry and grandiloquent oaths, demanding simplicity and honesty “Let what you say be simply ‘Yes’ or ‘No’; anything more than this comes from the evil one (v. 37), perhaps because the need to stress even more strongly the truth of one’s words opens the door to suspicion.