Commentary on the Gospel: Love Your Enemies

Gospel for the 7th Sunday in Ordinary Time (Cycle A), and commentary. 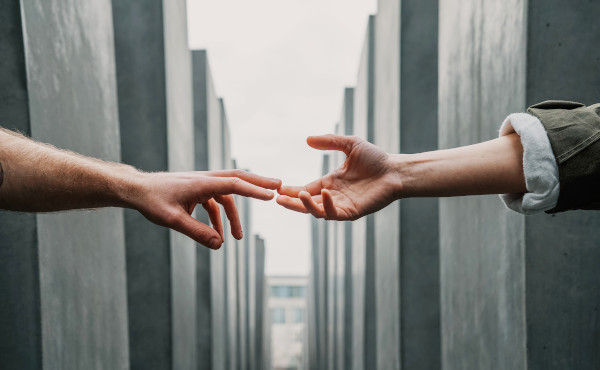 “You have heard that it was said, ‘An eye for an eye and a tooth for a tooth.’ But I say to you, Do not resist one who is evil. But if any one strikes you on the right cheek, turn to him the other also; and if any one would sue you and take your coat, let him have your cloak as well; and if any one forces you to go one mile, go with him two miles. Give to him who begs from you, and do not refuse him who would borrow from you.

“You have heard that it was said, ‘You shall love your neighbor and hate your enemy.’ But I say to you, Love your enemies and pray for those who persecute you, so that you may be sons of your Father who is in heaven; for he makes his sun rise on the evil and on the good, and sends rain on the just and on the unjust. For if you love those who love you, what reward have you? Do not even the tax collectors do the same? And if you salute only your brethren, what more are you doing than others? Do not even the Gentiles do the same? You, therefore, must be perfect, as your heavenly Father is perfect.”

This Gospel passage contains the concluding “antitheses” from the Sermon on the Mount, which we reflected on last Sunday.

The first one invites us to eradicate the ancestral custom of vengeance. In primitive societies, as a reaction to some harm suffered, it was normal to take justice into one’s own hands and inflict in return a greater harm on the aggressor. This gave rise to a chain of aggression and reaction that became ever more violent, and led to great evils and suffering. The lex talionis or “law of retaliation” sought to moderate this escalating violence by setting the limit of “an eye for an eye and a tooth for a tooth” (v.38), establishing that the evil returned could be equivalent to the one suffered, but not greater.

Jesus teaches us here the importance of forgiveness. Forgiving others requires overcoming the impulse never to let the harm received go unpunished, which is possible only by sharing in Christ’s sentiments, through a love that is stronger than hatred. It means reacting like Jesus did on the Cross to those who caused his immense suffering: “Father, forgive them; for they know not what they do” (Lk.23:34).

The second antithesis has its origin in a commandment from the book of Leviticus: “you shall love your neighbor as yourself” (Lev 19:18), to which a popular false interpretation had added: and you shall hate your enemy. This mistake stemmed from a restrictive interpretation of the word “neighbor,” which was seen as applying only to the people of Israel. Hence those not part of Israel who were enemies were considered worthy of hatred.

Also in this case, Jesus perfects this commandment by applying it to every human being: every person, independent of their human or moral qualities, is worthy of being loved. Here too God’s love has taken the initiative, since “if while we were enemies we were reconciled to God by the death of his Son, much more, now that we are reconciled” (Rom 5:10).

How can one react in this way when anger and a desire for vengeance rear up in the face of an offense received? Jesus shows us the way, by teaching us to see God as a loving Father who never wills evil for his children, and who is always ready to forgive their infidelities and offenses.

As Benedict XVI said: “One then understands that for Christians, non-violence is not merely tactical behavior but a person’s way of being, the attitude of one who is so convinced of God’s love and power that he is not afraid to tackle evil with the weapons of love and truth alone. Love of one’s enemy is the nucleus of the ‘Christian revolution,’ a revolution not based on strategies of economic, political or media power: the revolution of love, a love that does not rely ultimately on human resources but is a gift of God which is obtained by trusting solely and unreservedly in his merciful goodness. Here is the newness of the Gospel which silently changes the world! Here is the heroism of the ‘lowly’ who believe in God’s love and spread it, even at the cost of their lives.”[1]

This is the perfection of God, and He calls all men and women to this same level of perfection: “You, therefore, must be perfect, as your heavenly Father is perfect” (v. 48). It is the same call that we find in the Gospel of Saint Luke: “Be merciful, even as your Father is merciful”(Lk 6:36). But who can reach such a high goal? Whoever always lives as a child of such a good Father. As Saint Cyprian wrote: “the fatherhood of God requires that we behave as God’s children, so that God may be glorified and praised by our good conduct.”[2]