November 28th marks the 25th anniversary of the Apostolic Constitution "Ut Sit," by which the Servant of God, Pope John Paul II, gave Opus Dei the canonical form of a Personal Prelature.

In order to provide information about the anniversary throughout the upcoming year, a new section has been added to the web-site which will contain news, various FAQ, and other related documents.

25 years ago, on November 28, 1982, John Paul II erected Opus Dei as a Personal Prelature. The Opus Dei Prelature promotes Christian life and the Church’s evangelizing mission in a way that complements the work of the dioceses.

Recalling that decision in 2001, John Paul II noted that “the membership of the lay faithful in their own particular Churches and in the Prelature, into which they are incorporated, enables the special mission of the Prelature to converge with the evangelizing efforts of each particular Church, as envisaged by the Second Vatican Council” (Address of John Paul II, March 17, 2001).

Archbishop Francesco Monterisi, Secretary of the Congregation for Bishops—the Vatican congregation on which prelatures depend—said in a recent interview that “the figure of the personal prelature is the most appropriate one to enable Opus Dei, as it was conceived by St. Josemaría Escrivá in the light of his profound spirituality, to fulfill its mission in the Church” (Interview, December 11, 2006). 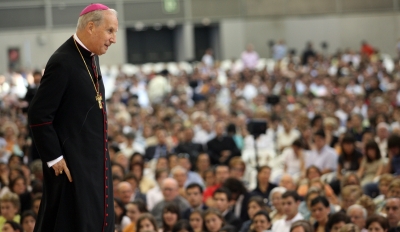 Archbishop Monterisi also pointed out that “the apostolic fruit of Opus Dei benefits the dioceses in which the faithful of the prelature reside. How often it has happened, for example, that the personal apostolate of a faithful of Opus Dei has resulted in the conversion of a friend, a colleague or a relative. The commitment of the laity of Opus Dei, their work in apostolic and social activities, their initiatives, are a stimulus for other faithful, and this means spiritual growth in the diocese.”

Commenting on the experience of the 25 years of the Prelature of Opus Dei's presence in numerous dioceses throughout the world, Archbishop Monterisi said that “the reality of intense apostolic work in communion with the diocesan bishops has been confirmed. This communion is concretized in very different forms, but the Prelature’s desire to be in harmony with all the bishops of the dioceses in which it is active is always the same. One can thus say, in conclusion, that the Personal Prelature contributes to enriching the communion of the Church.” 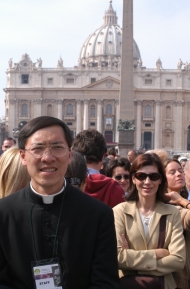 In a pastoral letter written on November 28, 1982, Bishop Álvaro del Portillo, the first Prelate of Opus Dei, affirmed that this act of the Holy Father signified a benefit for the whole Church, “because the only thing that moves us is the spirit of service to this good Mother.”

Pope Benedict XVI referred to this desire to serve the Church and its evangelizing task on the occasion of the fiftieth anniversary of the priestly ordination of the present Prelate, Bishop Javier Echevarría:  “When you stimulate the desires for personal holiness and the apostolic zeal of your priests and laity, you not only see growth in the flock entrusted to you, but you also offer the Church an effective aid in the urgent evangelization of present day society.”

Among the ceremonies commemorating the 25th anniversary will be a conference organized by the Pontifical University of the Holy Cross in Rome on March 10, 2008, in which many theologians and canonists will take part, along with ecclesiastical authorities.

Bishop Echevarría has also wanted that the thanksgiving to God for the erection of the Prelature take the form of prayer, and so he has announced a Marian Year in the Prelature.

With the goal of providing information about this anniversary, a new section has been opened on the Opus Dei web-site. It will offer news, answers to frequently asked questions (FAQ) and other related documents.