"Visiting prisoners has been for many of us not only an act of mercy, but a humanising experience of stepping into a world, like our own, in need of redemption." 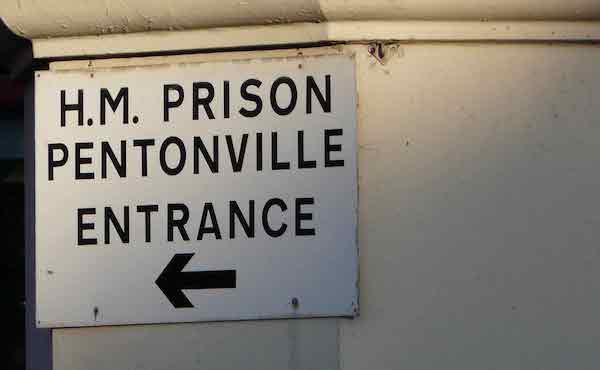 Netherhall House is an intercollegiate hall of residence for students in London. The hall hosts 85 young men from the different London Universities, and is open to students of all faiths and backgrounds.

Just before the end of last year, I was taken for a tour of Pentonville Prison to prepare for a group of Netherhall House students who were going to sing during the Sunday Mass at the prison. Entering into a prison for the first time, even as a visitor, is a unique experience. Somehow one feels as if everything there is exactly as one would expect it to be: gates, barbed wire, long corridors, banging of doors, keys, locks and more locks. I only knew about prisons from films and novels.

And still what makes it striking is the awareness that this time it is all for real, that some human beings are deprived of freedom and locked behind bars; a realisation that for most of us, who live in the “free world,” comes as a shock.

The idea of a prison visit first came from a meeting with John Coleby, director of Caritas Westminster, who suggested taking students from Netherhall to attend the Sunday Mass at Pentonville. Originally the idea was just to attend Mass with the inmates, but it soon developed into embellishing the liturgy of the Mass with the presence of the Netherhall House students’ choir.

I do not know whether you have ever had the chance to go to Mass in prison. For a Catholic, the Holy Mass is the commemoration of the Sacrifice of the Cross and the work of our Redemption. How powerful the Mass becomes then, when it is celebrated in a place for convicts.

But a Mass in prison has its own peculiarities. There are interruptions, and distractions and the moments of silence and reflection can quickly come to an abrupt end by the chatting of inmates. Miguel, a resident in Netherhall and member of the choir puts it this way: “For most of the Mass, the inmates were genuinely engaged, recollected and well behaved. A humorous exception was the moment when the priest invited everyone to give each other the sign of peace, which they used as an opportunity to say hello to their friends and to socialise!”

We were surprised by the great number of inmates taking part in the Sunday celebration and the simplicity and piety of most of them. As Jakub, a student at the Royal Academy of Music and conductor of the Netherhall choir explains: “The piety of the inmates towards Our Lady was evident. After the Mass had finished, a good number of them rushed to be the first ones to light a candle in front of the statue of Our Lady. As the choir members were placed next to this statue, in no time I found myself surrounded by inmates, with not even space to move my hands to conduct the hymn the choir was singing.”

Before and after the Mass, we have the chance to chat to some of the inmates, to get to know a bit about them and their personal stories and share with them some words of hope, encouragement and support. One of the inmates told us about his remorse and regret for past actions, another expressed his deep belief that his being in prison was part of God’s plans and thus a time he wanted to make good use of. The authenticity of those personal accounts was evident and moving.

Three months after we started our visits, the benefits are starting to show. As Father Stephen, chaplain of Pentonville, emphasises, “having a group of students taking part in the Sunday Mass in a place like Pentonville prison brings along a sense of normality to the uncommon congregation.” And Miguel corroborates, “After Mass some of the prisoners came to thank us personally for the singing. One inmate even took away a copy of our hymn sheets, so he could learn them himself. I saw true faith, joy and gratitude in many of the inmates, which was very moving and inspiring, considering the difficult situation they live in.”

Some of the students initially came to sing at Mass out of curiosity and a desire to know more about the world of prisons. Many of them like Han, Manuel and John have found the visits enriching and challenging at the same time. “Talking to prisoners, one realises that in each cell a human history and drama has taken place,” says Manel, an Imperial College resident. Ciaran, a law student, wrote after his first visit: "Singing at a Sunday Mass in a prison was an incredible experience I never expected to have. As much as I hoped to offer something positive to the Pentonville prisoners, seeing a young inmate in sincere prayer after the Mass had finished taught me a lesson about the power that a strong faith can have for those in the most difficult of situations. I left having been presented with a striking example of religious belief and perseverance."

As we get to know the inmates and they get to know us, we hope we can bring hope to those in jail and learn from the good and bad experiences of each other. More and more residents have asked to join us for the Sunday Mass in Pentonville. So much so that we are now planning to go every fortnight.

"I was in prison and you came to visit me … I tell you the truth, whatever you did for one of the least of these brothers of mine, you did for me." Visiting prisoners has been for many of us not only an act of mercy, but a humanising experience of stepping into a world, like our own, in need of redemption.