Four stories about people who have overcome the "trial of the coronavirus": a 99 year old widow, a Down Syndrome boy, a retired domestic worker and a university professor. 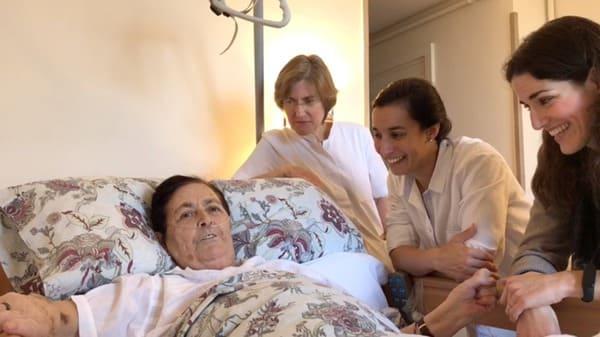 Happy Birthday in an ICU

On April 8th Javier was reborn. Not in a delivery room, but in an ICU. The day he regained consciousness was his 51st birthday. The nurses fashioned balloons with surgical gloves and sang “Happy Birthday” when midnight came. He will never forget it. He had been unconscious for over a month in the ICU, sedated for half that time.

His memory stops on March 12th, when he entered the University of Navarre Clinic in Madrid with a fever, after his sixth session of chemotherapy. Javier is a philosopher and university professor who lives in a center of Opus Dei. When he came down with the virus he had just completed treatment to reduce a cancerous tumor, and his defenses were greatly lowered. His doctors had told him that he was at his “nadir,” the point of greatest vulnerability in his life. Then came COVID-19. 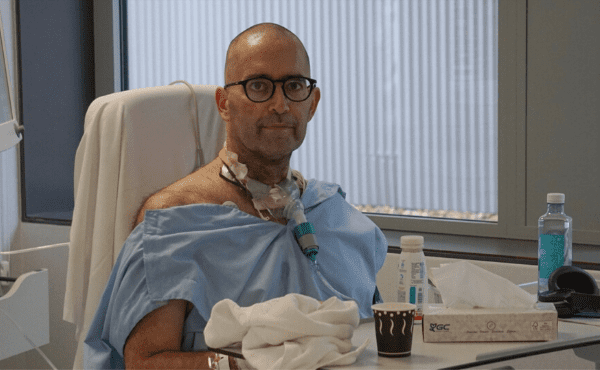 “I don’t remember anything, even though I know that I was close to passing out a couple of times. But thanks be to God, they continued working on me. They used their imagination and looked up similar cases in Italy: they decided to turn me over every eight hours so that I could continue to breathe, besides carrying out a tracheotomy,” he relates.

He spent thirty-five days in the ICU, losing 20 kilos and with his body covered with wounds. He ended up with no muscular mass. He suffered a collapsed lung and his pulmonary capacity was only 30%. He looked like a “Christ figure” tied to his bed, to his respirator and the machines monitoring his vital constants. In spite of the fact that he was about to die on several occasions, the doctors and nurses refused to stop trying to save his life.

In the meantime, hundreds of people were praying for him. “My friends began exchanging messages with one another, asking for prayers so that I might improve. The chain of prayer kept lengthening and I learned that even people in the United States and Kenya (which I used to travel to frequently) were praying for me, Catholics and people of other beliefs, even a Protestant minister,” he says.

The days passed by while he was unconscious, mixing sleep and reality. He imagined that instead of nurses with green PPE uniforms caring for him there were fierce Italian women dressed in black. He even saw himself in a heavenly place filled with laughing children, where the happiness of a perfect love seemed to await him. He says he was given the opportunity to choose between staying there or returning to this imperfect world, where he is the head of a fund-raising campaign to provide education and food for 300 poor children in Kenya. He also remembered that he needed to ask for forgiveness from someone he had harmed. He chose to come back. It was his 51st birthday.

“I am afraid of forgetting that this is a second chance. We are here to live a life filled with meaning, to give importance to what is truly of value, and not to what is passing. It has been a moving experience to feel the force of the Communion of the Saints, that I am not alone. When I received the Anointing of Sick, I felt myself to be truly protected.” 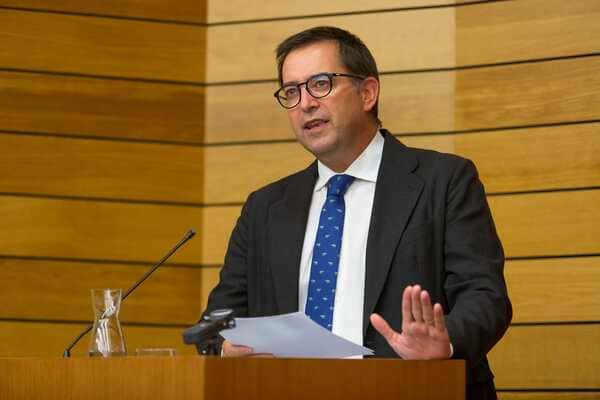 As he continues to regain strength and prepares for the operation on his tumor, Javier is already at work on the fund-raising campaign to help needy children in Kenya. Many people continue making contributions, even in the midst of the pandemic. The project is called Karibu Sana, which in Swahili means “Welcome.”

One of the discarded people

Ines is 99 years old and a supernumerary in Opus Dei. For the last six years she has lived in a home run by religious in Madrid. Unable to care for herself, she is deaf, needs a walker and has heart problems. At times she needs to use oxygen.

In March she came down with flu-like symptoms (no one knew yet it was COVID) and she had to be moved to a hospital. Because of her age, she did not have the right to make use of a ventilator, and the doctors had little hope that she would live. But she did.

When she returned to the residence, the religious isolated her for a time. She didn’t know where she was or what her name was. “Little by little she regained consciousness, and now speaks normally. She is aware of the epidemic, and knows that other people around her have died, but she is not afraid to die. She is serene and says that she will go when God wants,” says a family member. 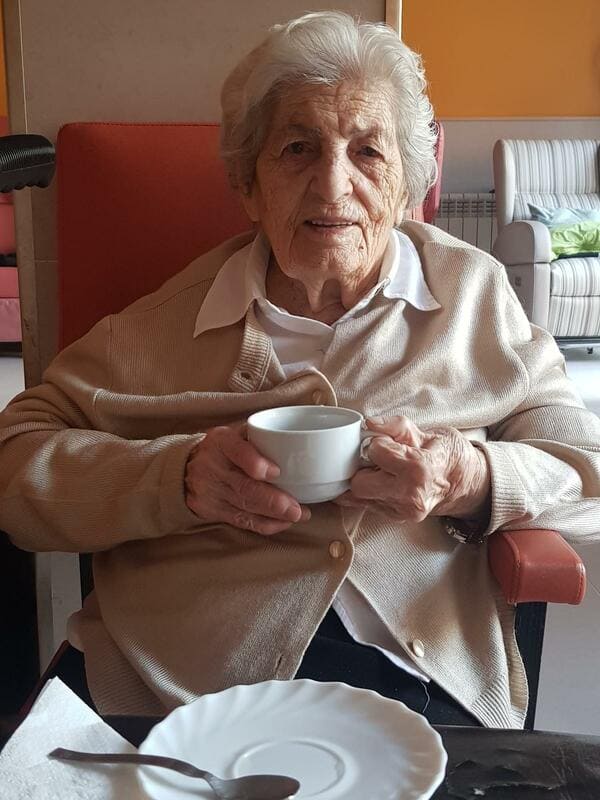 The sisters had to isolate themselves when the epidemic broke out, and the direction of the residence was taken on by a team of medical professionals sent by the Community of Madrid. When the situation became more stable, the volunteers began returning little by little. Many of them are surprised by Ines’ optimism and joy, how she prays the Rosary and receives Holy Communion, and her spirit of service.

Moved by her example, some of the volunteers have begun to go to Confession and to receive Holy Communion. Ines was one of the “discarded people” of COVID. No one would have bet much on her possibility of surviving. The sisters sometimes ask her: “Ines, do you know why you are here? To help a lot of people.” And she breaks out laughing.

Vitorina, 79 years old, is a numerary assistant in Opus Dei. After many years working in household tasks in the centers of Opus Dei, she is now enjoying her retirement. But near the end of March, after becoming unconscious, she woke up in the University Hospital in Bilbao. There a month of convalescence awaited her, with periods of isolation and solitude. “At the beginning I didn’t know that I had COVID. The joints in my feet and legs were as if tied with a cord and I could hardly move; but they told me that with walking and rehabilitation I would improve,” she says.

For some time, the right side of Vitorina’s body did not respond. She limped and walked with a cane. One night she took a turn for the worse. “I blew up like a balloon.” Finally the dreaded diagnosis came: she was suffering from the coronavirus, which gave rise to pneumonia. Besides this, she caught a hospital bacteria and had a collapsed lung that also threatened her life. But she kept on fighting. Now she has only words of gratitude for those who cared for her there. 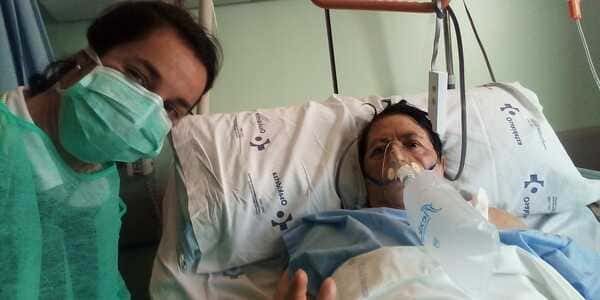 She often thought about death. “The scale could have tipped one way or the other,” she says. She placed herself in God’s hands and had recourse to Our Lady of Ransom. “I love life and would like to keep on living.”

For those undergoing the trial of the coronavirus, Vitorina has a clear message: “they should have faith, and a lot of hope; they shouldn’t lose hope. Life is the greatest gift, and it is worthwhile to struggle to keep on living.”

Felipe is the favorite of his parents and of his seven siblings. That is why all of them felt a knot in their stomach when, in the week of March 9th, his fever began to rise. It is often hard to guess what is happening to him, because he does not express himself well; he doesn’t complain and doesn’t understand certain ideas. Felipe has Down Syndrome.

One week later, Felipe entered CUN Madrid with bilateral pneumonia due to coronavirus. In order to communicate with the doctors and nurses, one of his sisters, Maria, went with him to the hospital. 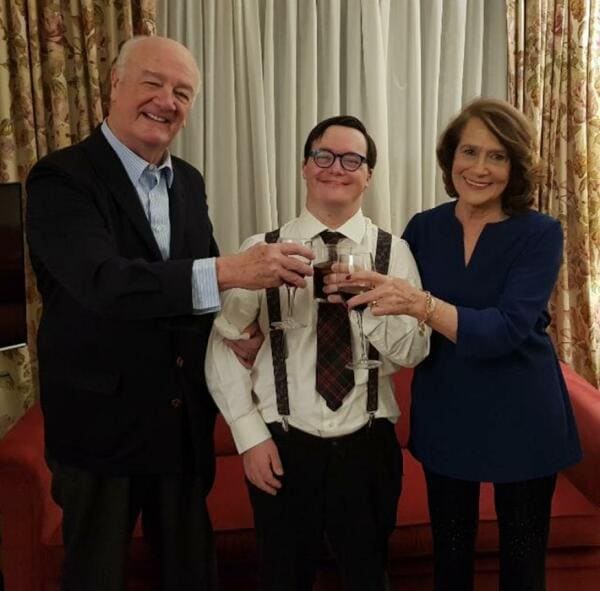 Felipe is a gift for the whole family. “When at his side you forget your own problems. As a sister of mine wrote one day, what for us would be boring, repetitive, or even ridiculous, for him is something marvelous. He enjoys everything; he is always smiling, and doesn’t criticize or think badly about anyone; he never offends you,” says Maria.

“These people have an intellectual disability, but each one is unique. Felipe has his own personality and character; he likes music a lot, and his favorite movies are The Lion King, Mary Poppins, and Matilda. He dreams of traveling in a boat in summer, and is enthused about Christmas and singing Christmas carols around the Advent wreath. And he has a special love for Pedro, his youngest brother,” Maria recounts.

“I knew that he could infect me with the virus, but when your job is to help your brother get better, you forget about that. I put myself in God’s hands and relied on the prayer and support of so many people,” she says.

In the hospital Felipe slept practically the whole day and didn’t eat. “Even though the doctors told me that this was normal, I had the feeling that he was fading little by little.” Finally, the doctors said that he was not breathing properly. “I put on the music that he liked in order to try to help him breathe better, and at 2:15 pm the whole family connected through ZOOM; this was another stimulus for him. Each of my brothers and sisters and my parents tried to make him laugh and asked him questions to keep him awake. At 8:00 in the evening we told him that we had to clap for the doctors and he revived for a while. But despite these efforts, it was not enough. His breathing was not good,” his sister says.

After having tried all possible types of oxygen masks in order to avoid intubating him, they moved him to the ICU. Felipe did not understand it. “It was a very difficult moment; I had to explain that he was going to be with other doctors on another floor and I was not going with him, but we would soon see each other again.” Maria recalls.

Three days later Maria went to the “cubicle” of the ICU to be with her brother while they took out the tube, to prevent him from becoming frightened. Just when it seemed that the situation was improving, Felipe and Maria’s parents tested positive for COVID and had to enter the hospital as well. “My father is a patient at risk, he has been operated on twice for cancer, one of the times on his lung. My mother went home after three days while my father spent sixteen days and with a very grave diagnosis,” Maria goes on. 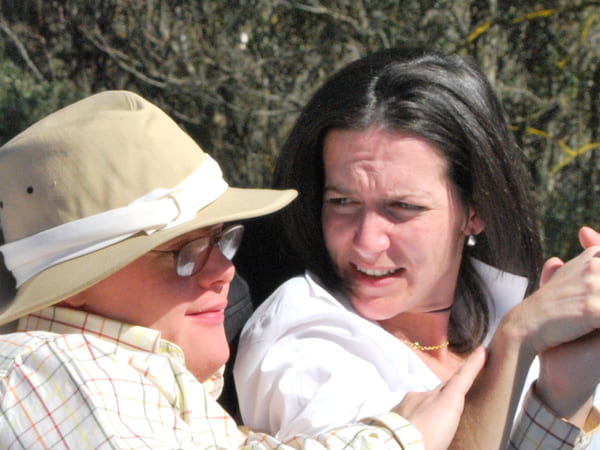 “I have the great good fortune of my faith in God and being in Opus Dei, which has helped me especially at this time,” Maria recalls. “You realize that you can count on a strength that is not yours alone.”

Their family was surrounded by an army of doctors, nurses, orderlies, cleaning staff, in whom Maria discovered “the face of God who is Love. People who live for others, without watching the clock, without a frown, working 12, 14, 18 hours at a time.”

“To those who have lost family members, I would tell them to have hope and to be sure that from heaven they will help us more. I think that this situation has caused all of us to reflect,” Maria says. When we emerge from this trial we will have learned the value of friendship, what it means to share, the richness of being in a family, the true meaning of suffering and sacrifice. We will have learned to distinguish between what is necessary and what is superfluous, and how to discover the best in each person.”