Alberto, who lives in Oporto, Portugal, is the son of a fisherman. A Cooperator of Opus Dei, he speaks about rediscovering the sacrament of Confession after 18 years. 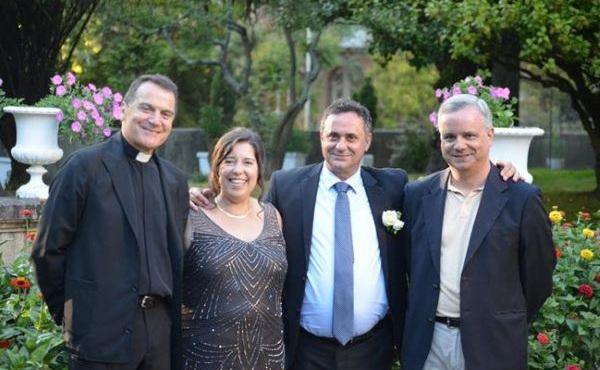 Alberto and his wife, with two of their friends.

My name is Alberto. I was born in Gaia, Portugal, 52 years ago. My family is from a humble background. My father was a fisherman and my mother sold what he caught.

When I was young, I was a good athlete. I trained every day on a dirt track and competed in footraces, and even went to the National Championships. My specialty was the 100 meters.

I was born into a Catholic family, but at the age of 12 I stopped going to Mass. I only went to funerals. I remember the visit of Pope John Paul II to Oporto, and seeing the images on television of his arrival by helicopter in Serra del Pilar. My mother was happy, but it didn’t interest me.

I was fascinated by computers. When I was 13 I got my first personal computer. One day I asked my mother for a Timex Sinclair PC with 8KB of memory for Christmas. Today, any watch or a simple calculator has more memory and can do much more than that PC.

I also liked movies a lot. I am a great fan of Star Wars. Since I was young, every time that a new episode came out, I saved up enough money to go to the theater and see it.

A close tie with the sea

I had little free time. My father always asked me to help him in his fishing boat during the Christmas, Easter and summer vacations. He said he wanted to train me in case if I flunked a year at school, so I could work as a fisherman.

I have always had a close relationship with the sea. We fished in the river and in the sea, at the mouth of the Duero River or off the coast of Oporto. As a child, I grew up among people who knew the sea, and who spent their nights hoping for a good catch. One day a boat close to us sank. I have never forgotten it. Three people drowned and I thought: “Why them and not me?” I had never thought about death. It was a topic that didn’t concern me. I lived for the present, and didn’t think about the future. I thought I was the center of everything, and saw no need for God in my life.

My father once told me. “Study hard so you won’t have to become a fisherman like your father.” He wanted me to become a doctor. But I discontinued my studies when I graduated from high school.

I knew little about the Church’s teachings and my distance from the faith led me to have feelings towards others that were not always correct. As the years went by I didn’t realize how far I had drifted away from Him. When something went wrong, the easiest explanation was to say it was “bad luck.”

I met Carla, my future wife, through other friends when I was 18 years old. We started going out together and often went to the beach at Salgueiros. We understood each other very well. Sometimes I bought her flowers (she liked yellow tulips), and we often went to the movies (especially Star Wars when possible), and enjoyed an ice cream on summer afternoons. In a natural way the topic of marriage arose, and we were married in the church of Cedofeita when we were 25. 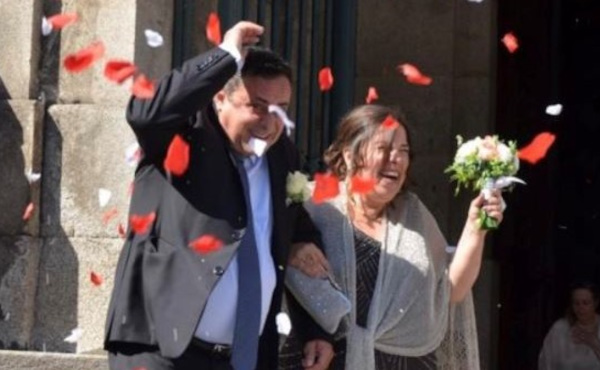 I began working in the administration department in a university in Oporto, and later in the San Antonio hospital, with the idea of continuing my studies in the future. In 1991, I was offered a job in a bank.

In the office of that bank I met Fernando. Over lunch or coffee we talked about everything. One day he invited me to see some videos of a saint. That was my first contact with Saint Josemaria. I enjoyed talking with people who had a good Christian formation. In 1998, I made my first retreat. I read the book The Faith Explained by Leo J. Trese. That book and the silence of the retreat helped me to hear God’s voice once again.

ln that retreat I learned to pray the Our Father and the Hail Mary, prayers that I had forgotten. At the end of those days of prayer, I was the last one still in the chapel, close to the altar. I wanted to thank God for all I had received.

I arrived home with a broad smile on my face and a joy I couldn’t explain. Nothing was ever the same again.

“It has to happen some day”

Time shapes us and, without realizing it, we inevitably change. We aren’t as young, and grow more mature. I remember a small book, which I still have, in which the rite of confession was explained. I thought: “It has to happen some day…”

My friend, Fernando, encouraged me to trust in God’s mercy. So finally one day I made the decision to go to confession. I had not done so in the last 18 years. I was nervous and embarrassed, even though I knew the priest and trusted him. I was able to prepare myself well in the oratory, with the help of some questions to examine my conscience.

That day was unforgettable. To my amazement, the priest told me that as a penance I could say an Our Father and two Hail Marys. I asked: “And that’s all?”

I began going to Mass again and felt a new joy in my life. I also realized that I couldn’t keep this secret to myself. One day someone at work, whom I didn’t even get along with very well, told me that his father was sick. I said I would pray for him and he asked me: “But does prayer really do anything?” I replied: “With God, nothing is impossible.” Two weeks later, his father left the hospital and he called me right away to thank me.

Another friend lost his wife. I tried to encourage him: “If we believe in God, we have to see life as a journey. This is only a “see you later.” He looked at me and said: “Maybe you’re right.”

Today I’m a Cooperator of Opus Dei. I remember how in the oratory of the center of the Work where I went to Confession, I cried a lot. I had left God out of my life for 18 years. But He has always been there and now I know that He is with me.