A Priest on a Dusty Road

Fr. Joaquim Cabanyes died at the age of 62 in Nigeria, due to Covid-19. Jaime remembers meeting him on a hot dusty road 20 years ago, in the middle of Nigeria. 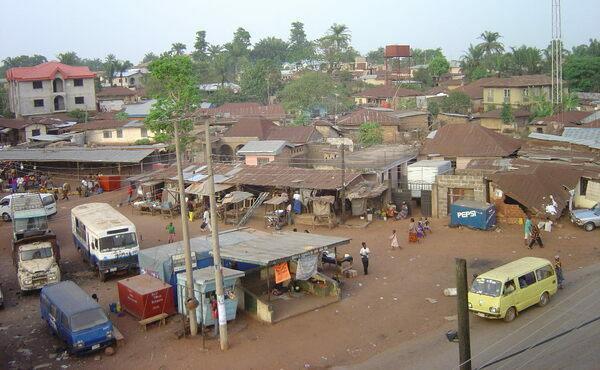 For the past 30 years my work has involved traveling to many countries to promote international cooperation and development. I have thus had the opportunity to get to know and work in many of the most depressed places on our planet. Many of the people I have met were truly impressive. One of them was Fr. Joachim Cabanyes.

It was 20 years ago in one of those “big villages” in the center of Nigeria called Nsukka. I saw him approaching from quite a distance. Like so many people one sees in rural Africa, he was walking along a long rolling road of reddish dirt, baking in the 100 degree heat, half floating in a trembling mirage.

When he reached my side he was hardly perspiring. With a modest and quick gesture he hid a Rosary he carried in his hand, while with his other hand he offered me a cordial greeting reflected in his warm eyes and wide smile. 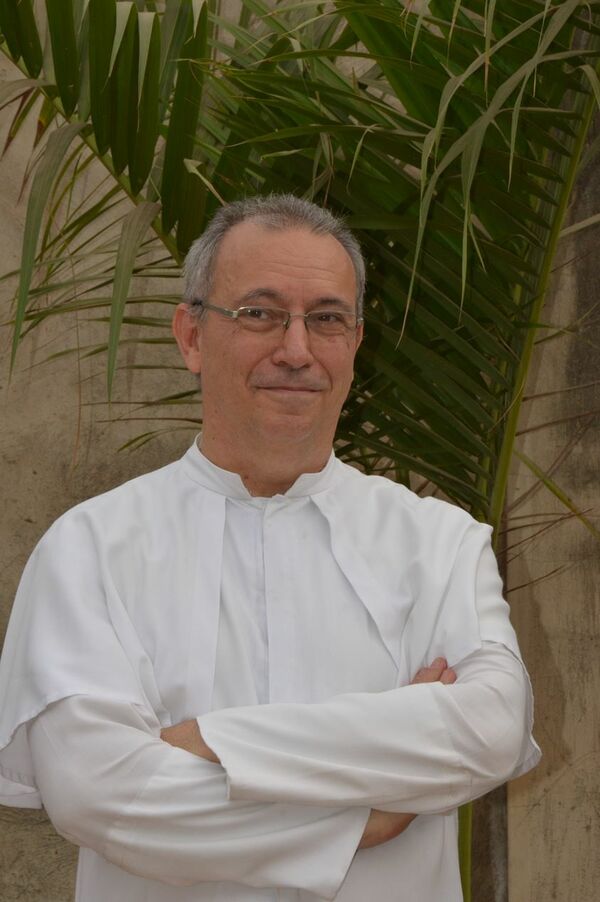 It turned out that he was a priest of Opus Dei. He had been in Nigeria for a number of years, working as the chaplain at the rural university in Nsukka. He showed a great aptitude for praying and smiling, two talents I later learned that hid many virtues under them. In his house there was no stable electric light, nor running water. It was the “local standard” and brought with it two consequences. At night, when the electricity went off, the ventilator on the roof stopped working and with it all hope of cooling. And to bathe, one had to go down to street level and bring up water in buckets from a uralite tank refilled from a truck once a week. A modest shower with a bucket and ladle was the only protection against the African dust.

It was, as I said, the local standard, and compared with other places it wasn’t so bad. In Fr. Joachim’s case it was voluntary—what is often called “a vocation to service.” He had chosen to serve his African brothers and sisters, and that choice included the price of discomforts that he happily paid.

The people loved him. In that rural Africa, an Onye Ocha, a white man, is always the object of curiosity. If besides that he is a religious person, a priest, the African soul so open to the spirit shows a natural respect. But there was something else; it was something more vital and simple: friendship, a deep affection. It is difficult to describe the impact of a generous response to an ardent interior commitment: to want to be a living witness to God’s love and mercy. 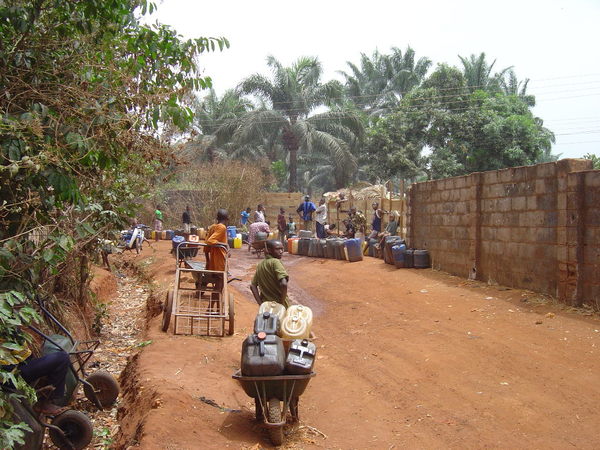 His commitment was so real and lasting that it led him to leave a presumably comfortable life in Madrid, where he was born in a well-off family, and to die in Nigeria, not far from Nsukka, at the age of 62. The immediate cause was Covid-19 and with it an aggressive pulmonary infection which in three days ended his life. But I imagine his body's resistance was already affected by years of red dust, malaria, and nights with no possibility of a cool breeze.

But the real cause was his deep spirit of service to the sick in this pandemic. The visits to hospitals. The constant attention to many in their houses or huts and the eagerness to bring consolation to souls. All this brought with it the price of the risk of contagion.

Although it was very brief, that encounter 20 years ago with a priest on a dusty road in Africa left many valuable things in my soul. Perhaps above all the remembrance of his prayer and his smile.