Prelate: "Guadalupe was happy because she let Jesus guide her"

The Prelate of Opus Dei celebrated a Mass of Thanksgiving in Rome for the Beatification of the Spanish chemist, Guadalupe Ortiz de Landázuri (1916-1975): "These days have reminded us once again that holiness, which God's love calls us to, is a real possibility for all men and women." 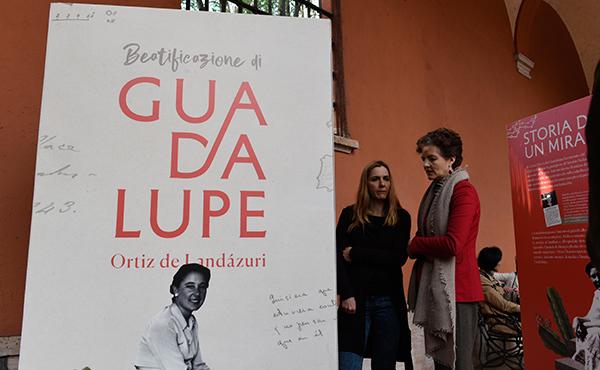 Many Roman families were in attendance, together with pilgrims from other countries who were passing through Rome after making the trip to Madrid for the beatification.


What stands out when considering Guadalupe's life, Monsignor Ocáriz said in the homily (complete text here), is her cheerfulness: "Guadalupe's joy was something deep, not superficial; it brought her peace in difficult times, and enabled her to be kind to so many different people. It was a joy compatible with both hard work and rest."

Guadalupe's joy was founded on union with Christ, Ocáriz said, which led her to forget about herself and to strive to understand each person, proactively seeking out less pleasant tasks in order to facilitate the work of her colleagues.

"These past few days of Guadalupe's beatification have reminded us that holiness, which is what God's love calls us to, is a real possibility for all men and women. The path to this goal is found in service to others, with the strength of the Holy Spirit who identifies us with Christ."

Pope Francis has referred to the new Blessed Guadalupe Ortiz twice in the past two days: first through a letter that was read during the beatification ceremony in Madrid on Saturday, and then again on Sunday, during the recitation of the Regina Caeli in St Peter's Square. The Pope said, "Her witness is an example for all Christian women who are dedicated to social activities and scientific research."

The organizing committee for the beatification wanted it to be an occasion for solidarity, in honor of the new Blessed and her social concerns. Thanks to donations from the participants in the various ceremonies, over the next decade one hundred African women will have the opportunity to carry out scientific research in Europen countries, through the NGO Harambee Africa International. According to Harambee, the aim is "to promote the leadership of African women in scientific research with the aim of strengthening research centers in Africa, especially in the two areas of greatest impact on people: the improvement of human health and the protection of the environment."