Commentary on the Gospel: Baptism of Jesus

Gospel for the Sunday of the Baptism of the Lord (Cycle A), and commentary. 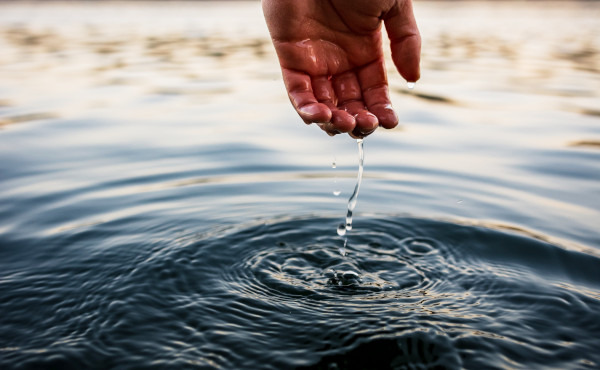 Then Jesus came from Galilee to the Jordan to John, to be baptized by him. John would have prevented him, saying,

“I need to be baptized by you, and do you come to me?”

But Jesus answered him,

“Let it be so now; for thus it is fitting for us to fulfil all righteousness.”

Then he consented. And when Jesus was baptized, he went up immediately from the water, and behold, the heavens were opened and he saw the Spirit of God descending like a dove, and alighting on him; and lo, a voice from heaven, saying,

“This is my beloved Son, with whom I am well pleased.”

John preached a baptism of penance for the remission of sins. Many people flocked to him to listen to his words and fulfil this penitential sign, with the desire to start a new life after the rite of purification. Jesus comes with the other people as one more among them. But how is it possible that Jesus does so? He has no sins in need of forgiveness! The Baptist—like us—is disconcerted by Jesus’ behavior and says: “I need to be baptized by you, and do you come to me?” (Mt 3:14). But Jesus replies: “Let it be so now; for thus it is fitting for us to fulfill all righteousness” (Mt 3:15). In the cultural context of the Judaism of that time, “righteousness” was viewed as the faithful fulfillment of the Torah, as the full acceptance of the divine will. Jesus received the baptism of John as a sign of his unconditional compliance with the divine will. The deep meaning of what is now taking place is manifested only at the end of Christ’s earthly life—in his Death and Resurrection.

By coming to receive John’s baptism, Jesus begins to manifest himself as the one who fulfills the saving plans of God to bring his people to the promised homeland of Heaven. Jesus begins his public life when he rises from the waters of the River Jordan. Moses had died, after contemplating the Promised Land from Mount Nebo, just before crossing the same river in which Jesus was baptized. Now Jesus begins his preaching on leaving the Jordan, which was where the life of Moses had ended. It is Jesus who truly brings to fulfillment what Moses had begun.

Moreover, the words heard by the people signal quite clearly that everything that had been announced by God has begun to be fulfilled. The phrase “This is my beloved Son” (v. 17), pronounced by a voice from heaven, is an echo of God’s words addressed Abraham when asking him to sacrifice his son Isaac: “Take your son, your only son Isaac, whom you love” (Gen 22:2). Thus a parallel is established between the dramatic scene in Genesis, where Abraham is willing to sacrifice his only son Isaac who accompanies him without resisting, with the drama consummated on Calvary, where God the Father offered his Son in a sacrifice accepted voluntarily for the redemption of the human race.

The next phrase, “with whom I am well pleased” (v. 17), recalls the beginning of the Canticles of the Servant of the Lord in the Book of Isaiah: “Behold my servant, whom I uphold, my chosen, in whom my soul delights” (Is 42:1). It is in the fourth of these canticles that we see clearly delineated everything the Servant of the Lord will need to suffer in order to redeem mankind: “But he was wounded for our transgressions, he was bruised for our iniquities; upon him was the chastisement that made us whole, and with his stripes we are healed” (Is 53:4-5).

As the Catechism of the Catholic Church teaches: “The Spirit whom Jesus possessed in fullness from his conception comes to ‘rest on him.’ Jesus will be the source of the Spirit for all mankind. At his baptism ‘the heavens were opened’ (v. 16)—the heavens that Adam’s sin had closed—and the waters were sanctified by the descent of Jesus and the Spirit, a prelude to the new creation.”[1] From this moment on, the redeeming and sanctifying action of the Most Holy Trinity will be manifested ever more clearly in Jesus’ life, in his teaching and miracles, and in his Passion, Death and Resurrection.