An article published in "BusinessWorld" on 1 June 2021. Reflections on the value of human work from Pope John Paul II, Msgr. Fernando Ocariz, and St. Josemaria Escriva 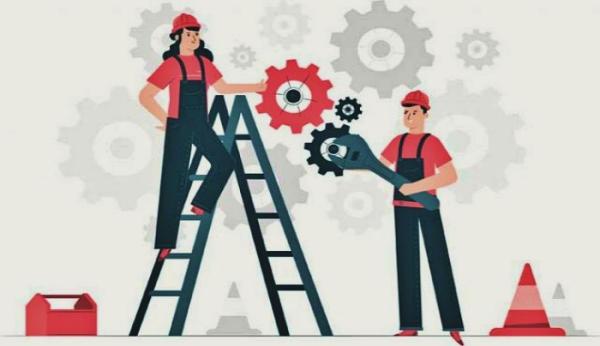 First published in the Philippines in BusinessWorld, 1 June 2021

Those who are trying to fathom the future of work after the pandemic are focusing inordinately on the technical and technological aspects of work. There is much talk about remote work (work from home), hybrid work (a combination of working at home and at the office), the digitalization of communications and transactions, acceleration of the so-called Industrial Revolution 4.0 (Artificial Intelligence, robotization, Internet of Things, Big Data), etc. We should not forget, however, that work is, first and foremost, a human activity. As St. John Paul II wrote in his encyclical “On Human Work”:


“Through work man must earn his daily bread and contribute to the continual advance of science and technology and, above all, to elevating unceasingly the cultural and moral level of the society within which he lives in community with those who belong to the same family. And work means any activity by man, whether manual or intellectual, whatever its nature or circumstances; it means any human activity that can and must be recognized as work, in the midst of all the many activities of which man is capable and to which he is predisposed by his very nature, by virtue of humanity itself.”

“Man is made to be in the visible universe an image and likeness of God himself, and he is placed in it in order to subdue the earth. From the beginning therefore he is called to work. Work is one of the characteristics that distinguish man from the rest of creatures, whose activity for sustaining their lives cannot be called work. Only man is capable of work, and only man works, as the same time by work occupying his existence on earth. Thus, work bear a particular mark of man and of humanity, the mark of a person operating within a community of persons. And this mark decides its interior characteristics; in a sense it constitutes its very nature.” 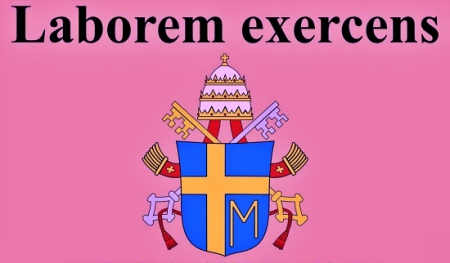 Msgr. Fernando Ocariz, Prelate of Opus Dei, reminds us of these words of St. John Paul II. In an article entitled “The Work of the Future: ‘Recreating’ the World of Human Relationships,” he stresses the truth that work offers us the opportunity to strengthen a key dimension of the human person: the capacity to welcome and be open to others. Any prognostication about work in the future should start from this fundamental premise. He quotes Pope Francis who, in his Labor Day address on May 1, said: “It is the human person’s first vocation: to work. And this gives dignity to each person.”

Msgr. Ocariz recognizes the adverse impact of the COVID-19 pandemic on work: “The pandemic continues to afflict the work of millions of men and women, with many lost jobs and a precarious work environment. These two wounds, unemployment and uncertainty, raise questions about the work of the future.”

Indeed, more than worrying too much about how those who have jobs will adjust to hybrid work or to digitalization, our greatest concern should be how to find work for those who lost their jobs during the pandemic and how to address both the unemployment and underemployment problem that can affect as much as a quarter of the entire labor force of the Philippines.

In preparing to meet the challenges that will be posed by conditions facing workers in the New Reality, I would give the highest importance to how to help those who lost their jobs as a result of the economic contraction of as high as 9.6% of GDP in 2020, a 4.2% drop for the first quarter of 2021, and a possible higher decline in the second quarter of this year. Some of the most obvious solutions would be reskilling the jobless so that they can meet the labor shortages in the construction industry, in the health sector (nurses, care givers, physical therapists), and quality public school teachers. 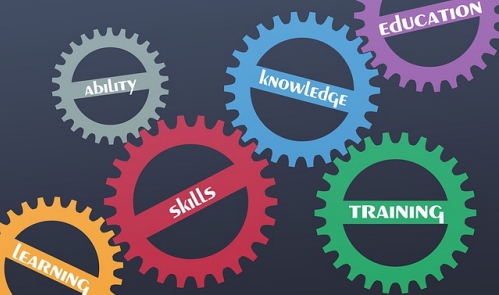 There should also be a quick decision on the part of both the government and the private sector on how to enhance the wages and fringe benefits of the hordes of food delivery drivers and others who work for such logistics companies as Lazada, Lalamove, Angkas, and Grab. During the COVID-19 pandemic, consumers, mostly from the A and B households, have turned to e-commerce for the purchase of all sorts of consumer products, including consumer durables such as appliances and furniture. It is expected that these consumer behavior patterns will remain in the New Reality. This will give rise to another major labor question on the status of these riders and drivers. Are they the employees of the digital platforms or are they self-employed workers?

As reported by Roy Stephen Canivel in an article in the Philippine Daily Inquirer (May 13), last March the government of Spain announced a law that would classify food delivery riders as employees of digital platforms. Months before, the Supreme Court of Spain ruled that riders are employees, too. Similar decisions are being made in the United Kingdom and France. After a landmark ruling of the UK’s Supreme Court, Uber reclassified 70,000 UK drivers as its workers. This would entitle them to at least a minimum wage, vacation pay, and other benefits. It would be ideal if the private companies investing in these logistics companies should decide to follow the example of Uber in the UK, without waiting for a government decree.

There is also the issue of the possible deterioration in the quality of human relationships, the greatest source of happiness for human beings, as empirically proved in a number of social science research projects. 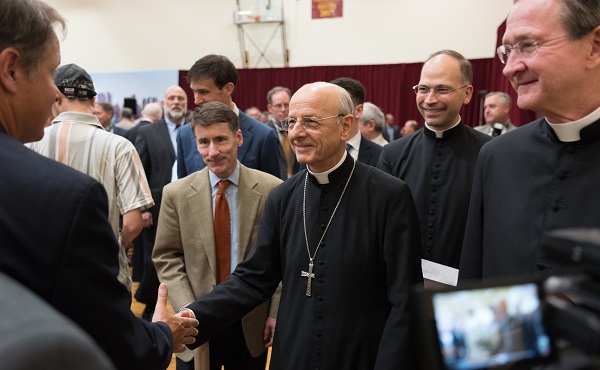 Msgr. Ocariz points out: “In many places, the health crisis has displaced face-to-face work to screens at home, with both positive and negative aspects. In teleworking, we see both the glory of technology and its limits. If, on the one hand, progress has been made in efficiency and seemingly insurmountable obstacles have been overcome, at the same time we see that human beings need real relationships, not virtual ones, in order to share what each of us harbors in his or her heart.”

If we want the post-pandemic world to continue having as its primordial goal the integral human development for all, “preserving and creating jobs, with the creativity of those who truly seek the good of others, is perhaps today one of the key imperatives of charity.”


Industrial Revolution 4.0 is just another phase in the continuum of human progress made possible by the creative mind with which God gifted mankind. Who knows, all the ongoing scientific research activities in space could yield to knowledge that may usher in Industrial Revolution 5.0.

Msgr. Ocariz insists on what is permanent: “Work is thus seen in its true light, as a “place” where we can all contribute something, and not only in economic terms. The shared vocation of all men and women to work leads us to strive to “recreate” the world of human relationships. In contrast, when work loses its dignity in various ways, the person is distorted in his or her innermost being.”

“In the search for new solutions, since there seems to be no turning back, love for others gives rise to the creativity needed to find new ways forward together with our fellow citizens. There is not just one path forward; there are many, but always guided by service, an essential element of the common good. In any case, the dignity of work is grounded on love.” 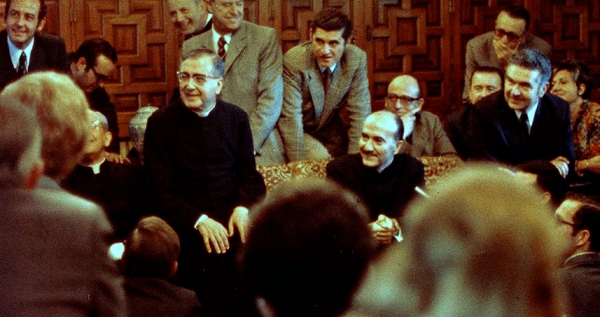 Msgr. Ocariz ends his article by quoting from the “Saint of Ordinary Life” (as St. John Paul II called him), St. Josemaria Escriva, Founder of Opus Dei, and the one who most preached about the “sanctification of ordinary work” as the means to show one’s love for God and for one’s neighbor:

“Mankind’s great privilege is to be able to love and to transcend what is fleeting and ephemeral. We can love other creatures, pronounce an ‘I’ and a ‘you’ which are full of meaning. And we can love God, who opens heaven’s gates to us, makes us members of his family, and allows us also to talk to him in friendship, face to face. This is why work can never be limited to simply material production. Work is born of love; it is a manifestation of love and is directed towards love.”