John Watson and Phillip Elias, both of Sydney, were ordained as priests in Rome on April 29. 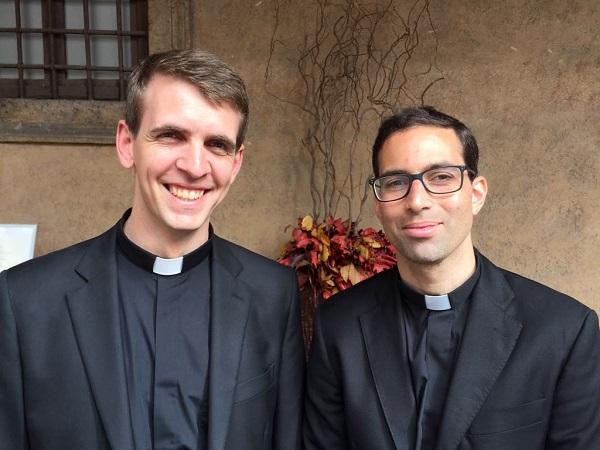 The ordination of Fr Watson and Fr Elias was attended by approximately 70 family members and friends from Australia and New Zealand. Photos of the ordination can be found here. They will remain in Rome for a few months to conclude their doctoral theses before heading back to Australia for pastoral work.

They were amongst 31 faithful of the Prelature of Opus Dei from 16 countries, ordained by Cardinal Giuseppe Bertello, the president of the Governorate of Vatican City State. The ceremony took place at the Basilica of Saint Eugene.

In his homily Cardinal Bertello told the new priests to be "priests-priests, priests one hundred percent, as your holy Founder Saint Josemaría used to say. Exercise your priesthood with deep joy and ardent faith. The brothers and sisters you will encounter in your ministry expect from you the prophetic testimony that the Eucharist is the heart of the priesthood.”

Fr Watson and Fr Elias have much in common. They both grew up in Sydney in large families; they both graduated from Redfield College, a school of the Pared Foundation in Dural; and they both share a passion for rugby league.

Both priests have asked for prayers as they launch into their pastoral work.