A recent book about Saint Josemaria, The Cremades Plans by Msgr. Javier Cremades (1946-2021), is now available in English and can be downloaded as a free eBook. 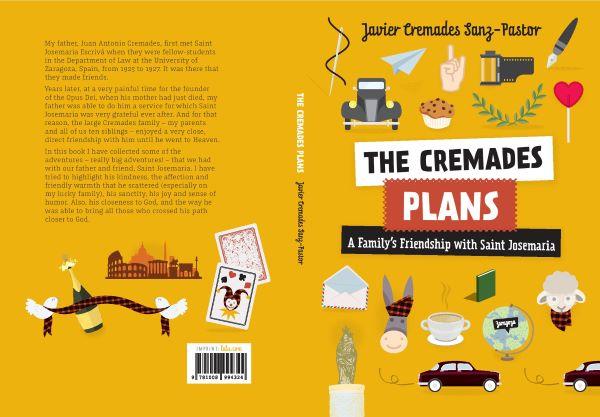 Msgr. Javier Cremades (1946-2021) was ordained a priest in his native Spain in 1973. He carried out priestly work in Pamplona, Santiago de Compostela, Madrid and Torreciudad. In the final year of his life he was, like most people, confined to his house, with a lung disease that made him extremely vulnerable to Covid, but he continued working online. He completed and published a book called "Los planes de los Cremades" on his large family’s special relationship with St Josemaria. The book is now available in English, titled "The Cremades Plans." Below are links to download the book in English and the translation of a 2020 interview with him, when his book first appeared in Spanish. 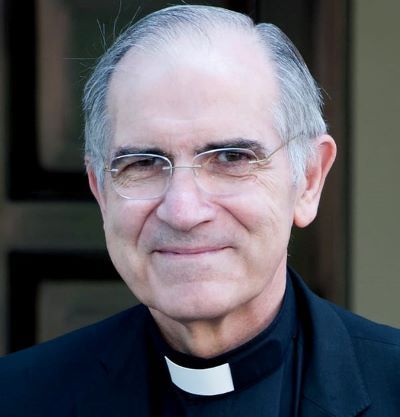 The Cremades Plans is now available from Lulu and Amazon Kindle, and also as a free eBook from Bubok, Apple Books and Google Books.

Why did it take you so long to write this book? Put differently: why bring this book out now?

When I saw my physical health declining I realized more strongly than ever that it would be a shame not to put on record some of the many graces I received from God through St Josemaria and the wonderful big family I was born into.

Although plenty has been written about St Josemaria, I thought I could add some things from the everyday, human angle. After all, biographies tend to be quite serious, and so they can make their subject sound a bit distant. There are also plenty of filmed get-togethers with him, and you do get an idea of his warmth and joy, but they are still events for large groups of people. 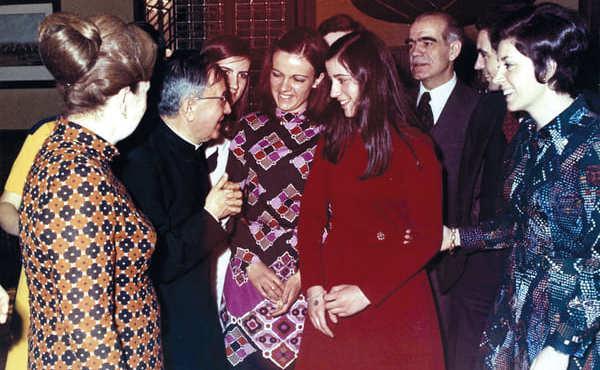 Was St Josemaria’s gratitude to your family from April 22, 1941 onward, a bit excessive?

My father made it possible for St Josemaria to get back to Madrid in time to kiss his mother before she was buried. He was away from Madrid, preaching a retreat, and had to get back as fast as possible. My father gave him the use of a car, a travel permit for restricted routes, and gas vouchers, as fuel was rationed.

We generally see saints on a pedestal, as intercessors before God, as though they weren’t ordinary human beings at all. Plenty of biographies of saints play down their human side, especially their defects and limitations, as if such things were obstacles to holiness. But you only need to open the Gospel and see the lives of the first disciples that Our Lord chose, to realize that that sort of approach is a mistake. In order to be a saint a person needs to be very human, and gratitude is necessarily part of being human.

Could you tell us something about him that isn’t included in the book?

I can think of a very minor touch. One day I got a letter from my younger sister, who must have been about 15 at the time, telling me all about the things she was doing.

She gave me a message for the Father (St Josemaria); she wanted him to pray for her because she had started making an examination of conscience every evening, and she was worried because, as she put it, she failed the examination every day! When I told the Father he was highly amused and told me to tell her, from him, that he would pray for her even more, but she shouldn’t worry, because the same thing happened to him – on plenty of evenings he ended his examination of conscience by saying, “I’m sorry, Lord. Yet again, Josemaria is not happy with Josemaria today.” And she should make an act of contrition and be at peace, because God is very good.

Have you any advice for people who didn’t have your good fortune – and responsibility – in receiving so much from a saint?

Yes, it comes in the book. We can all receive things from this saint that will help us get closer to God. He continues interceding for us from Heaven, especially for the people in Opus Dei, those who take part in its apostolates, and all the many co-operators and friends who have discovered in St Josemaria a great accomplice and intermediary for increasing their love for God. Here on earth he never stopped, and in Heaven he is more active still: God lets him do what he likes. Since my book appeared on the internet I’ve received many posts and messages from people confirming this blatant help from St Josemaria, whom St John Paul II called “the patron saint of ordinary life.”

St Josemaria was from the Aragon area of Spain. Can someone be Aragonese and universal at the same time?

There are plenty of examples. Our Lady of Pilar became Aragonese in the first century. On another level I can think of several more names: Sender, Baltasar Gracian, Miguel Servet, Buñuel, St Joseph of Calasanz, St Josemaria, my parents… and although it may sound like I’m blowing my own trumpet, I too am Aragonese and universal at the same time: I can say that quite honestly.

Our Lady of Pilar is constantly present in the life of St Josemaria, like a good Aragonese. Can you add any less-known aspect of his devotion to her?

Once when I was going from Rome to Zaragoza, he gave me the blessing for the journey before I set out, and he added a very precise errand for me to fulfil. I was to go to the shrine of Our Lady of Pilar on his behalf, and tell Our Lady that he loved her madly, and then tell her many more things – everything I could think of. He didn’t specify what. I don’t need to tell you how much loving care I put into fulfilling my mission as well as I possibly could. Even so, despite my best efforts, I’m quite sure my expressions of love for the Mother of God on his behalf fell short of what he would have told her himself.

It’s now almost 50 years since Josemaria Escriva died. A lot has been written and still more has been said. Do you consider that there is still some aspect of his life or character that has not yet been discovered, or dealt with in depth?

That question is like a shoreless sea. I will leave it to historians, and to people who lived close to him. But what I can say is that there is nothing warmer, more affectionate, more heart-warming or happier than to be born into a big Christian family and live with someone who is truly holy. I want to ask your readers to pray for me because I will have to render a big account to God our Lord for it all.