The Prelate of Opus Dei was recently interviewed by the Italian weekly, "Famiglia Cristiana." Among the topics discussed were the Mass, faith, and today’s youth.

We interviewed the Prelate of Opus Dei, Bishop Javier Echevarría, about his new book, Vivir la Santa Misa [Living the Holy Mass], at Opus Dei’s headquarters in Rome, where the founder, St. Josemaría Escrivá, is buried in the prelatic church of Our Lady of Peace.   Bishop Echevarría, the struggle to place the Mass at the center of each day is a marvelous challenge. But why is it so important to give priority to the Mass, and what is the secret to living it well?

The Mass is an action of God that enables us to participate in the Passion, Death and Resurrection of Christ—not as spectators or observers, but as actual participants. That’s why I wanted to use the expression “living” the Holy Mass in the book’s title, to convey the complete human and spiritual involvement that the Mass requires.

In the book you speak of the danger of “ritualism.” How can this be avoided? 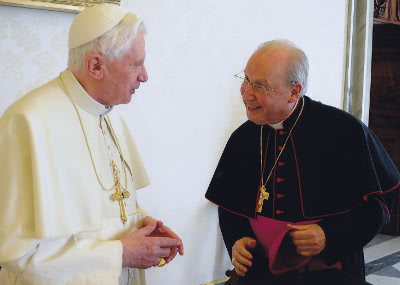 “Ritualism” means forgetting what is really taking place on the altar. How would we react if we were told, “Today you have an opportunity to be on Calvary close to Jesus”? Or, “Today you will meet the Risen Christ”? How should we prepare ourselves if we truly believe this? So, in the same way, how should we prepare for each Mass?

You lived at St. Josemaría’s side for more than twenty years. What aspect of his personality surprised you the most?

St. Josemaría knew how to love people in an extraordinary way. Just a glance was enough for him to discern what each person needed. He had the intuition only mothers have. At the same time, he was a true father: everything he taught us we had already seen in his example. It was so clear that he was a priest who was seeking God at every moment.

How did he celebrate Mass?

He was always aware that Christ, not the priest, is the protagonist in the Eucharist. This certainty led him to celebrate the rubrics faithfully, never trying to be “original.” He wanted only Jesus to shine forth, not himself. He used to say that the Mass was “work” for him, that it required a great effort., sometimes an exhausting one given the intensity with which he lived it. He gave to each small gesture the full supernatural meaning it has.

The Mass continues in daily life?

When the celebration is over, the Mass hasn’t ended. It accompanies us all throughout the day. Food nourishes us by being transformed into ourselves. But the Eucharist—spiritual food—transforms us into Jesus. Thus our entire day—united to the Sacrifice of the Altar—becomes a continuous Mass that makes everything we do—our work, rest, family and social relations—something pleasing to God.

What is Opus Dei all about?

Within the Church, Opus Dei’s job is to remind us that all the baptized are called to sanctity in daily life. St. Josemaría used to say that there is something divine hidden in the most ordinary situations, and that it is our job to find it. No human act should be an obstacle to friendship with God. Moreover, it is precisely in the circumstances of each day that God asks us to find him. 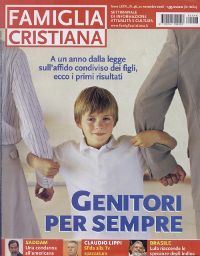 Can one compare the Prelature of Opus Dei to a big global diocese that depends directly on the Pope?

Saying this could lead to some misunderstandings: for example, seeing a personal prelature as a particular Church separated from the local Church. On the contrary, the Prelature of Opus Dei tries to reinforce communion among the local Churches; the apostolic work that Opus Dei’s faithful—lay people and priests—carries out always involves active cooperation with each diocese. The lay faithful of Opus Dei are also under the jurisdiction of the local bishop, just like other Catholics.

After the founder, St. Josemaría Escrivá, and his first successor, Bishop Alvaro del Portillo (whose process of beatification is underway), you have directed Opus Dei for the past fifteen years. How do you try to pass on the inheritance of two saints?

When one lives alongside holy people, one comes to understand the secret of having peace in the heart: maintaining a constant dialogue with God. And so, in spite of our very evident deficiencies, our defects, He is always at our side ready to overlook them. By always counting on God, the life of a Christian becomes immune to so many of the worries and anxieties that afflict people today.

Can you mention something from St. Josemaría’s life that people might not have heard about?

I often served his Mass. It left a deep impression on me the first time he asked me to pray that he would never get used to celebrating such a sublime action. It’s something he often asked me to do.

Where is Opus Dei growing?

Thank God, faithful and cooperators of Opus Dei are present in the most varied places—from the skyscrapers of Wall Street to the shanty towns in Brazil. A great thirst for God is evident everywhere. There are even faithful of Opus Dei in several Chinese cities. Last year the Prelature’s apostolate began taking root in Indonesia, and it is also present in other predominantly Muslim countries because some of its faithful travel there for professional reasons. The Middle East, the Holy Land, Lebanon, and Africa all present special challenges. I have in mind here especially the Ivory Coast, as well as Congo and Nigeria. Everywhere problems are overcome thanks to a faith lived out in practice, with a concern for the common good, seeking to overcome different viewpoints by a constructive attitude.

How do you see faith spreading in today’s world? 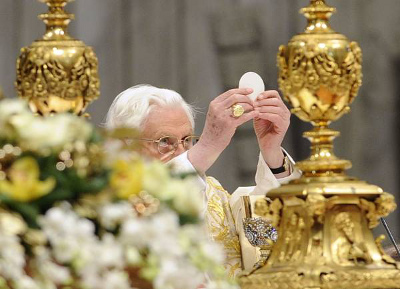 What’s needed today are witnesses to the faith. In the face of the relativism that seems to be imposing itself on the West, as well as the divisions, wars and poverty that afflict so many parts of the world, people are needed who are ready to “roll up their sleeves” and show others the reality of the Gospel, not with lectures or theories but in daily life.

How does Opus Dei relate to the world of youth?

When St. Josemaría began the Work, he had a group of young university students and workers at his side. Formational activities for young people are one of our priorities. In Italy and everywhere there are numerous university residences and cultural centers for men and for women that provide opportunities to grow humanly and spiritually: learning to study and to be good friends while enriching one’s personality, with a constructive and discerning mentality, always behaving as God’s children. This educational work is always carried out in cooperation with their families. Furthermore, parents who belong to Opus Dei sponsor schools, youth clubs, and other useful initiatives for their children, as happens in many Italian cities.