Finding the Catholic Faith in a New Family

Anastaçia was born in Kisii, Kenya, and after studying Psychology and Criminology, she travelled to Spain for an exchange program.

Anastaçia's parents practise different religions. She grew up without being clear about what her own beliefs were. Thanks to a family that welcomed her in Vigo, a Spanish city in Galicia, almost two years ago, she found her way to the Catholic Faith. 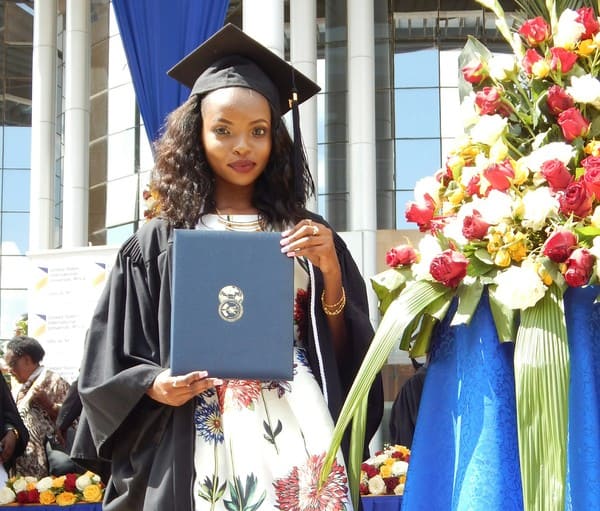 "We welcomed her as if she was our daughter. She is very loving and always smiling; she helps with everything and plays with the children. What was more difficult was the language. We did a lot of family activities together: walks, celebrations, movies, board games, crafts... She prepared some traditional Kenyan food for us: it was so nice," says Ségolène, one of Anastaçia's host moms.

Ségolène, who belongs to Opus Dei, went to Mass every day, and the young Kenyan decided to go with her some days. The affection and trust between Anastaçia and the family grew. "She told us about her country, her family, and that she had been in a boarding school since she was very young," recalls Ségolène. 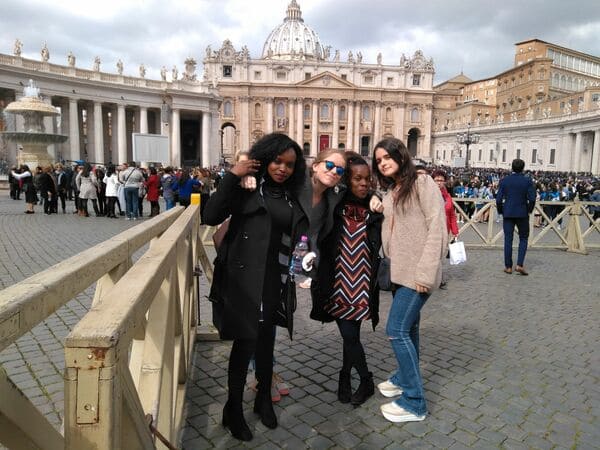 At the end of the academic year, Anastaçia moved into the home of another family, Josiño and Ana, also supernumeraries and parents of 6 children. The couple wanted all of them to improve their English, and again they welcomed her and treated her like another daughter, with whom they shared everything. During the day, she went to Coruxo College to do her internship as an assistant English teacher. In the afternoons, she enjoyed time with her Spanish family. In this environment, the seed of faith was also growing. 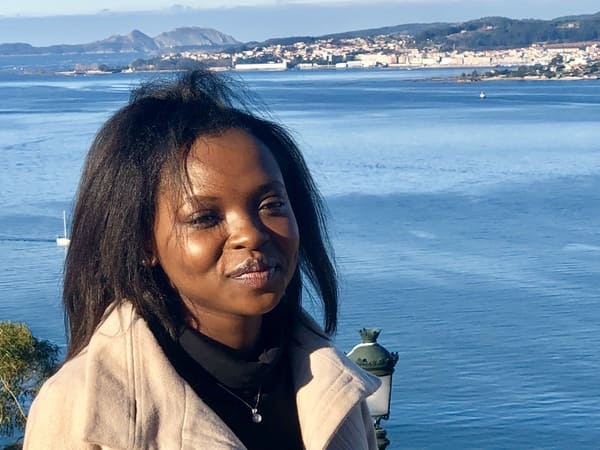 A trip to Rome helped her decide to become a Catholic. It was during Holy Week when she attended the UNIV Congress with another group of students like her. There she learned first-hand the origins of the Catholic faith and decided to attend classes regularly to receive Baptism.

Last January, Anastaçia received Baptism, Confirmation, and First Communion in the Santa María Cathedral in Vigo from the Bishop of Tuy-Vigo, Monsignor Luis Quinteiro, in a ceremony concelebrated by several priests, including the vicar of Opus Dei in Galicia. 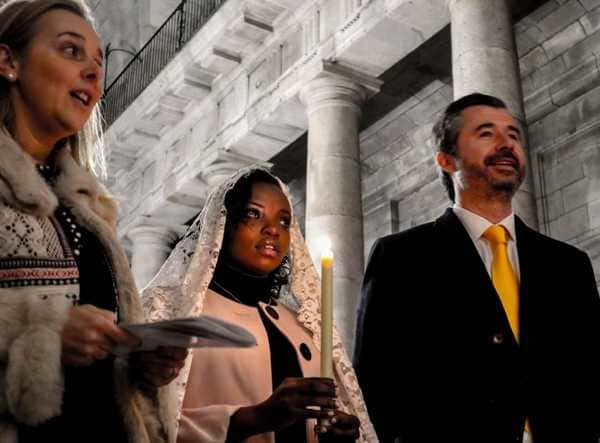 At the end of the ceremony, a choir of Kenyans performed a song in Swahili, welcoming Anastaçia to the Catholic faith.