When the Father came to Nigeria

Nigeria waited 19 years for this visit. The last time the Prelate of Opus Dei came was in 1999. Many prayed and waited eagerly for July 19 and when the day finally came, nothing could be compared to the joy all felt that "He was here!" 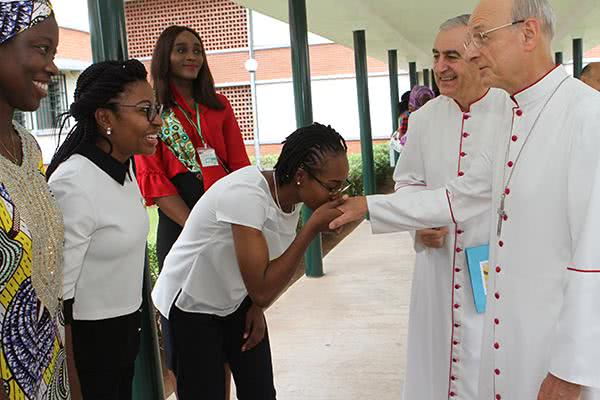 “He was here!” “He” is the Prelate of Opus Dei, Monsignor Fernando Ocariz.Those three words only vaguely reflect the immeasurable love and gratitude we feel for having been a part of those days.

During his stay in Nigeria, the Prelate celebrated Mass and spoke at several large get-togethers with the faithful of the Prelature and co-operators. He also met and interacted with some families at his residence and had meetings with the promoters of many educational and social initiatives. 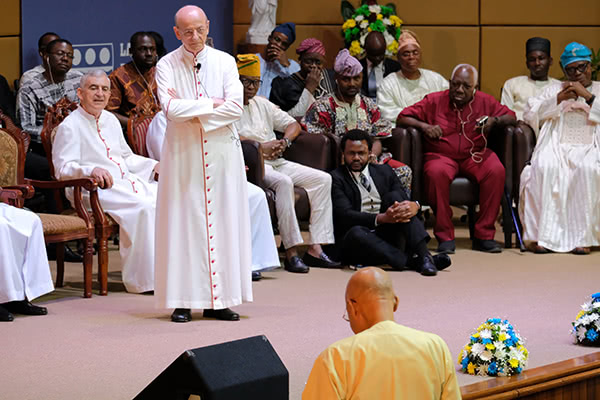 Monsignor Ocariz’s visit to Nigeria indeed brought joy. One of the highlights of his many messages was the call to take the joy of Christ to others. “Joy is attractive,” he said, “this is why we have to carry out the apostolic command of Christ with a lot of cheerfulness, affection, example and respect for the freedom of others”.

On many occasions he spoke about the need for fraternity shown through service to others, in understanding, in forgiveness and in value for others. He explained that the apostolate is not so much about increasing the number of people, but about helping them to get to know and love God better. He said, “It is not merely human but also supernatural”. 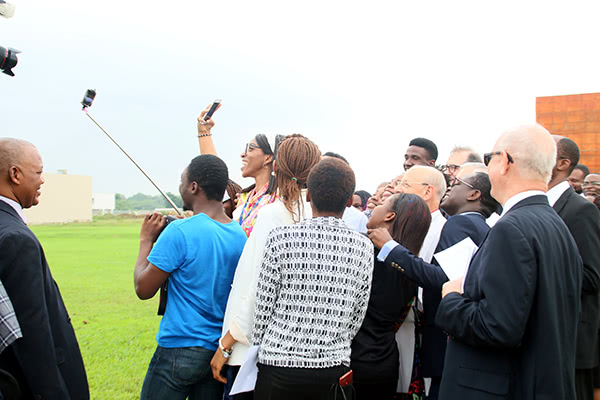 Christians are not merely following a beautiful doctrine or a theory, but a Person, who is very close to us in the Holy Eucharist

The Prelate also spoke about the centrality of the person of Christ. He expressed his belief that Christians are not merely following a beautiful doctrine or a theory, but a Person, who is very close to us in the Holy Eucharist. A Christian’s life is one of love—loving Our Lord and identifying our lives with His. As for how one comes to love Christ, he went on to say that it is by getting to know him. By meditating on the Scriptures, entering the scenes of the Gospel, and taking the plan of life seriously, one is able to love and keep a relationship with Christ alive.

Speaking about vocations, he counselled parents to trust in God, especially, when it came to matters of their children choosing a vocation to Opus Dei. “Prayer, maturity and spiritual direction are crucial for discerning a vocation”, he advised. 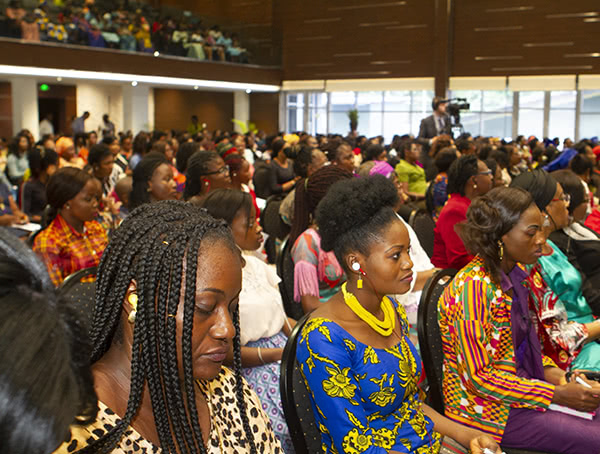 He encouraged homemakers and indeed everyone when he said, “domestic work is the backbone of the family atmosphere in Opus Dei”. He said that the ambience, beauty and orderliness in the home aids affection and development, and makes a lasting impression on people.

His advice to his younger children was to be faithful to the means of formation. “Christ is the focus and the person you receive through the meditations, talks and other means of formation”, he said. He encouraged them to live the virtues amid the colossal decline in morals and sexuality. “Do not be surprised when you are tempted; when you fall, the solution is to rise and begin again”, he said. 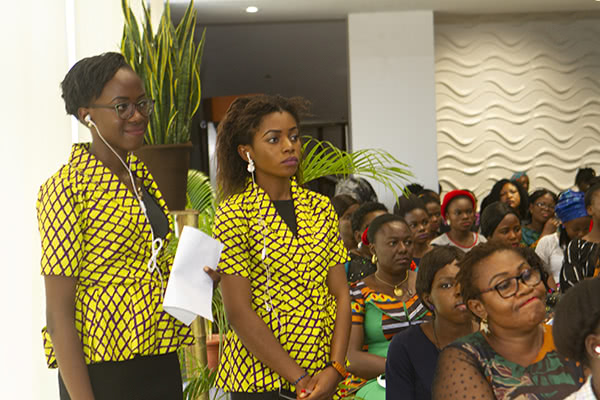 The Prelate of Opus Dei spoke a lot about Interior Freedom, which moves us to do things, not because we are asked or even coerced, but “because I want to”, which St. Josemaria Escriva, the founder of Opus Dei, often described as the “most supernatural reason”. Following on this Monsignor Ocariz urged us to always try to recover our interior freedom if for any reason we ever lose it.

He also made a call to fraternal charity, urging us to love one another, in spite of our differences: geography, personality, etc. 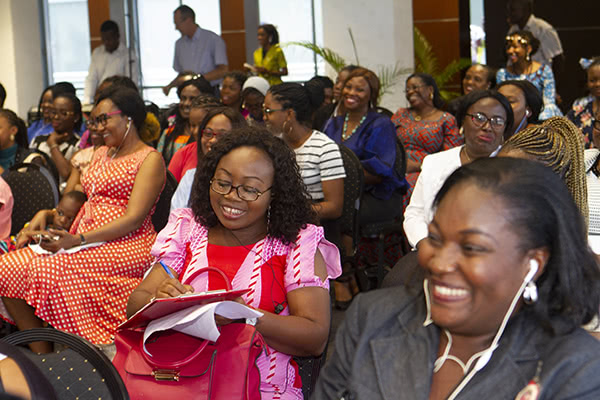 The get-togethers would indeed have been incomplete without the question of emigration coming up. Monsignor Ocariz observed that every country was faced with its own unique challenges, but did not think that migration was the absolute solution to these challenges. Rather, he advised his children to improve themselves professionally and work always for the common good. “Nigeria is the most populous and most powerful country in Africa, you should therefore aspire to conquer the entire world”, he urged.

VIDEO HIGHLIGHTS OF THE VISIT