There are no strangers, just friends: From a work camp in the Land of Happiness

Taking advantage of a recent industrial strike action by staff of government owned universities, 25 undergraduates from about five different universities in Nigeria volunteered to work on the expansion project of Alayo Youth centre, located in Iloti village in Ogun state. Uchenna, a recent graduate of Microbiology, narrates his experience of the work camp. 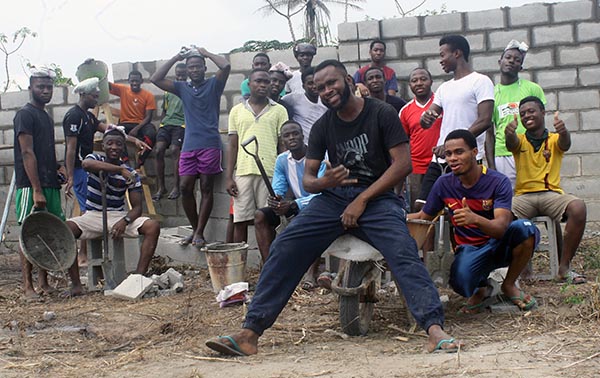 Alayo is a Yoruba word which means ‘we are happy’ or ‘happy people.’ Indeed, at the Inter-university Leadership Camp, Alayo House became a place where happiness was sown, cultivated and reaped.

The work camp was a rich mix of culture and personalities. A group of 25 of us, young students from different universities in the southern part of Nigeria, came together for 10 days to work on the expansion project of Alayo House. Alayo, located in a village in Ogun State, 85 kilometers from Lagos, is a venue for retreats, short courses, workshops and leadership trainings. Some more land had recently been acquired, and our goal was to build an enclosing fence. The working days were accompanied by five seminars and two highly creative and inspiring excursions. One of them was to Nike Art Gallery while the other was a visit to the two campuses of Pan-Atlantic University.

But let me start from the beginning. I had been bored at home and couldn’t sustain the zeal to study or perform any serious work. Realising I had time to spare, a friend of mine asked, “Uchenna, wouldn’t you like to join us to attend the forthcoming leadership work camp?”I thought it would be a good way of escaping from my situation. It was not so much that I love work; I just wanted to distract myself, change environment and have fun. I was a recent graduate sharing a similar fate with many of the undergraduate students who attended the camp, as I later knew. My excitement heightened when I discovered that the camp was not going to be in our environs, rather we were to undertake a journey of nine hours to another State and we were to be joined by students from five universities. 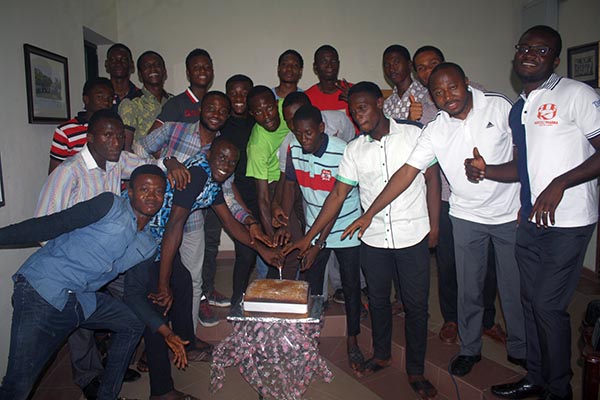 The trip to the camp was marked by silence; everyone appeared to be preoccupied with his own thoughts. There was no music and the intermittent invitations to pray in one moment or the other kept us alert. The atmosphere was truly discouraging, and I thought these were going to be the worst ten days of my life. The journey was long and boring, and the roads were mostly bad. For a moment, I wished that time could fly and thought that perhaps I should not have come.

The ambience at Alayo House when we finally arrived was serene and welcoming. I saw people from other universities, and we exchanged greetings. Some of them looked gloomy because of the hot weather. To cap it all, as if the long tortuous journey had not been bad enough, the network reception on my mobile phone was almost non-existent. I dreaded the days ahead, expecting them to be long and boring, with monotonous routines, devoid of humour and communication. However, I was wrong.

Part of the activities of the camp included three hours of work at a construction site each day. We were divided into four groups labelled A, B, C and D. Each group was assigned to a team leader and a specific task. I was made the leader for Group B. I couldn’t believe it. We had an assignment, and there was no way we could carry this out without establishing good communication links with each other. I hated the idea
of being a leader of any sort, and the boys looked difficult to work with. However, I took a leap of faith, summoned courage and said, “Hey guys, if you are in group B, please let’s gather round and see how to go about our task.” The response wasn’t so bad, and before long, we had strategized on how to accomplish the task. We finished our work ahead of the other groups. “Wow!” I thought.“These guys are friends just waiting to be discovered.” Then my adventure began.

I began to get acquainted with the others as we worked together to achieve a common goal. Through our work, I believe, we found a sense of purpose and satisfaction. This made me happy. This happiness was contagious; it was transmitted by everyone and contracted by all. We bonded; we smiled together; and we endured together when our muscles hurt. We drew inspiration from one another. I had thought I was helping in some community service, but it turns out the community service was helping me understand the true meaning of life. Our work bonded us, and strangers became brothers. I looked forward to each day with great expectation and prayed that our time there would be extended.

I learnt how to work well, and I also learnt how to pray. I discovered the value of art and beauty and took the first steps on the journey into discovering one’s vocation in life and the role of faith in this process. I equally found out that I was addicted to my mobile devices, and I was advised on how to foster silence while working.

I can tell you the names of everyone in that camp with me. I see their faces and the moments frozen in time in the several pictures we took. Their experiences were similar to mine. Chukwudi, for instance, a student at the University of Nigeria, was very enthused on how he had improved in his understanding about the virtue of order. In his own words: “The timetable, which was to be our routine guide for the coming week was made in such a way that it included work, prayer, rest and exercise. There wasn’t much of free time and, at first, this was hard for us to understand. I thought that I needed siesta in the timetable, but over time I got to know that siesta would have been a waste of time. To me the timetable was to be my first major lesson in the camp because for long I had been trying to structure my day in such a way that prayer and work would be balanced. Our timetable really solved that problem for me.” 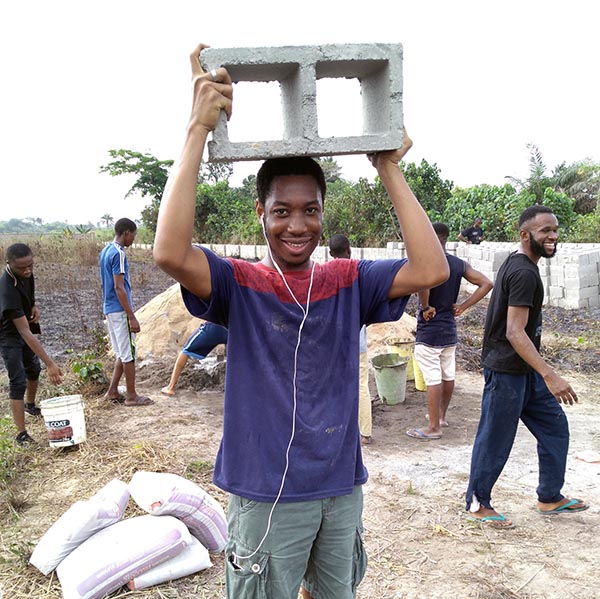 For Eniafe, from the University of Ibadan, it was an opportunity to learn how to work well with proper rectitude of intention. “I learnt about the transformative power of work and how we can sanctify our ordinary work, giving it greater meaning, not just to ourselves, but to others and, most especially, to God. Offering up our work to God really adds a special touch to it. One realizes that his work is not just ‘ordinary work’ but a path to holiness. When one sanctifies one's work, it is done better than normal because one realizes that it is done for a greater purpose than himself.”

“On the final day I stood, proud, next to the fence, knowing that I had a hand in building it. No word can describe the immense joy I had in me, the joy derived from doing my work well, and sanctifying it. It was a wonderful experience and I look forward to putting these lessons into good use as I go on in life.” 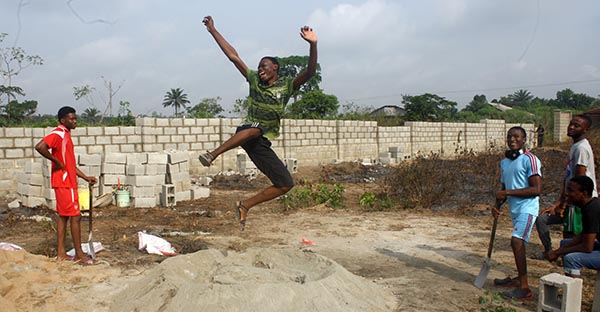 On our way back home, we were recounting our experiences in the bus with so many periods of laughter that we couldn’t hear the music playing. The expansion project expanded the heart of many. The spirit of teamwork was quickly cultivated when it became clear that it will make the work easier. Hard labour, which is ordinarily looked down on, became dignified work as we got our hands dirty. We all have, deep down in us, that desire to be part of something great that would make a positive impact on others. The stay in Alayo gave us the opportunity to live this out. I was able to rediscover once more that leadership is service.