The Prelate in Nigeria: How time flies but... we don't say goodbye

Over seven days, the Prelate of Opus Dei met with hundreds of people. 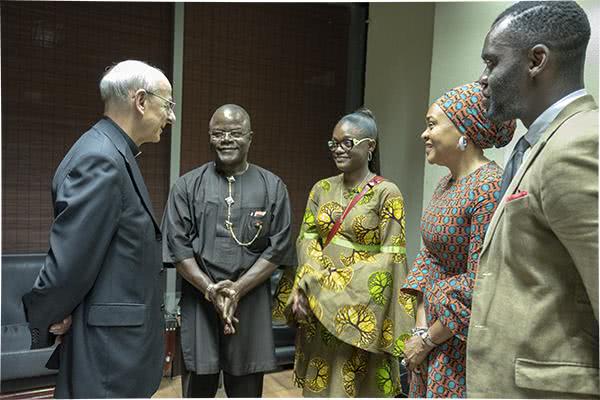 How time flies.Today, July 26, was the last day of the one-week trip of Msgr. Fernando Ocariz, the Prelate of Opus Dei to Nigeria. Between Lagos and Enugu, large and small groups, and throughout the day, he met with hundreds of the faithful of the Prelature and their friends. 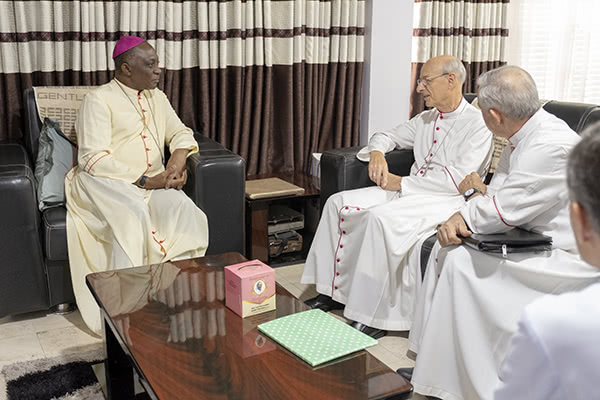 Msgr. Ocariz has a habit of doing a 30-minute meditation before celebrating Mass each morning. At 7.00am today he chose to make his personal meditation to the hearing of some of his spiritual children, who used his words to also prepare themselves for Mass. In the meditation he reflected on the day’s feast of St. Joachim and Anne, the parents of the Blessed Virgin Mary. He considered how the feast helps us understand that the Incarnation of Our Lord is a historical fact, concluding by encouraging all present to pray to Mary for the help to become people who sow hope in all those around them. 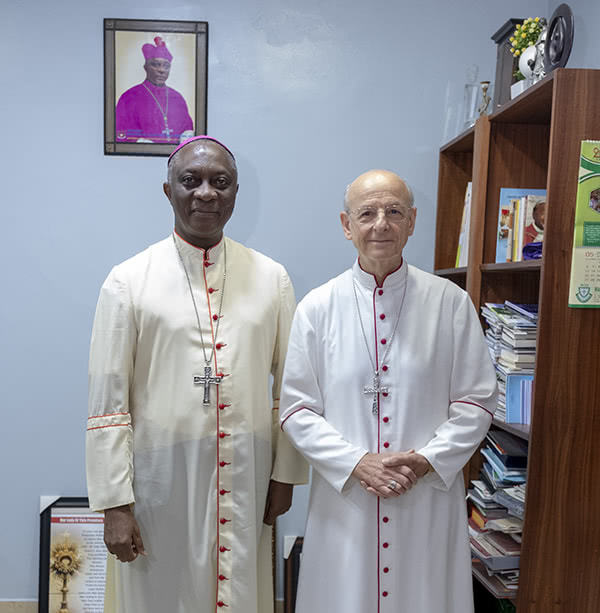 The Prelate then went to pay a courtesy call to the Archbishop of Lagos, His Excellency Archbishop Alfred Adewale Martins. On his way to the Archbishop, Msgr. Ocariz made a brief visit to greet Jesus in the Blessed Sacrament at the Lagos Catholic Cathedral. Archbishop Martins welcomed him cordially expressing his joy at meeting him. The meeting lasted for about half an hour. 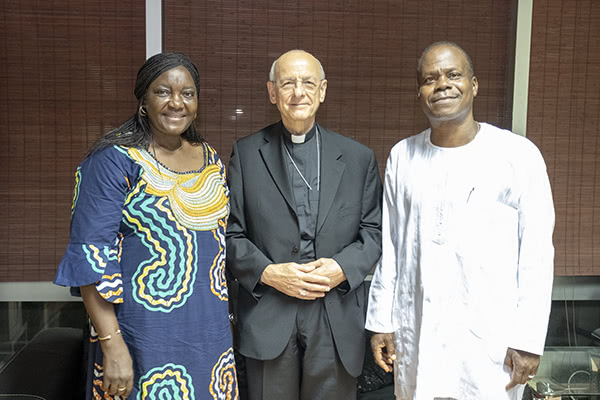 Msgr. Ocariz had a last informal get together with some faithful of the Prelature in the early afternoon.When one of those present asked him for some messages to take away from his days in Nigeria, the Prelate highlighted the need to make Jesus Christ the centre of one’s interior life; the need to live charity with one another, which is shown in close-knit unity, and the need to recover interior freedom whenever one loses it. At the end, he blessed all those present.

19 years since the last visit of Msgr. Ocariz's predecessor as prelate to Nigeria, no one could imagine that an entire week would pass by so swiftly. Could the Father be leaving Nigeria already and so soon? But the Prelate of Opus Dei reminded his children that in Opus Dei “we do not say goodbye”, because family members only know how to say “see you later”. He was going to see his children again, soon, much sooner than they had to wait for this. That is everyone’s prayer.

When the Prelate left his residence to go to the airport for the return trip to Europe, he thought he had taken leave of his children, but the latter had one more surprise for him. Upon arrival at the Murtala Muhammed International Airport Lagos, he was pleasantly surprised to find more than five different families waiting to spend some more time with him and to show him how much they love him.