The Prelate in Nigeria: Combine technical and human values to do work well

July 25 was the last full day of the Prelate's trip to Nigeria. At 9.50 am he arrived at the Institute for Industrial Technology (IIT), a social welfare project set up to provide technical skills to out-of-school young people. 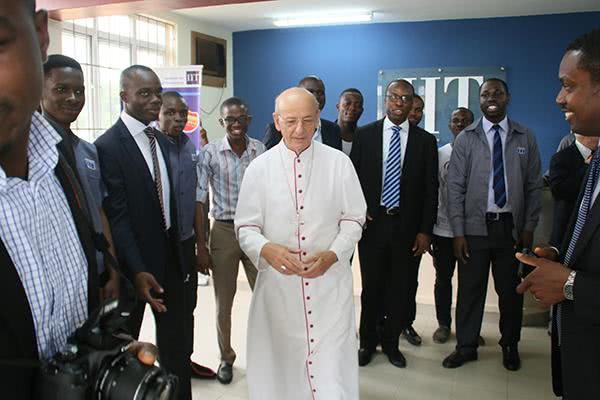 July 25 was the last full day of the Prelate's trip to Nigeria. At 9.50 am he arrived at the Institute for Industrial Technology (IIT), a social welfare project set up to provide technical skills to out-of-school young people. Located at Isheri North Local Government Area of Lagos State, IIT was set up in 2002 to mark the centenary of the birth of the founder of Opus Dei, St. Josemaria Escriva. 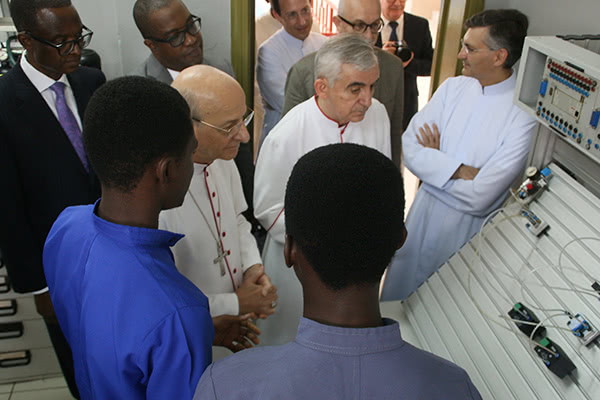 Monsignor Ocariz was given a tour of the school, through the mechanical workshop and the automation laboratory where he met students working on assignments. He also visited the chapel where he said a short prayer. Following this he met with the Board of Trustees of African Development Foundation, owners of the school, and the Governing Council.

Olumide Akinjo, Director of IIT, told the Father about the changes they had made in the training curriculum, introducing subjects such as work ethics, values, marriage and family life. This, he said, has had a positive impact on the students, as testified to by parents and in some cases spouses.

Alumni of IIT always retain close contact with the school upon graduation. Most go off to other well-paying jobs, while some remain to work in IIT. Today, they all took time off work to greet the Father. Some of them shared with the Father testimonies about IIT and how the spiritual formation offered by the Prelature of Opus Dei helped their professional, spiritual and human development. In turn, the Father wrote some commemorative words on an artwork presented by the alumni.

The Father also got to know about the classes in Christian formation, which is open to people of all beliefs, and which students freely decide to attend.

The Prelate thanked the patrons, staff and management for their work. He encouraged the staff to foster among the students a concern for the common good, which will help them to make an impact in their respective communities. He also commended the school for including virtues, ethics and marriage in the curriculum. "Apart from acquiring technical values the students also need to acquire human values as well", he said. He also promised to pray that the school gets more donations, scholarships for deserving students and support which will aid the institute’s development.

Before the Prelate left there was a photo session with those present. The Father departed IIT at 10:26 am. 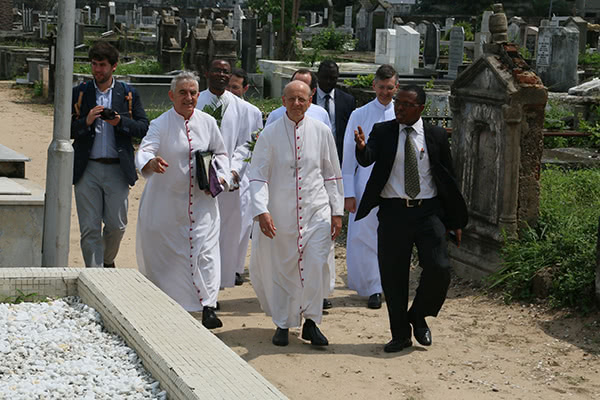 From IIT, Msgr. Ocariz went to pray at the Ikoyi Cemetery where the following departed faithful of the Prelature are buried: Jeremy White, one of the first two people to begin Opus Dei in Nigeria in 1965 and who died in 1990; Gabriela De Mello who died in 2004; Fr. James M. Chapuli, who died in 2007; Anthony Guillen-Preckler, who died in 2011; Fr. Louis Munoz, who died in 2013; Ambrose Anegbe, who died in 2016; Priscilla Okani, who died in 2016 and Olabisi Falodun, who died early this year. The Father led those who accompanied him in praying for the souls of these children of St. Josemaria Escriva who were faithful to the end.

Before the day ended, the Father had two informal meetings with his spiritual daughters and sons. While with the former, he listened to some stories and personal testimonies. He encouraged the young people in Opus Dei to pray for and love their parents more. One of those present asked if she could kiss his pectoral cross. The Prelate encouraged her and the others to desire more than kissing the cross, but to really love it. 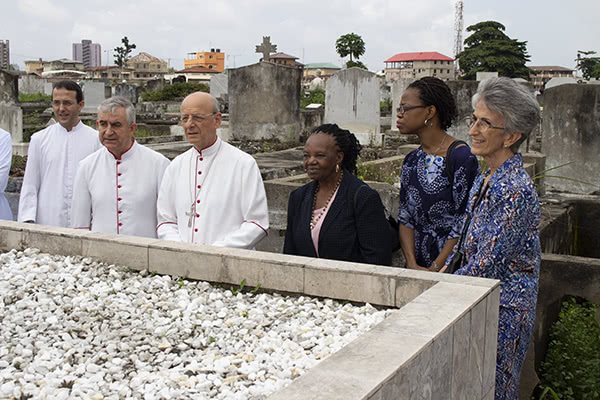 At the last get-together of the day, the Father encouraged his children to be more selfless as they work to develop their souls, those of their friends and to improve the country. “Nigeria is the most populous and most powerful country in Africa. You should therefore aspire to conquer the entire world”, the Prelate said.