The Father arrives in Uganda

Opus Dei began in Uganda in 1996. In 2006 Don Javier (the second successor of St. Josemaria) visited the "Pearl of Africa". On Friday 20th December 2019, at 12.45 pm the Father (Monsignor Fernando Ocariz) landed on the same rich soil, the land of the martyrs. 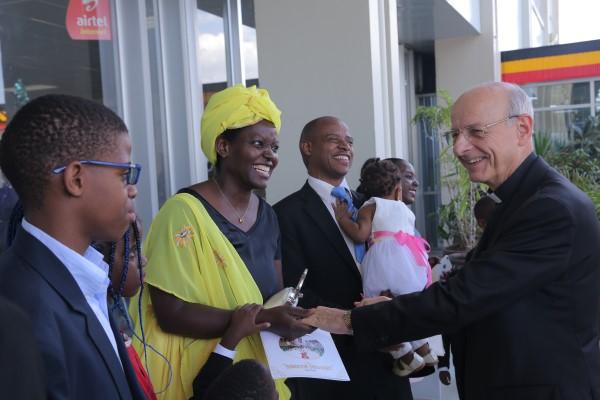 The Father, Monsignor Ocariz was met at Entebbe airport by three families amid song and fanfare: the Rugumambajus, the Kigozis and the Kabenges. The Father exchanged pleasantries with them, signed a Christmas card, received some gifts and blessed a few of the children present before setting off for Tusimba Study Centre where he will be the next three days.

During these three days, he has a schedule very similar to the one he followed in Kenya: meeting men and women members of the Work, holding informal get-togethers with them and with many other people who receive means of formation in centres of Opus Dei. He will also be visiting Pearlcrest Hospitality Training Institute that offers young women, an opportunity to improve their lives and that of their families, by giving them high-quality training in Hospitality and Accommodation Management. 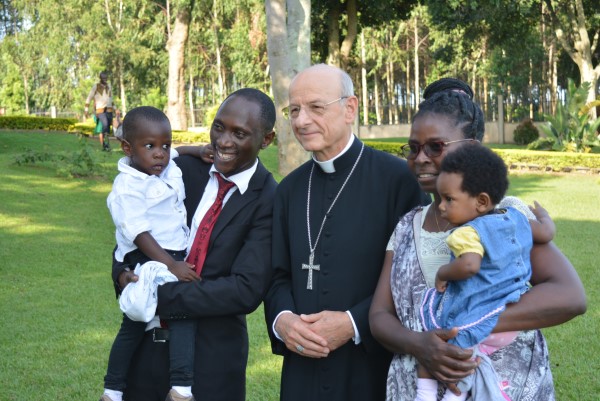 A number of young men escorted the Father on bodabodas a short distance to Tusimba, with whistles, vuvuzelas and energetic singing of various chants and songs.

After a late lunch, the Father received a number of families on the tranquil lawns of the study centre. With the grand Lake Victoria in the background, children darting in and around their parents, laughter and cameras clicking, it was clear that the Uganda-phase of the Father's visit to East Africa was well underway. 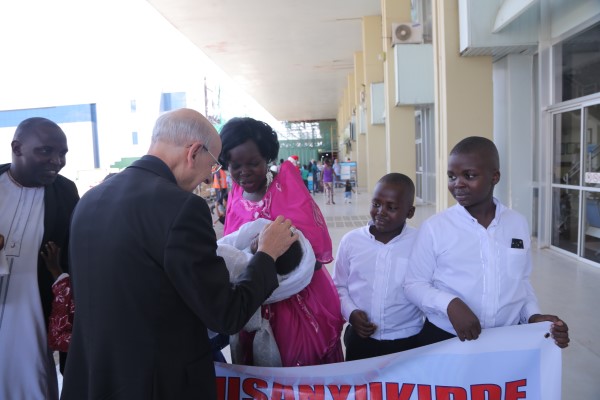 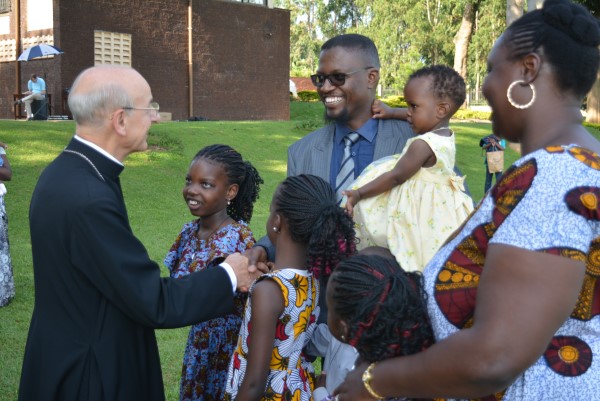