Rosario: Living for others

Rosario "Charo" Basterra, arrived in Nigeria in the year 1972 on an adventure of self-giving that would span 47 years; beginning with the Lagoon College, one of many social projects she helped set up across the country. One of the first women of Opus Dei, Charo died on October 18th, aged 92. 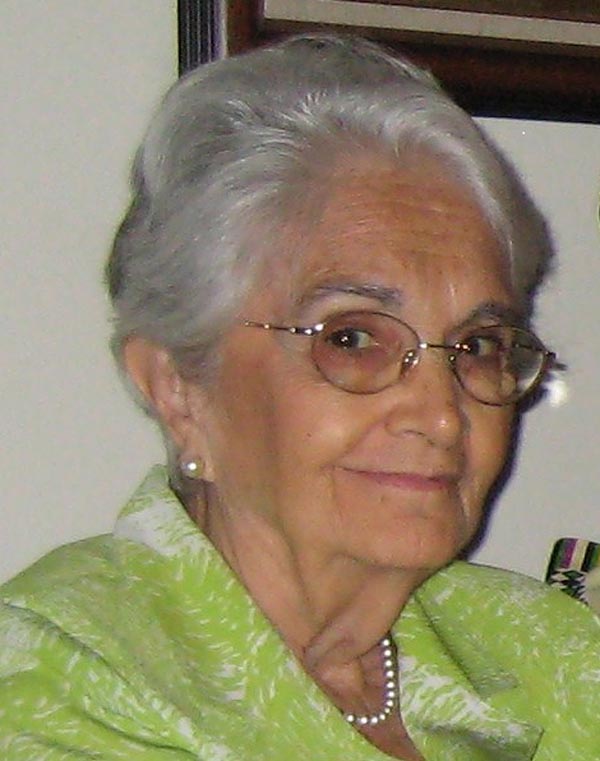 Concert pianists, swimmers and tennis players share a common trait: mental mettle. On a stage, in a pool or on a court, mental toughness is indispensable for confidence, concentration and consistency. It’s important for performing under pressure, for winning despite initial setbacks.

Maria del Rosario Basterra, one of the first women to begin Opus Dei in Nigeria, was an avid swimmer and keen tennis player who trained as a concert pianist at the Music Conservatory in Bilbao, Spain. Gexto, where she was born, is in the Basque region which is known for its tough people, difficult language and the rough Cantabrian Sea. Her friends and family called her Charo, the fourth of nine children, her personal attributes and upbringing no doubt influenced her decision to join Opus Dei on 8 December 1956 a few months after she learned about it from Carmen, her sister.

The daring to say yes to God at 29 led Charo down a trail of adventures. First in Europe, where she worked with other women to set up and run several centres of Opus Dei in Bilbao, Saragossa, Madrid and Seville. Her great fortitude and exemplary leadership qualities stood out soon enough. In 1964 St. Josemaría Escrivá, the Founder of Opus Dei, asked her if she would like to move to Kenya where apostolic activities had begun four years earlier. Opus Dei was growing in Kenya and projects like Kianda College, a Secretarial school for women, were bringing many women in touch with the Christian spirit.

Charo was 37 when she started the African aspect of her adventure with the same daring, first in Kenya and eight years later in Nigeria. Olga Marlin, who was among the first women of Opus Dei on the continent, recounts those early years in her memoir “To Africa with a Dream”. Olga was the first principal of Kianda College. Thanks to Kianda, many women ­– originally from Kenya, India, Europe and other parts of Africa – became the most sought after secretaries in Kenya. Several also learned to find God in their daily life through the sanctification of work, the central message of Opus Dei. Some discovered their vocation as a result. In the Easter of 1971, women from Kianda attended an international youth conference held every year in Rome. Charo was among this intercontinental contingent of 15 ladies from Kenya. During a get-together, an Ethiopian student asked St.Josemaría, “And when will the Work go to Ethiopia?”He responded, “We need more Ethiopian vocations. Look at the miracle our Lord has worked in Kenya. Americans and Europeans went there… and he has given us African vocations. But we can’t try to force God to work miracles. That is why many vocations are needed from Kenya, Nigeria, Ethiopia—all of Africa!—to sow peace and joy on your continent.” 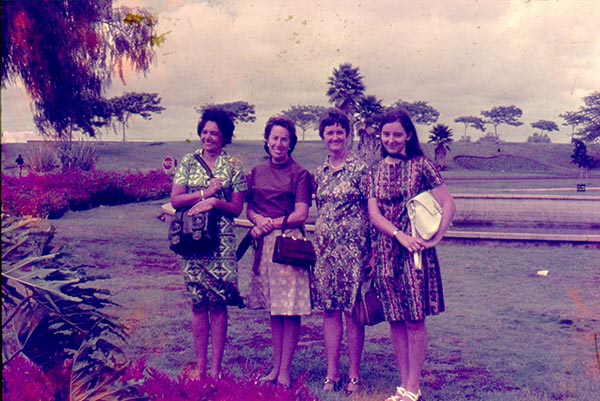 This response of the Father, which is what the spiritual children of Josemaría Escrivá call him, led to “an unexpected request”: to begin the Work in Nigeria. Barely a year later Charo and Olga boarded a plane to Lagos to initiate plans to start a school like Kianda.

Olga recalls that day. It was 17 May 1972, they were eager and excited about the adventure of starting in Nigeria. But an old friend from Nairobi who now lived in Lagos warned that, “things take a long time in Nigeria”. During the flight Olga remembers feeling all of a sudden “overwhelmed by the responsibility of it all. I turned to look at Charo, who gave me a serene, encouraging smile.” A smile that perhaps reflected the resolve with which Charo handled the huge obstacles they encountered in the process of registering the Lagoon Executive Secretarial College. Getting the required documents and approvals was a marathon process, starting from registering the Women’s Board of the Educational Cooperation Society (a non-profit organisation), whose first project would be the Lagoon College, to finding a suitable place that met safety standards for the school. 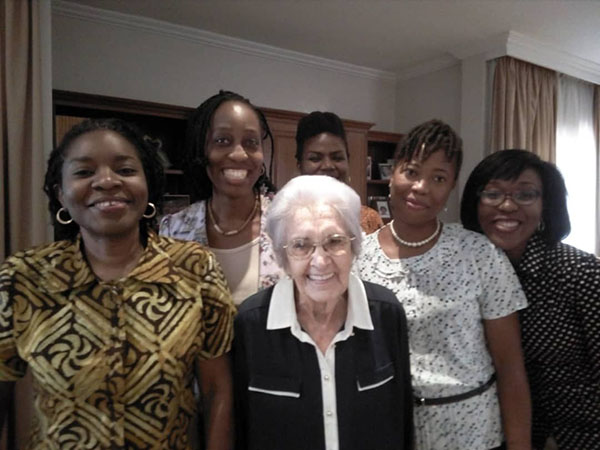 Lagos, notorious for its traffic and drivers, didn’t deter Charo from driving. She learned to drive in her 20s, one of the few women in Spain who could and was thus available whenever she was needed to run errands or make road trips out of town, a task she took on when she arrived in Nigeria. Every week day, Charo drove a blue Volkswagen friends put at their disposal to go to the Ministry of Education where, for two months, she and Olga spent the day sitting in the same office waiting till 4:30 p.m.

At some point when it seemed they were making no progress Charo would play Beethoven’s Moonlight Sonata on the piano to let off steam. Eventually, all was set to start Lagoon College. On 7 November 1972, Charo, and two other ladies (Joan Gilmartin and Chantal Epie) moved to Lagos.

The prayers and encouragement of St Josemaría Escrivá helped. In a letter he sent in December 1972, he wrote: “Upon returning to Rome, I have found your letters that have filled me with joy; and given thanks to the Lord and the Blessed Virgin, seeing the sincere desires of fidelity and apostolic vibration that you have, for much of that wonderful land and I rely on you”.

Never give up, stay in the moment

St. Josemaría always taught his children to struggle with a sporting spirit, to begin again and again. In The Forge he writes, “Tackling serious matters with a sporting spirit gives very good results. Perhaps I have lost several games? —Very well, but — if I persevere — in the end I shall win.” This advice, and similar others the Father liked to use, must have not only appealed to the tennis player or swimmer in Charo. They spurred her with optimism and drive in an adventure of self-giving for over four decades in Nigeria.

Charo spent the last 47 years of her life contributing to the growth of Opus Dei with daily tenacity and self-sacrifice. She travelled wide, planned and established university residences, schools of hospitality in Ibadan, Lagos, and Enugu. She also made trips to Yaoundé to help start the Work in Cameroun. She got involved with the look and feel of these places too, advising on the interior décor and landscaping. Charo was liberal with her knowledge and experience with students, artisans, gardeners. Shortly after returning from hospital where she had been treated for a serious respiratory infection Charo went to heaven comforted by the sacraments on Friday, 18th October (month of the Holy Rosary), a week before her 92nd birthday.