"Follow your priestly path, filled with the joy of the Gospel"

Three faithful of Opus Dei have received priestly ordination in the Marian sanctuary of Torreciudad at the hands of Bishop José María Yanguas.

The Bishop of Cuenca, Spain, José María Yanguas, conferred priestly ordination on three deacons of the Prelature of Opus Dei—a graphic designer and two teachers—during the ceremony in the Marian Sanctuary of Torreciudad.

The new priests are Spaniards Javier Pérez León (55 years old) and Gabriel Robledillo (57), together with Emanuel Estrada (52), from Mexico.

In a festive atmosphere of thanksgiving, the new priests were accompanied by the Prelate of Opus Dei, Monsignor Fernando Ocáriz, as well as their families, friends and colleagues.


On behalf of the Church, the Bishop of Cuenca asked them to be "joyful priests, filled with God's love, eager to sacrifice yourself unreservedly." He urged them to take up their new role "filled with the joy of the Gospel," as Pope Francis asks us.

"Be men of prayer" was a constant message throughout Bishop Yanguas' homily, as he encouraged the ordinands to seek a holiness far removed from "the symptoms of lukewarmness, monotony, indifference," following the example of the holy life of Saint Josemaria, who "was and continues to be a model for priests."

The bishop also highlighted that the priesthood "is not a part-time job: it is a vocation, a passion that takes over one's heart, with the ambition to reach everybody." He asked the new priests to be "men of prayer" who exercise "a ministry of consolation," and to "love everyone, making lovable the truth that is Christ."

Javier Pérez León, a graphic designer born in 1963 in Jimena (Jaén, Spain), spoke of his "desire to be a servant, with his arms open to everyone," "a mediator between God and men," using an expression of Pope Francis. "I don't want to be an obstacle to God's action and I would like to be a priest to the measure of Christ's heart, as Saint Josemaria asked us."

Gabriel Robledillo, 57 years old, said he wanted to be ordained "because there is a lack of priests," and "I want to live the Beatitudes, full-time, since there is so much work to do." He said "we need to reach the heart of each person, helping them to know Christ.” He studied Spanish Philology at the University of Barcelona and worked for 16 years in a poultry slaughterhouse in Bellvei del Penedés, in addition to collaborating with Calafell-Radio. He has been a teacher for 25 years and is now a Doctor in Theology, with a thesis on "The Cross in Calderón de la Barca," a Spanish writer of the Golden Age.

The third new priest is the Mexican Emanuel Estrada, a philologist born in 1976 in Monterrey who has dedicated his professional life to teaching and family counseling. "I want to accompany many people on their journey through life, to help them discover the beauty of the Christian faith, and to offer them a 'simultaneous translation' of the Pope's teachings."

Joy among the family members

Margarita Robledillo, the sister of Gabriel, was very moved, especially due to the fact that their parents couldn't be there. “We were there in Rome and now we are here in Torreciudad: we are so happy, the whole family." 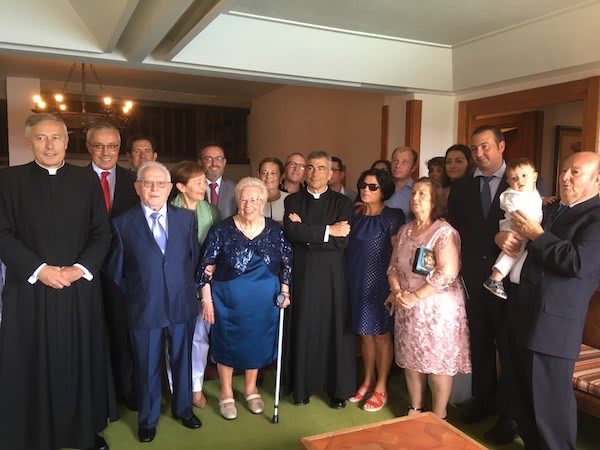 Juan and Isabel are the parents of Javier Pérez León. “Today is a day of thanksgiving. We are very happy, and God has answered our prayer to have a son who is a priest.” In 1964, the family moved to Madrid when Javier was just a few months old. Javier's father Juan worked as a mailman in Jimena and was able to find work in Madrid, which is where they came to know the Tajamar school and Opus Dei. 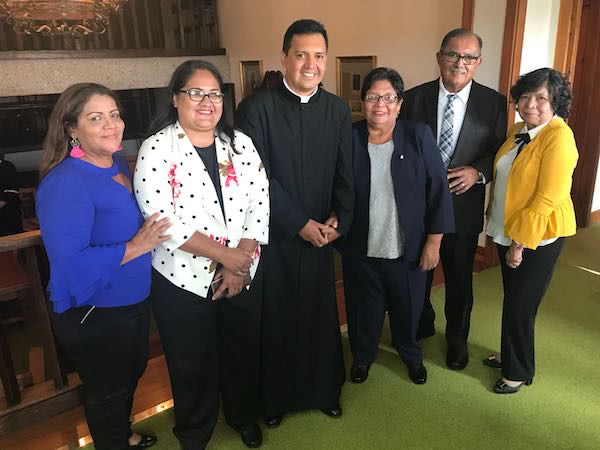 The parents of Emanuel came all the way from Monterrey for the ceremony. “It is very emotional and we are very glad, seeing how our Lord makes something great out of little things. We pray that he will be a holy priest." Lupita. his younger sister, is a nurse in neonatal therapy, and together with their aunt, Estela, spoke of "the grace that this ordination has brought to the whole family."