The Prelate's arrival in Vancouver

A brief summary of the arrival of Monsignor Ocáriz to Canada. 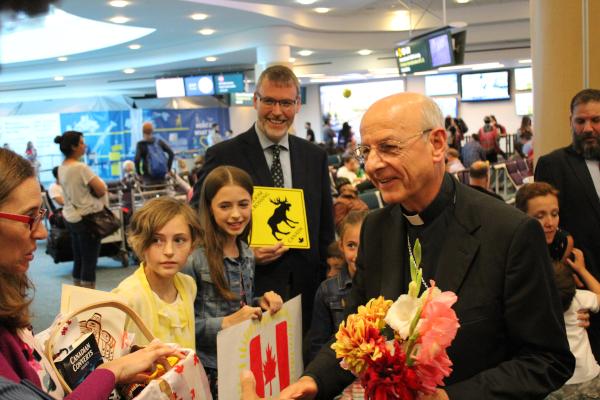 At 3:30 p.m. the plane arriving from San Francisco touched down in Vancouver. Msgr. Fernando Ocáriz went through customs and was greeted by the vicar of Opus Dei in Canada, Msgr. Fred Dolan, and several families.

Jonathan, Melissa and their young children had a banner prepared welcoming the Father and were smiling ear-to-ear as he approached. 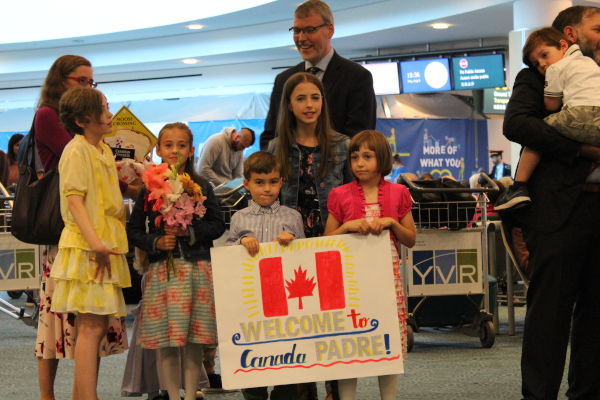 Anna and James, both converts to the faith, and their seven young children also greeted the Father, with a “Welcome to Canada" sign. Anna presented him with a recently published book that includes her conversion story, as well as gifts of maple syrup and a small moose doll, a quintessentially Canadian animal. 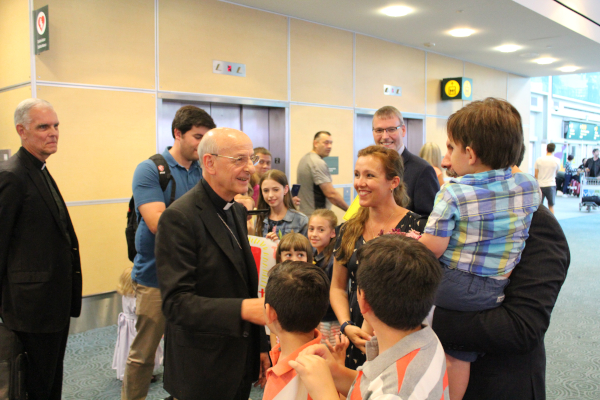 The Prelate then travelled to Glenwood, the men’s centre in Vancouver. After greeting the Lord in the Blessed Sacrament he spent some time with Fr. Joseph Soria, who suffered a couple of strokes some five years ago. They have corresponded regularly and Fr. Joseph was moved by the Father’s show of affection to him.