Commentary on the Gospel: Martha and Mary

Gospel for the 16th Sunday in Ordinary Time (Cycle C), and commentary. 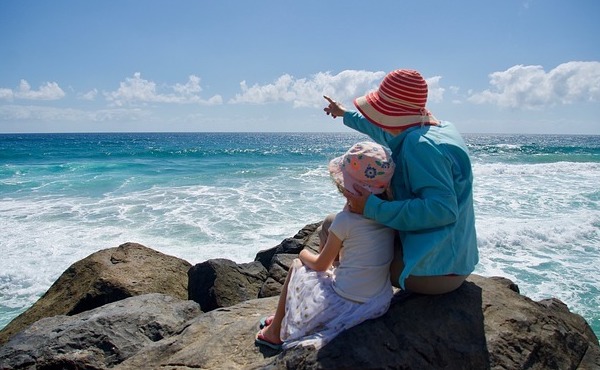 Now as they went on their way, he entered a village; and a woman named Martha received him into her house. And she had a sister called Mary, who sat at the Lord’s feet and listened to his teaching. But Martha was distracted with much serving; and she went to him and said,

“Lord, do you not care that my sister has left me to serve alone? Tell her then to help me.”

But the Lord answered her,

“Martha, Martha, you are anxious and troubled about many things; only one thing is needful. Mary has chosen the good portion, which shall not be taken away from her.”

Saint Luke recounts that a woman named Martha received Jesus into her home. “She welcomed him as pilgrims are usually received,” Saint Augustine comments. “Although in reality the servant received her Lord, the sick woman her Savior, the creature her Creator.”[1] The Gospel account tells us that this woman had a sister named Mary. But Martha is named first, probably because she was the owner of the house. In any case, Martha soon finds herself overburdened and anxious about preparing everything needed to serve Jesus. Mary in the meantime is listening to Jesus’ words, “not only sitting close to Jesus, but right at his feet,” Saint John Chrysostom points out. “We see her eagerness and ardent desire to listen to his words and her great respect for the Lord.”[2]

Martha, who is upset, goes to our Lord with full confidence, telling him to ask Mary to assist her. We don’t know if Mary, and even Jesus himself, then got up to help her. The Evangelist rather records for us an important lesson of the Master: “Martha, Martha, you are anxious and troubled about many things; only one thing is needful. Mary has chosen the good portion, which shall not be taken away from her.”

Throughout the Church’s history, this scene has been commented on by many Fathers of the Church and saints. Martha has often been seen as a symbol of activity and work in this world, while Mary is seen as a symbol of contemplation and our future beatific vision of God. Pope Francis said: “What does Jesus mean? What is this one thing that we need? First of all, it is important to understand that this is not about two contradictory attitudes: listening to the word of the Lord, contemplation, and practical service to our neighbor. These are not two attitudes opposed to one another, but on the contrary they are two essential aspects in our Christian life; aspects that can never be separated, but are lived out in deep unity and harmony. Why then was Martha scolded, even if kindly, by Jesus? Because she considered only what she was doing to be essential; she was too absorbed and worried by the things ‘to do.’ For a Christian, works of service and charity are never detached from the principle of all our action: that is, listening to the Word of the Lord, being—like Mary—at the feet of Jesus, with the attitude of a disciple. And that is why Martha was scolded.”[3]

Jesus wants us to understand that attentive listening to his words should come first in order to truly fulfill his commandment of love. As Saint Josemaría said: “‘Mary has chosen the better part,’ we read in the holy Gospel. There she is, drinking in the words of the Master. Apparently idle, she is praying and loving. Afterwards she accompanies Jesus in his preaching through towns and villages. Without prayer, how difficult it is to accompany Him!”[4]

Jesus makes clear that Mary has chosen “the good portion, which shall not be taken away from her.” Hence he implies that Martha’s portion can indeed lost. For without contemplation, which is what gives meaning and effectiveness to all work carried out for God, sooner or later one would end up abandoning that work itself. Saint Josemaria insisted: “Let us work. Let us work a lot and work well, without forgetting that prayer is our best weapon. That is why I will never tire of repeating that we have to be contemplative souls in the middle of the world, who try to turn their work into prayer.”[5] For when we are diligent in our prayer, everything becomes a place for meeting God, for a loving dialogue with him.