Commentary on the Gospel: Born in Bethlehem

Gospel for the Solemnity of Christmas, Mass at Midnight (Cycle A), and commentary. 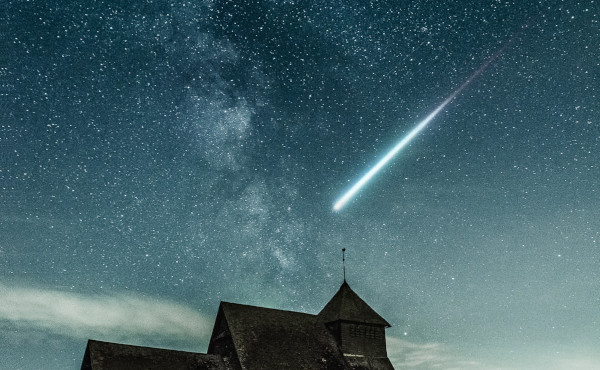 In those days a decree went out from Caesar Augustus that all the world should be enrolled. This was the first enrollment, when Quirinius was governor of Syria. And all went to be enrolled, each to his own city. And Joseph also went up from Galilee, from the city of Nazareth, to Judea, to the city of David, which is called Bethlehem, because he was of the house and lineage of David, to be enrolled with Mary, his betrothed, who was with child. And while they were there, the time came for her to be delivered. And she gave birth to her first-born son and wrapped him in swaddling cloths, and laid him in a manger, because there was no place for them in the inn.

And in that region there were shepherds out in the field, keeping watch over their flock by night. And an angel of the Lord appeared to them, and the glory of the Lord shone around them, and they were filled with fear. And the angel said to them,

“Be not afraid; for behold, I bring you good news of a great joy which will come to all the people; for to you is born this day in the city of David a Savior, who is Christ the Lord. And this will be a sign for you: you will find a baby wrapped in swaddling cloths and lying in a manger.”

And suddenly there was with the angel a multitude of the heavenly host praising God and saying,

“Glory to God in the highest,
and on earth peace among men with whom he is pleased!”

Saint Luke begins his account of Jesus’ birth by placing it at a specific time in human history, during the reign of Caesar Augustus.

The Roman emperor was often praised with the title “savior of the whole world.” But far from the center of imperial power, in the humble town of Bethlehem, in a cave, among simple people, the One who will truly bring salvation to the world is born.

There Mary “gave birth to her first-born son and wrapped him in swaddling cloths, and laid him in a manger” (v. 7). The word “first-born” here only means that this was her first child, and doesn’t imply that others were born later. An inscription on the tomb of a Jewish woman who died in 5 BC, found in Leontopolis in Egypt, says that she died when giving birth to her first-born child. Obviously she would never give birth to another one. And of course we know by faith that Mary ever-virgin gave birth only to Jesus, by the work and grace of the Holy Spirit.

The true Saviour of the world is a defenseless Child, born in poverty, “in the peripheries,” surrounded only by the tenderness and love of Mary and Joseph. As Pope Francis said: “On this holy night, while we contemplate the Infant Jesus just born and placed in the manger, we are invited to reflect. How do we welcome the tenderness of God? Do I allow myself to be taken up by God, to be embraced by Him, or do I prevent him from drawing close? ‘But I am searching for the Lord,’ we could respond. Nevertheless, what is most important is not seeking Him, but rather allowing Him to seek me, find me and caress me with tenderness. The question put to us simply by the Infant’s presence is: do I allow God to love me?”[1]

Saint Luke tells us that Mary placed her son “in a manger,” where animals fed. Hence he implies that this Child will be given as food for many. The name Bethlehem, in Hebrew Beth Lehem, means “House of Bread.” And in a stable on the outskirts of the town is found the true “Bread of Life,” who sustains and gives life to the world.

How easy it is to pray when we enter into Bethlehem and accompany Jesus, Mary and Joseph! Saint Josemaria liked to savour the tender love of the Son of God made Man: “Cold. Poverty... I am Joseph’s little servant. How good Joseph is! He treats me like a father. He even forgives me if I take the Child in my arms and spend hour after hour saying sweet and loving things to Him!...