"Be worthy of Christ's friendship"

On October 29 in Rome, Bishop Javier Echevarria conferred diaconal ordination on 31 faithful of the Prelature. With words from the Prelate's homily. 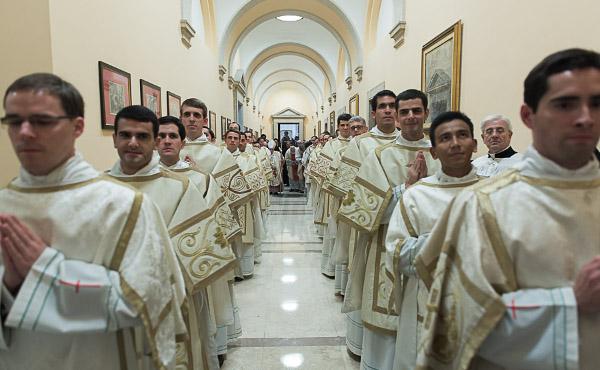 In his homily, the Prelate said: "God has chosen us before the creation of the world; he has called us to be configured with Christ in Baptism and to follow in his footsteps, also as a sign of our correspondence to his immense love.

"Throughout the years, in the Prelature of Opus Dei, this universal call to holiness and apostolate has been a constant mark of the work of its faithful, both men and women. We all form in the Church one Body and one Spirit, Saint Paul tells us, just as you were called to the one hope that belongs to your call (Eph 4:4).

"In apostolic celibacy, in the priesthood, and in marriage, we Christians share in the same and one vocation, personalized in accord with God’s plan for each of us; and we are all called equally to sanctity. Today, moreover, I would like to remind you that the diaconal ordination of these faithful of the Prelature (and in six months, their priestly ordination) does not change their belonging to Opus Dei. Certainly, sacred Orders confers on them a new state, through the character and grace of the sacrament; but the call to identify oneself with Christ is, on the path of Opus Dei, the same, both for priests and lay people, without affecting, of course, the difference between the clerical and lay state ….

"Jesus’ words in the Gospel of the Mass are addressed in a special way to the sacred ministers: you are my friends if you do what I command you (Jn 15:14). How marvelous is this divine promise, addressed to everyone and addressed to you! With his help and the prayers of so many people, you will be worthy of this friendship, fulfilling Jesus’ promise: I chose you and appointed you that you should go and bear fruit and that your fruit should abide." 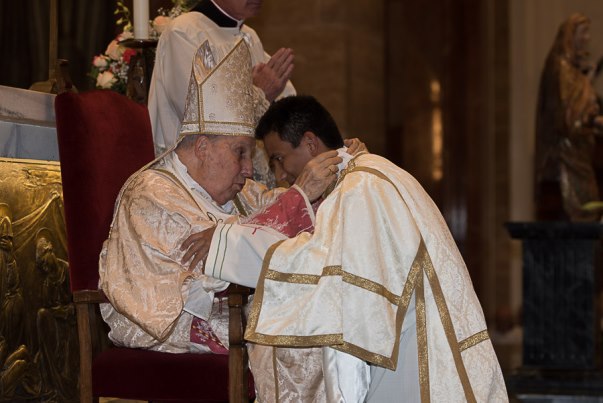 The new deacons come from 16 different countries. After being faithful of the Prelature for a number of years and completing the required studies, they now receive the diaconate, and on the upcoming 29th of April they will be ordained priests.