"The people are so wonderful"

A group of high school boys from New York City spent their winter recess in Guatemala doing all they could to improve the lives of the people in a poor village high in the mountains. 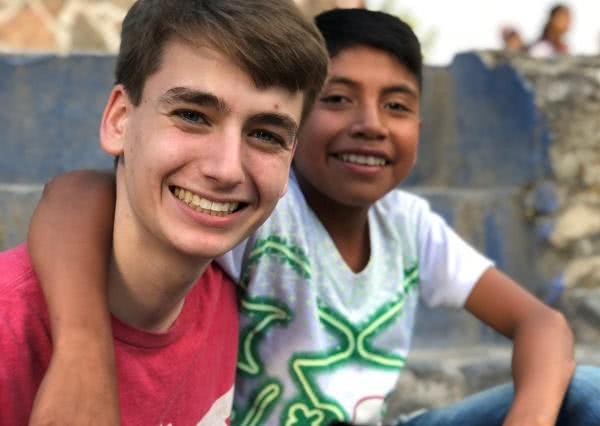 A group of high school boys from New York City spent a week in Santa Catarina Palopó, Guatemala, over winter break working at the local water treatment plant and conducting a camp for children in the village located on Lake Atitlán in the Sierra Madre mountains. 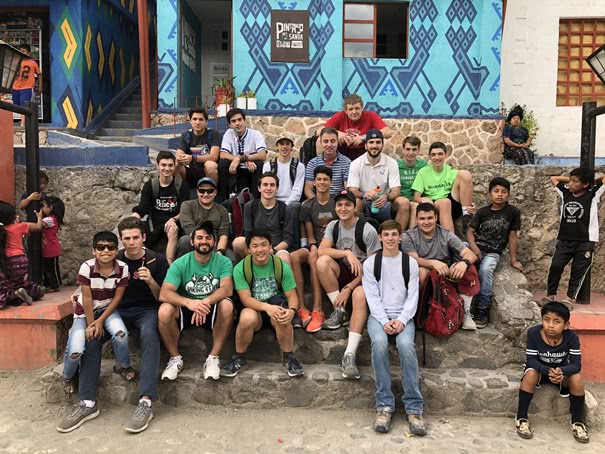 In November, during his homily for the World Day of the Poor, Pope Francis encouraged all Christians to deeply consider whether they have been doing all they can to care for the poor in our world. Meditating on the Parable of the Talents, the Holy Father reminded us that it is not enough to avoid evil, but that we must seek to do good.

The high school boys’ main project was to help build a tank for the Santa Catarina water treatment plant. With the introduction of modern fertilizers and chemicals in local agriculture, the need to treat the water becomes all the greater. The once pristine Lake Atitlán, which the terrain around the village naturally drains into, is reaching a critical level of pollution, and concerns for the future of the body of water are high. Given that the lake is the source of the village’s cooking, cleaning and washing water, the water treatment plant plays a vital role in the life of Santa Catarina and its people. In reality, the facility needs to more than double in size if resources and funds were available. But the young Americans were happy to spend their winter recess helping to improve an important part of the treatment process.

This year’s project required many details of coordination -- many tons of gravel, sand and cement and huge stacks of cinder block. And the work was hard! Nigel, a senior from Brooklyn and two-time Guatemala Service Project participant, said “The town of Santa Catarina has a great need for the work we were doing, so each of us was happy to do everything possible for the people.” 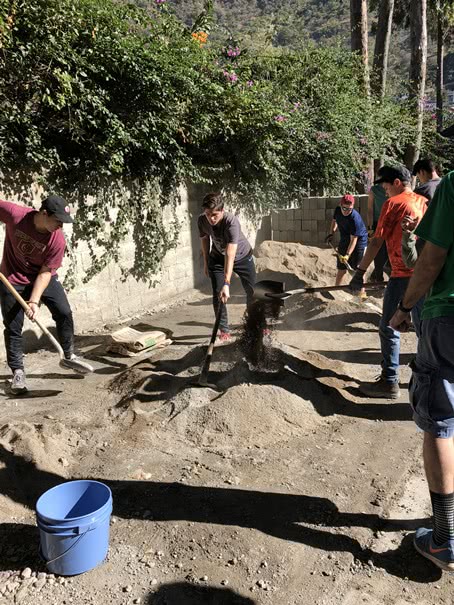 But what could a few high school students do in just one week? What impact can they really make?

A walk through Santa Catarina will give you the answer. One week may not seem like much but year after year, you begin to see a difference. Here is a house the boys built for a very poor family a year ago; over there is a basketball court for the school. Here is the dangerous village alley high on the mountainside that they leveled and paved. Much of the water treatment plant itself is the result of consecutive groups of high school boys giving one week of their lives each year.

A zeal for solidarity marked the spirit of the trip with a realization that the Santa Catarinans were their brothers and sisters. After a hard day of work, the boys would organize a camp for the village children in the town plaza. Afterwards groups of them would accompany one of the boys or girls on a visit to their home, bringing scarce staples like clothes and shoes and also toys they had collected back in the United States. 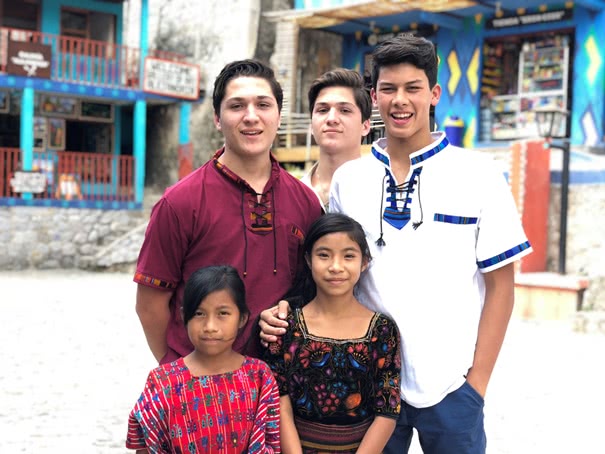 In Guatemala, there is no public education offered beyond elementary school. Children in poor families are often working at a very young age to help support their families. It is not uncommon to see 11 year old children operating stands of goods or peddling wares in the streets.

Therefore, before going, the boys also did fundraising to provide scholarships for the kids in Santa Catarina to allow them to go to a secondary school in the next town over. Dr. Bickford highlighted the importance of this effort, seeing it as the real long-term impact the project could have. Enabling some students year after year to continue their studies will help to solve the cyclical poverty in the village, also during the rest of the year when the boys are thousands of miles away. The selection of which students receive aid is left to the principal of the elementary school in Santa Catarina, who identifies deserving students who will take the opportunity seriously.

The high school boys also had the opportunity to witness how seriously the students took their chance to continue their education. The principal spread the word and the scholarship students and their families gathered at the primary school in an impromptu ceremony. The principal introduced his former students with evident pride, and allowed them to shine as they explained what they were studying, full of gratitude and optimism for the future.

None were more grateful than the students’ parents, however, who were overcome with emotion and struggled to express it in their native dialect of Kaqchikel. One mother went up to Dr. Bickford after the ceremony to press a handmade scarf into his hands, saying in Spanish, “Thank you, Thank you, Thank you.” 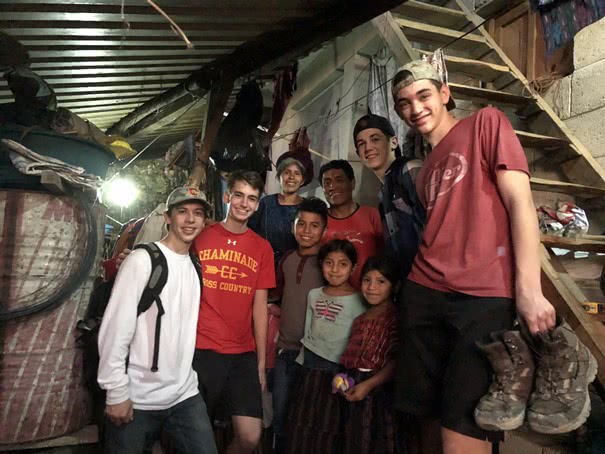 As Pope Francis said in concluding his Homily for the World Day of the Poor, with sentiments shared by Saint Josemaria: “May the Lord grant us the wisdom to seek what really matters and the courage to love, not in words but in deeds.”