Fifty years ago, on May 1, 1970, St. Josemaría announced his desire to cross the Atlantic to prostrate himself at the feet of Our Lady of Guadalupe. 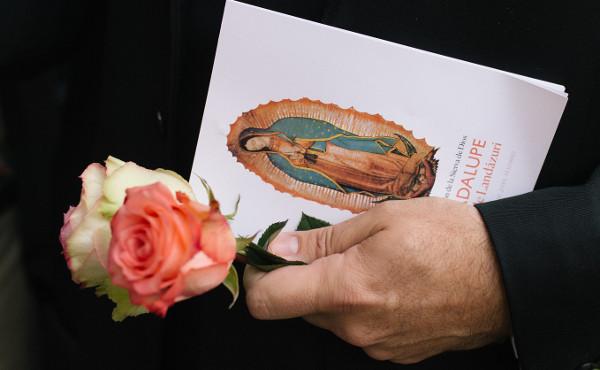 The Story of Our Lady of Guadalupe

The oldest account of the apparitions of the Blessed Virgin to Juan Diego, a native of Mexico, on the hill of Tepeyac, is the so-called Nican Mopohua (in the Nahuatl language) in the mid-sixteenth century. The story begins in the month of December 1531. At that time, says the Nican Mopohua, ten years after the conquest of Mexico City, the war was suspended and there was peace in the villages, so knowledge of the true God began to sprout. Evangelization was making great strides. God wanted to show then that He was placing the evangelization of the new continent under the mantle of the Mediatrix of all graces, his Blessed Mother.


An indigenous man named Juan Diego, born in Cuauhtitlán, went to Mexico City early one Saturday morning to receive instruction in Christian doctrine. As he passed by a small hill called Tepeyac, he heard the singing of many beautiful birds. When he suddenly stopped, he heard them call him from above the hill and say, "Juanito, Juan Dieguito". Very happy, he went to the place the voice was coming from and saw a noble lady standing and calling him to come to her. When he arrived in her presence, he marvelled at her superhuman grandeur: her clothing was radiant like the sun, and the stone and the cliff on which she was standing, threw out shining rays.

The "tilma" of Guadalupe

The Blessed Virgin immediately told Juan Diego what she wanted: "Know and understand, you, the least of my children, that I am the ever-Virgin Holy Mary, Mother of the true God for whom one lives. ... I strongly desire that you raise a temple to me here, to show and give all my love, compassion, help and defence; because I am truly your compassionate Mother, yours and of all of you who live united on this earth, and of the other varied races of men who love me, who invoke me, who seek me and trust in me; there I will listen to their weeping, their sadness, to remedy and cure all their pains, miseries and sorrows."

Our Lady ordered him to go to the bishop, Fr. Juan de Zumárraga, to let him know her wish. But the bishop did not believe Juan Diego when he revealed to the prelate what Our Lady had told him. Fr. Juan asked Juan Diego for an unmistakable sign that it was the Queen of Heaven who was appearing to him. Juan Diego presented himself again to the Virgin at Tepeyac to give his explanations and the Lady promised to give him an irrefutable sign the next day.

The outcome of the story is well known: the prodigy of the roses in bloom on the top of the hill, which were placed in Juan Diego's tilma by Our Lady, and taken to the bishop as proof of the apparitions; and how, when Juan Diego unfurled his rough garment, a wonderful image –not painted by human hands– appeared, and is still preserved and venerated today.

In a short time, devotion to Our Lady of Guadalupe spread in a prodigious way. The roots of this devotion in the Mexican people cannot be easily compared to any other phenomenon. Throughout America and in many other places around the world, she is invoked with fervor. By a singular privilege not granted in any other case, she left her portrait as a pledge of her love. 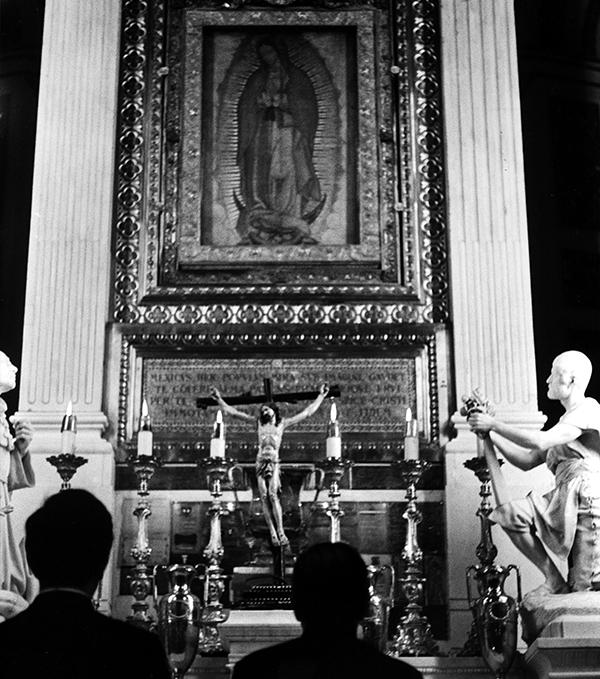 "She will make everything right": St. Josemaría in Mexico

It was May 1, 1970, fifty years ago now, when St. Josemaría announced his desire to cross the Atlantic to prostrate himself at the feet of Our Lady of Guadalupe. Recalling the circumstances of that outburst of affection for Our Lady, Bishop Echevarría, who accompanied him on the trip, wrote 25 years later: “‘I would dare to assure you,’ I heard him say on several occasions, that our Lady obliged him to undertake that penitential pilgrimage, because she wanted him to go there, at the feet of that dark image, to ask for her intercession on behalf of the world, the Church, and this small part of the Church that is Opus Dei.”

On May 15, at dawn, St Josemaria arrived in Mexico City. "I have come to see Our Lady of Guadalupe and, in passing, to see you," he announced to the people of the Work when he arrived. The next day, without even waiting to adjust to the change in altitude and time zone, he went to the Basilica and began his novena, which lasted until the 24th. With his gaze fixed on the picture of Our Lady of Guadalupe, he raised a very intense prayer to our Mother, in which he confidently said: "Monstra te esse Matrem! Show that you are a mother. (...) If a little son were to ask his mother for this, it is certain that there would be no mother who would not be moved". And he added: "Listen to us: I know you will!"

Over the next few days, he occupied a side stand from which it was possible to pray before the image up-close. During those nine days he prayed intensely to the Empress of America, for the Church and for the Work.

The words of the Virgin Mary to Juan Diego

"Am I not here, who am your Mother? Are you not under my shadow and protection? Am I not your health? Are you not by chance in my lap and in my arms? What more do you need?"