In addition to being one of the most-loved Marian shrines worldwide, Lourdes is also linked to an important page in the history of Opus Dei: the escape from one part of Spain to another that St. Josemaría made through the Pyrenees in 1937 with some of the first members of the Work and other people during the Spanish Civil War. 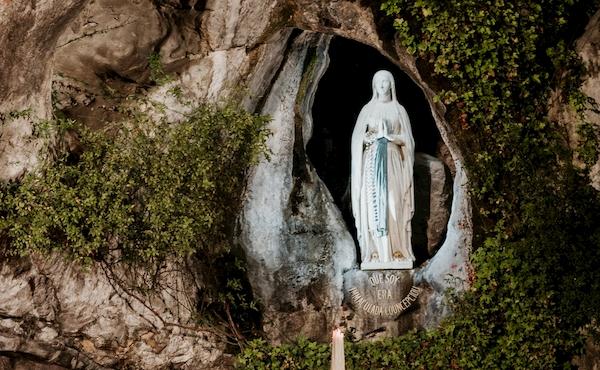 Photo by Kamil Szumotalski on Unsplash.

The Story of Our Lady of Lourdes

In the south of France, in the foothills of the central-western Pyrenees, there is a small town which, in the year 1858, had a population of around four thousand inhabitants. It is said that Mirat, a Saracen chief in the year 778, occupied the fortress that would later dominate the village. Eventually he converted to Christianity and his baptismal name, Lorus, was given to the town, which would later be transformed into Lourdes.

In Lourdes lived Marie-Bernarde Soubirous, called Bernadette, the eldest of a large and poor family; in 1858 she was 14 years old and helped her mother with the housework. On Thursday, February 11, a veil of mist enveloped the city and the surrounding mountains. The day was very cold and wet. Bernadette, her sister Toinette, and a friend named Jeanne went out to look for wood for the Massabielle grotto.

At a certain point on the way, they had to cross a small canal, which flows into the Gave de Pau River. On the other side, above a cave, there was an oval niche carved into the rock. Bernadette herself later recalled that moment: "One day I went to the bank of the Gave de Pau River to collect firewood with two other girls. Immediately I heard a noise. I looked at the meadow, but the trees were not moving. I then raised my head towards the cave and saw a woman dressed in white, with a light blue belt and on each of her feet a golden rose, the same color as her rosary beads.

“Thinking I was mistaken, I rubbed my eyes. I put my hand in my pocket to look for my rosary. I wanted to make the sign of the cross, but I was unable to bring my hand to my forehead. When the Lady made the sign of the Cross, I tried it too, and even though my hand was shaking, I managed to make it. I began to pray the Rosary, while the Lady was running through her beads, but without removing her lips. When I finished the Rosary, the vision faded away.”

Our Lady appeared to her eighteen times: twelve times in February, four times in March, once in April, and finally on July 16 of the same year, 1858. Only Bernadette saw her. As the apparitions went on, a multitude of people came to her side; they noticed great joy on her face but could not see or hear anything. Until the third apparition, on February 18, the Lady did not speak. On the 24th of that month, at the eighth apparition, the Lady said, "Penance, penance, penance..." And she added: "Pray for the conversion of sinners. The next day, by express command of the Virgin, Bernadette dug the Lourdes spring, whose water has worked and continues to work so many miracles, with her hands. On March 2, she asked that a chapel be erected there for people to go in procession. And finally, at the sixteenth apparition, on March 25, the Lady revealed her name. Bernadette asked her three times in a row. At first, she smiled without answering. "To my third question, the Lady joined her hands and carried them on her chest... she looked up to Heaven... then, slowly separating her hands and leaning over to me, she said: ‘I am the Immaculate Conception.’” 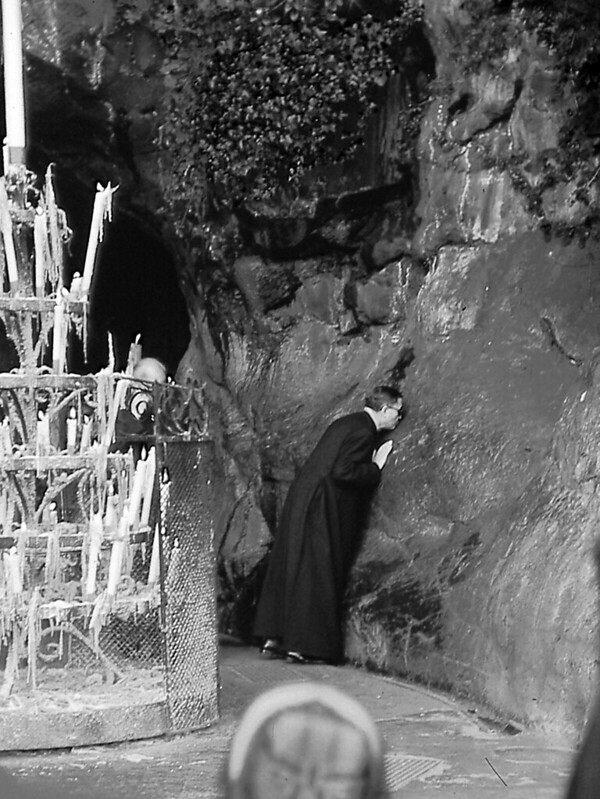 Our Lady of Lourdes is especially linked to an important page in the history of Opus Dei: the end of the escape from one part of Spain to another that St. Josemaría made through the Pyrenees in 1937 with some of the first members of the Work and other people during the Spanish Civil War. December 10 was the day chosen for them to leave the Principality of Andorra and go to France, from which they would again enter Spain through the border of Hendaye. "However, we did not go directly to Hendaye," writes Pedro Casciaro, one of those accompanying St. Josemaría.

"We left for Lourdes very early. The Father went in silence, very recollected, preparing for the Holy Mass. We prayed for a while and said the Rosary. When we arrived, after overcoming some difficulties in the sacristy of the Shrine—the Father had not been able to get a cassock and they did not want to let him celebrate Mass—he was able to celebrate, conveniently dressed in a white French chasuble, at the second side altar on the right side of the nave, quite close to the entrance door of the crypt.” (Pedro Casciaro, Dream and Your Dreams Will Fall Short, p. 129) At about half past nine, the Founder of Opus Dei celebrated Holy Mass a few meters from the Massabielle grotto.

Over the years, Saint Josemaría returned to Lourdes on various occasions, the last one in October 1972, to pray before our Lady for his trips around Europe.

Act of Trust in Mary (fragment): "Teach us, Mary, to lead the life of the Lord. Teach us the Yes of your heart."