Economic Rebellion of the "Tea Slaves"

An article published in "El Mundo" about the Kimlea Training Centre, a corporate work of Opus Dei in Kenya that seeks to give women the skills needed to escape from their life as tea pickers on the Maramba plantation. 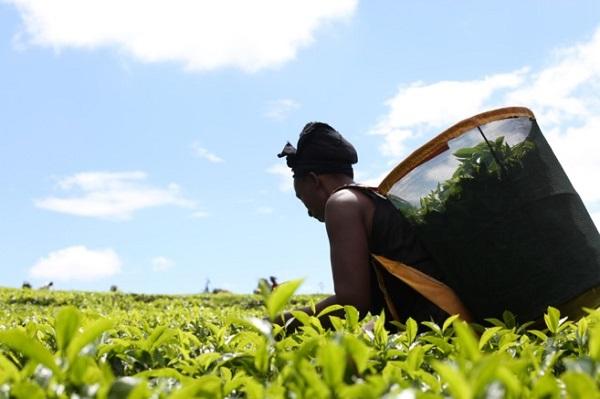 Karen and her children consider themselves lucky to be able to live in an old stable, surrounded by tea and coffee plants. During the colonial period, their ancestors cared for the horses of the British landlords in these stables. Today the horse stables are home to the children and grandchildren of those tea slaves.

Not everyone working at the Maramba plantation in the Limuru area of Kenya has the privilege of living indoors, despite the fact that it is one of the richest areas in the country thanks to the production of tea and coffee. Seventy-five percent of the nearly 2,000 laborers working on these lands are women, and their working life differs little from that experienced by their grandmothers during colonialism, except that their employers are no longer white men but wealthy Africans, and now they live in the stables.

They earn five Kenyan shillings (less than one euro) for every kilo of tea or coffee they pick, and their work begins at dawn and ends at twilight. The money that these heads of a family earn isn’t enough to support their family members, and “in the past many of the women were forced to take up prostitution at night in the local clubs in order to bring in an extra income.”

"They work in conditions of semi-slavery and have to look for alternative ways to support their families,” explains Frankie Gikandi, director of the Kimlea Technical Training Centre and a “mother courage” figure for these women.

The center she manages has revolutionized the economy of the Maramba plantation and its villages and has created a parallel, alternative economy to tea. It is an “economy of second chances.” “Before these families lived off the land; now they are given the chance to learn hospitality management, sewing or computer skills, and earn extra income to support their families,” says the woman who has directed the center since 1990.

The district of Limuru, where the tea plantation is located, has a population of 200,000 inhabitants, most of them employed in the fields. In the past the day laborers barely got by with what they earned with the harvest. Today they are getting ahead thanks to the extra income they earn from developing the skills they learn in Kimlea.

This doesn’t allow them to leave the tea fields altogether, but it gives them the extra income they need to live decently. Tea pickers during the day, and students at night to become cooks, seamstresses or secretaries. “We want to give them the tools they need to find their own way out of this way of life, and some day leave the plantation work behind and start a new life. There used to be a lot more prostitution on the plantations, but now the level has dropped thanks to these girls having other alternatives,” says Gikandi.

When they leave the Kimlea school the women begin working in hotels, in schools or in the tourism sector. Many are now entrepreneurs who have set up small businesses through the Internet, or have begun restaurants. Those who managed to save up enough money have even moved to the capital, Nairobi, to try their luck.

From students to teachers

Others, like Paris, are employed by the Kimlea training center. They assist the women who, like themselves, one day entered the door with few resources and many hopes for the future. “Paris first came here in 1999 and was one of the students with the best grades. Today she is a teacher with us,” says Gikandi.

Karen, another ex-student, works in the center’s dispensary. In the kitchen, women bake cookies and many “already sell their own pastries outside the center,” says the director, who has given lectures in Spain and received the 2010 Harambee Foundation Award for her work for the advancement of African women.

Over 20,000 women have passed through Kimlea’s classrooms, Gikandi says, and in almost every family on the plantation there is at least one woman who has studied in the center and now brings forward the family economy.

The school first opened its doors back in the 1960s “when the country didn’t have enough money for adult education and priority was given to children,” Gikandi points out. The center is in a rich area, but the money obtained from the coffee and tea fields goes to “the lords of the land.” “Many of the women are quite bright but their families can’t afford to pay for their studies.”

In Kimlea they pay only 20% of the total cost of 12,000 shillings (100 euros) every three months. The school has gained a lot of prestige and it is now the “stable dwellers” who support the family economy in these villages with their “moonlighting” work: mornings spent in the sun with a basket on their back, and the evenings, which restore their human dignity.