Free to Build the Future

Freedom is not only a right: it entails a responsibility that should lead Christians to get involved in trying to solve the problems in contemporary society. We offer an article that confronts this question in the light of some of St. Josemaria's teachings. 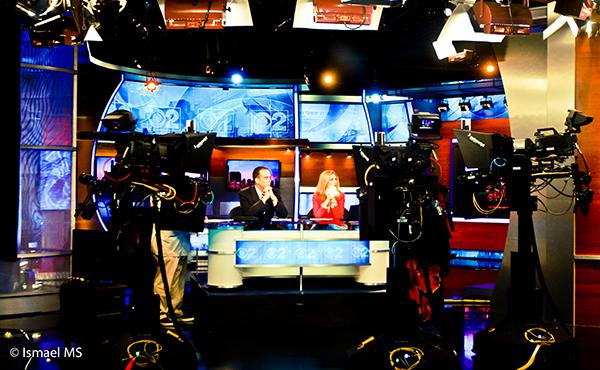 "I want you to be rebels, free and unfettered, because I want you—it is Christ who wants us!—to be children of God."[1] St. Josemaria constantly encouraged everyone to have the courage to exercise to the full their personal freedom—with the corresponding responsibility, and even the risk, that this entails. He urged us to defend and take up this freedom, won for us by Christ, whether or not others choose to recognize it.

This is one of the keys that unlocks the greatness of ordinary life. For each man and woman should grow every day in what lies at the core of their personal dignity: the true freedom of the children of God.

In the course of his life, St. Josemaria observed with sorrow that various cultural and social trends were contributing to a loss of respect for personal freedom. These dangers included a "mass mentality," alienations of various types, totalitarianism and dictatorships, and a deforming clericalism. Faced with these attacks on the person and his freedom, he reacted with Christian outlook, doing all he could to defend the dignity of each human being. One example of his vigorous defense of human freedom was an article published in a Madrid newspaper in 1969 entitled "The Riches of the Faith."

St. Josemaria, just as we do, lived in a time of cultural paradox, when a strong sense of freedom goes hand in hand with the awareness that this power has frequently been misused in various ways. At times freedom is reduced to the mere capacity to choose, losing sight of the perfection to which each person is called.

We can also see in many of our contemporaries an abdication of personal freedom in the task of building a more human society, when they cede their freedom, almost without realizing it, to other entities.

Frequently governments assume the task of providing for all the needs of their citizens, smothering the personal responsibility of individuals. Many people—though they have a wide range of choices open to them in less important matters—exercise their freedom in a rather limited way, either because they have not taken time to think things through or they do not have access to the information needed to make decisions.

Faced with the overwhelming pressure of the existing power structures, market forces, or the media, many people see themselves reduced to making decisions only within the limited scope of their private life. To a large extent, they have lost their sense of personal participation in the building up of society, seeing themselves as having little influence in their place of work or over the direction of human progress in general. 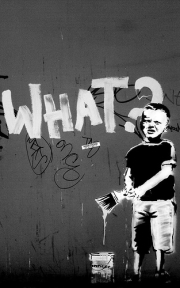 With his teachings, St. Josemaria helped people to fight against abdicating their freedom and responsibility. He encouraged them not to ensconce themselves in their own private world, to go beyond a life limited to daily tasks and domestic concerns, finding the strength of freedom to build the future.

According to the Founder of Opus Dei, freedom, in its deepest and principal meaning, signifies freedom before God and for God, and therefore it is inseparably united to personal responsibility. In the anonymity of a huge crowd, one’s personal responsibility is lost sight of. Persons become mere ciphers, losing their distinct personality. St. Josemaria strove to draw each person out of the anonymous crowd, made up of solitary individuals deprived of an authentically human relationship with God and with other men and women.

As a teacher of Christian life, he wanted to form free persons, children of God who struggle to be with Christ on the Cross, who strive to respond to the free self-giving and self-effacement shown there by their own free gift of self. If personal responsibility is not fostered, one fails to form persons who are free.

When speaking about personal freedom, St. Josemaria encouraged all Christians, as a demonstration of their personal freedom, to take an active part along with other citizens in all types of associations. He wanted them to play a significant role in the practical decisions that will determine the present and the future of human society. As he often said: "Freely, according to your own interests and talents, you have to take an active, effective part in the wholesome public or private associations of your country, in a way that is full of Christian spirit. Such organizations never fail to make some difference to people’s temporal or eternal good."[2]

The great challenges in the history of mankind should find responsible Christians who know they are identified with Christ on the Cross, and who realize that he has redeemed us and freed us from slavery. "We sons of God, who are citizens with the same standing as any others, have to take part fearlessly in all honest human activities and organizations, so that Christ may be present in them. Our Lord will ask a strict account of each one of us if through neglect or love of comfort we do not freely strive to play a part in the human developments and decisions on which the present and future of society depend."[3] 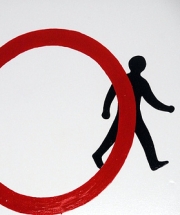 St. Josemaria’s understanding of the true human and Christian meaning of freedom included an heroic defense of freedom in the whole range of matters legitimately open to opinion in the professional terrain, in politics, in social and economic organization, in cultural, theological and philosophical points of view, etc.

He always defended the legitimate and healthy pluralism that is characteristic of a lay mentality, which gives great importance to personal freedom. He contrasted this view with a clericalism that fails to respect the proper autonomy of temporal realities, the natures and laws given to creatures by God. "When the value of freedom is fully understood and the divine gift of freedom is passionately loved, the pluralism that freedom brings with it is also loved."[4]

In this field, St. Josemaria often had to go against the current, in order to help people develop the full potential of their personal freedom. Part of this effort involved vigorously defending the theological truth that personal freedom is an essential characteristic of the secularity of the lay faithful.

This in no way implies that the clergy or religious do not enjoy the gift of freedom. Rather it seeks to emphasize that the activity of ordinary Christians in the world, inasmuch as they are Christians, ought to be characterized by the exercise of freedom. Naturally this is a matter of Christian freedom, guided by the truths of the faith and chiefly by Christ who is the Truth.

St. Josemaria used to express this concisely: "there are no dogmas in temporal affairs."[5] By this phrase, he was not trying to promote any sort of "Christian liberalism," in the sense of separating secular activities (politics, science, humanities) from the faith, seen as restricted to private devotion and theology. Nothing could be further from his mind.

St. Josemaria always insisted energetically (as an element of his teaching regarding the sanctification of daily work and secular structures) that the Christian faith should cast light on all temporal problems. Hence a Christian should not cease being a Christian when he or she enters parliament, practices medicine or architecture, or carries out the work of a housewife. The unity of life that he saw as fundamental to one’s Christian life should lead us to bring all these concerns (our family and professional work, and the world at large) to Christ. But this should be done with full freedom, avoiding any form of "fundamentalism," never limiting the Christian faith to our personal preferences and solutions, no matter how well-suited and noble they seem. 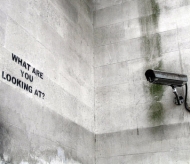 It is well known that St. Josemaria strongly defended the freedom of the faithful of Opus Dei. Frequently he would stress that members of Opus Dei could have all sorts of political positions, as long as these did not clash with the Catholic faith. "This pluralism is a manifestation of good spirit," he insisted.[6] He saw it as very healthy that differences of opinion existed in political matters among persons belonging to Opus Dei, and spoke strongly against any kind of "tyranny" where someone in authority would try to impose his views in temporal matters on others.

Any attempt to identify a particular policy in temporal issues with the faith, even with the best of intentions, would be a form of clericalism. A clericalism of this sort, he said forcefully, would be tantamount to a "tyranny" that erased personal freedom. And it would be totally incompatible with Christian secularity, which is inseparable from true freedom.

His love for freedom led him to do everything possible to provide for a thorough formation, also in theology, so that each of the faithful could sanctify their daily work and carry out apostolate with a great spirit of freedom, without the need for specific instructions. On this point, as in many others, St. Josemaria was truly innovative, and not just for the sake of innovation.

"It is not in accord with human dignity to try and fix absolute truths in questions where necessarily each one will look at things from his own point of view, according to one’s particular interests, cultural preferences and personal experience."[7]This is sometimes seen, and rightly so, as due to human limitations. But we should also realize that it has a lot to do with human dignity. St. Josemaria saw that respect for the dignity of each person meant giving importance to the ideas and perspectives of other men and women. Any attempt to establish "absolute truths" in temporal matters would show distrust in the contribution of others to the search for the best way to act in accord with the truth.

It is good to recall how St. Josemaria, with the light of the Holy Spirit, contemplated freedom in its deepest meaning, sensing and even to some extent coming to understand the reality of our divine filiation. To be son or daughter of God means to be a person who is free.

The freedom of the children of God is the fruit of the "kenosis," the self-giving of the Word Incarnate. It is on the Cross that Christ exercises, in sublime fashion and with full freedom, his infinite love for the will of the Father. By his Passion and Death, he won freedom for all men and women, and attained the victory of the Resurrection. The Trinitarian current of love reaches its culmination in Christ’s Passion.

"When God’s appointed time comes to save mankind from the slavery of sin, we contemplate Jesus Christ in Gethsemane, suffering in agony to the point of sweating blood (cf. Lk 22:44). He spontaneously and unconditionally accepts the sacrifice which the Father is asking of him."[8]

Christ’s unconditional acceptance of the Father’s will is the highest exercise of freedom and of a kingship that seeks to serve all mankind. 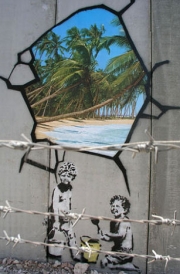