A report published in the March 17 edition of "Vida Nueva" on the work of Ebele Okoye, Harambee 2018 Prize Winner for the Advancement and Equality of African Women. 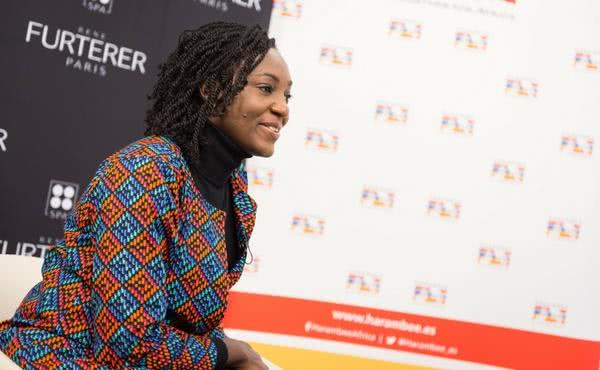 Last March 6th, two days before the International Women’s Day and the feminist strikes in 177 countries, a debate was held on the social media and in political circles (often with an angry and unhelpful tone) on the need to stress the inequality of rights between the sexes today.

On that same day, in Madrid, far from the noisy debate, the Nigerian activist Ebele Okoye spoke to the media about receiving the Harambee 2018 Prize for the Advancement and Equality of African Women.

In a firm and serene tone, she spoke about the daily reality of a large part of the 80 million women and girls in Nigeria, who need to confront so many threats: systematic rape, the obligation to contract marriage with men much older than themselves, domestic violence and servitude, as well as female genital mutilation, her country being the first in the world in that sad statistic. And this list doesn’t include all that is happening in the North, where the terrorist group Boko Haram threatens to enslave many girls and sell or use them as human explosives to carry out terrorist attacks.

Given this situation, Ebele acknowledges her “good luck” in life, since her parents encouraged her education just as they did that of her three brothers. This is not at all common in her country, where “a family with both a son and a daughter almost always uses its resources for the boy.” 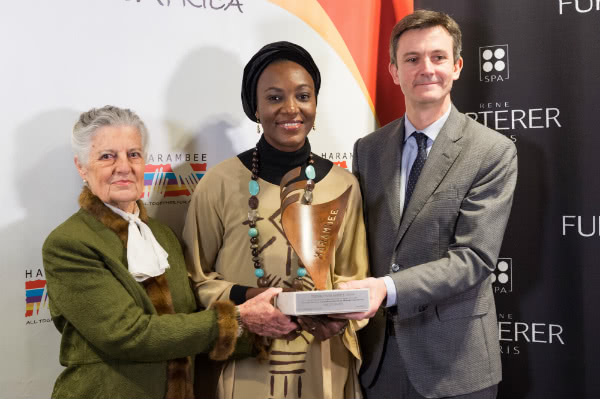 After earning her degree in pharmacy, she could have chosen to work in several prestigious laboratories. But after a brief experience in the workplace, she decided to follow the example of her mother, a nurse in a rural health center, and committed herself entirely to bettering the lives of thousands of women and girls who lack the opportunity for any kind of self-determination in her country.

This about-face in her life led, in 2005, to her setting in motion the AMAD Programme for advancing the status of women in rural districts, for which she received the Harambee 2018 Prize. The results testify to the impressive work done over these years. 270 women have been helped to go on to study at the university and, thanks to the microcredit program, over 1,000 women have started their own small businesses, with which they assure their autonomy from their husbands.

This is an open project that makes no distinctions between ethnic or religious groups. The programme also includes courses in literacy and the provision of basic medical services in local dispensaries. Also since 2016, in Eleko, in the State of Lagos, a support programme has been offered for women and children displaced by the widespread violence there.

Ebele says that teamwork on the part of the women involved is key in overcoming all the obstacles. “The political authorities place a lot of obstacles, but the most complicated thing is when, before entering any community, we need to speak with the chief of the clan beforehand. They are always men and often do not understand our concern for these ‘women’s matters.’ Many mothers of families face the problem that their husbands don’t want them to be part of this effort. They think that, if their wives learn how to run a small business, they may end up earning more than they do. And that is something they refuse to accept.”

The battle against a deep-seated machismo or male chauvenism in the local culture can only be waged, Ebele admits, “little by little, trying to convince people and awaken them to the fact that this will be good for everyone”.

The Harambee 2018 prize winner is enheartened by the short stories of hope that encourage her to continue her struggle: “I will never forget a mother in a village in Iroto who worked growing yucca plants. Since she had no money to begin with, all her efforts earned her very little in the end. But thanks to our microcredit training, she was able to start a business together with her children and now can go to the city once a week to sell her product. Her life has changed completely.”

Aware that her status as an educated woman depends in large part on “luck,” Ebele wants to share her good fortune with as many other women as possible in her country, especially the most needy. “Women continue being the hidden resource that has been completely unexplored. There is no doubt that women can contribute enormously to our country’s development and economic progress. They are also a sure path towards sustainable progress in society, but for that reason they need the education that will permit them to occupy leadership positions.”

Unfortunately, the reality is quite different. “The gender gap is enormous and the percentage of Nigerian women who occupy public offices is extremely small in comparison with men.”

One telling story that she recounts is that “when Boko Haram kidnapped hundreds of girls, there was a period of negotiations in which many political figures were involved, but there was only one woman. And she was the only one who realized that, if any of these girls were freed, the first need would be blankets and food. Among so many men, no one stopped to think of anything like this. These are the concerns of a mother, and politics also has to include these things.”

“We are like a grain of sand in an immense desert,’’ Ebele admits. “But we know that it is not only a question of providing women with skills and an education. Rather the goal is to awaken them to their innate capacities and dignity.” And then they will be able to help further the change that Nigeria, and the whole world, needs.

The origin of the AMAD Programme goes back to 2005, when the Women’s Board, the NGO in which Ebele Okoye worked, organized a Leadership Conference at the University of Lagos. There the project was initiated to try to reach women and young girls in every region of Nigeria and provide them with the autonomy that will redound to the good of the whole society.

As Ebele stresses: “Nigeria is a rich country. It is the most powerful economy in Africa thanks to its petroleum reserves. Nevertheless, out of its 160 million inhabitants, more than 100 million Nigerians are still extremely poor. The inequality between a few very rich people and millions of poor people is abysmal, as well as that existing between men and women.” In the face of this reality, AMAD has spent more than a decade fighting to counteract it, with results that are not at all insignificant.

Link to article in "Vida Nueva"