Father Arne Panula, former Vicar of Opus Dei in the U.S., died on July 19, 2017 after a long battle with cancer. 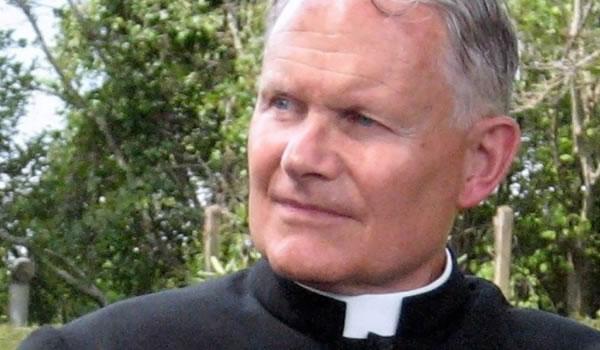 Fr. Arne Panula, 71, a priest of the Prelature of Opus Dei, passed away on July 19, 2017, after struggling for many months with cancer. He is survived by his three sisters, Lynne, Amy, and Pat.

“Father Arne had the firm belief that anything is possible, the imagination to think big, and the drive and energy to make things happen,” said Father Thomas G. Bohlin, U.S. vicar of Opus Dei.

Fr. Panula was born and raised in Duluth, Minnesota. He attended Harvard University where he was on the crew team. After graduating in 1967 with a B.A. in English Literature, he moved to Rome to study theology where he lived with St. Josemaria Escriva, Opus Dei’s founder. He was ordained a priest in 1973 and earned a doctorate in Theology from the University of Navarre, in Pamplona, Spain. After ordination, he served as chaplain of The Heights School in Washington, D.C. in the mid-1970’s, after which he exercised his ministry for many years in Northern California, working with high-school and university students. From 1998-2002 he was Vicar of the Prelature of Opus Dei for the United States, in New York.

From 2007 on he was the Director of the Catholic Information Center in Washington, D.C. where he carried out a rich and fruitful work of spiritual direction. He also expanded the mission of the Center by creating the Leonine Forum to educate men and women early in their careers in the core tenets of the Social Teaching of the Catholic Church.

In lieu of flowers, please make donations to the Catholic Information Center (www.cicdc.org).