ELIS Over the Years

A brief history of the ELIS Center, a social project in Rome begun under the impetus of Pope John XXIII and entrusted by him to Opus Dei. 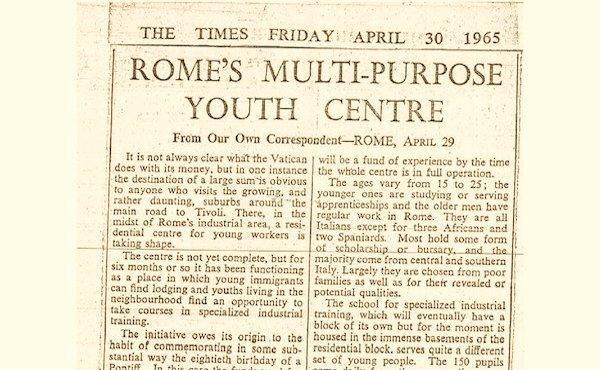 The ELIS Center in Rome, begun under the impetus of Pope John XXIII and entrusted by him to Opus Dei, offers courses in electronics, mechanics, multimedia technology, watch-making, telecommunications, logistics and hospitality services, among others. Inaugurated by Pope Paul VI on November 21, 1965, it is located in the Tiburtino-Callatino area, then one of the poorest in Rome.

In a 1965 article in The Times of London, ELIS is described as "among the most striking recent examples, certainly in Italy, of attempts to apply the Roman Church's social theories in a section of Rome in which social initiatives are lagging." (Download entire article in high resolution here)

ELIS (Education, Labor, Instruction, Sports) covers an area of ten acres. Today it includes a residence for 120 students, class rooms and laboratories, a school of hospitality services and a sports school with more than 400 members. In addition, its library and the parish of San Giovanni Battista al Collatino, attached to ELIS, are important neighborhood reference points. With the assistance of a non-governmental organization, it carries out development projects in China, Vietnam, the Philippines and some countries in Latin America. 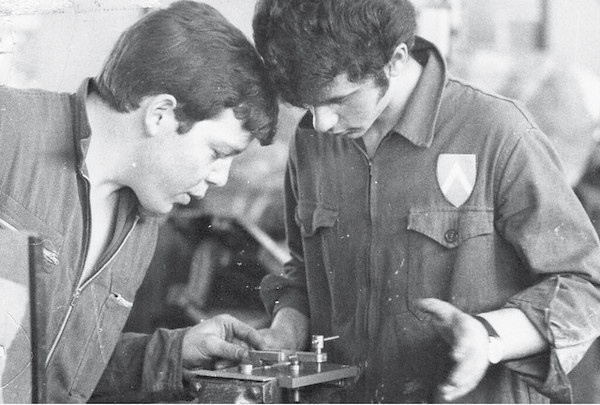 In an article published in Romana 41 for its 40th anniversary we read:

"ELIS has helped educate more than 10,000 students. Currently, 97% of the young men who complete their studies find work in less than a year. The most recent developments at ELIS include a workshop aimed at creating new businesses and a program that prepares instructors for the Cisco Academy Training Center. Some 350 schools send their teachers to ELIS to take courses to improve their professional skills. In ELIS, students receive a human and Christian formation aimed at making their profession a service to others.

"On the occasion of ELIS’s 40th anniversary, on November 20th, feast of Christ the King, Bishop Javier Echevarría celebrated the Eucharist there for more than 3,000 people, including students, alumni, teachers and staff.

"Citing St. Josemaría, Bishop Echevarría said: 'In a center such as this, young people learn the true value of work, because through work a Christian can attain sanctity.' At another point, he recalling the words that Paul VI spoke on the day of its inauguration: 'in ELIS everything is Opus Dei. Here everything is God’s work.'"

For more about the history of the ELIS Center see:

Brief Video of Pope Paul VI's Inauguration of ELIS in 1965

A Vein of Young Entrepeneurs (ELIS in the Year 2000)

The ELIS Center Today (website in Italian: use Google Translate)