By Dint of Little Steps: Walking the Way of St. James

Southridge School in the Philippines organized a Camino de Santiago pilgrimage to celebrate the 40th anniversary of the school's founding. 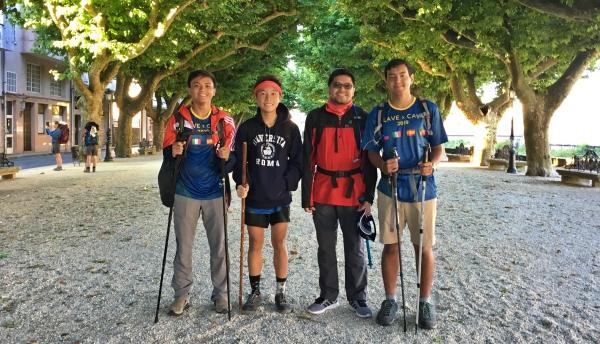 “By dint of little steps… By dint of little steps!” I found myself repeating these words as we reached the three-, two-, and eventually one-kilometer mark to Santiago de Compostela, in the northwestern region of Galicia in Spain. Here the remains of the apostle St. James the Greater are buried. For centuries, the different routes of the Camino de Santiago were travelled by millions of pilgrims. Now it was our turn to make our way on foot, like the peregrinos (pilgrims) of old, by dint of little steps.

As early as July 2018, we sent out a call for students to join the pilgrimage as a way to celebrate our school’s 40th founding anniversary. The organizers knew that if Southridge were to continue being faithful to the educational vision of St. Josemaria Escriva, the founder of Opus Dei, we needed both human and divine means. And so we drafted our itinerary. We would begin our pilgrimage with a visit to Rome videre Petrum, to see Peter, and cap it with a visit to Fatima, where Our Lady appeared to the three shepherd children in 1917. Between these would be the five-day, 100-kilometer Camino (pilgrimage on foot) to Santiago de Compostela. We chose the Portuguese route that started from Valença in Portugal.


Thirty signed up. Our preparation began with a spiritual retreat to contextualize the trip. Next followed an out-of-town work camp to get our bodies accustomed to a more demanding physical regimen and to do social work in a community. We did “mini” pilgrimages to entrust our safety to Our Lady. We visited Alaminos City in the Province of Laguna to greet Nuestra Señora del Pilar, an image closely linked to St. James, and Our Lady of Fatima Parish in Las Piñas City. Finally, we had a seminar to orient ourselves on the places we would see, our daily routine and itinerary, and our individual tasks within the group. These small steps were slowly leading us to our actual camino.

On hindsight, nothing could have prepared us better for the real trek. What at first seemed like a walk in the park was far from it! Walking 20 kilometers, six to eight hours a day for five straight days (May 26-30), lacking proper rest and sleep, going up several hills daily under the dry heat and the scorching Spanish sun, would at some point tempt us to question why we even wanted to go through this ordeal.

But we all knew why. Our families had entrusted us with intentions to pray for, and our beloved school was counting on the graces we would obtain for her with our sacrifice. Our chaplain celebrated Mass for us regularly, and he also preached meditations, which were sometimes done in a clearing in the forest! He gave us thoughts to ponder during the day’s walk. We prayed many rosaries while walking in groups or pairs or just by ourselves. All this kept us in context: we were not tourists, but pilgrims. So onward we went, one step at a time, one foot in front of the other. 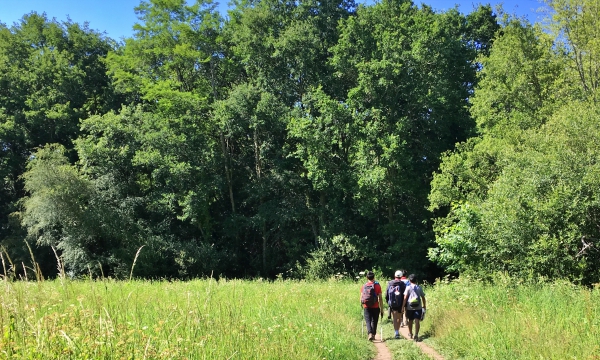 Day Five, May 30, the last day, proved to be the toughest stretch. We left our albergues (lodgings) earlier than usual and walked 26 kilometers up to an elevation of 260 meters across three hills. The Galician sky was a cloudless blue. The sun did not let up. The Portuguese route is known for its downpours, but we saw not a single raindrop. The day’s 34 degrees C. (94 F.) felt as hot as Manila, but without the humidity.


Seven kilometers from Santiago, we regrouped so that we could march into city together. We hiked down one last valley and entered the wide roads of the new city. We crossed the narrow alleys of the old town. And just like that, by dint of little steps, we found ourselves in the broad esplanade of Praza do Obradoiro, gazing at the magnificently restored Santiago de Compostela Cathedral.


We had reached our destination! It did not matter that our feet were blistered and our faces sunburned. After 200,000 steps (according to the mobile app), we succeeded in bringing to Santiago the many prayer intentions we carried from halfway across the world. We had come to St. James to pray for Southridge, for our families and friends, asking Heaven to hear our prayers, and we did it! That night, we celebrated with a hearty Spanish paella. 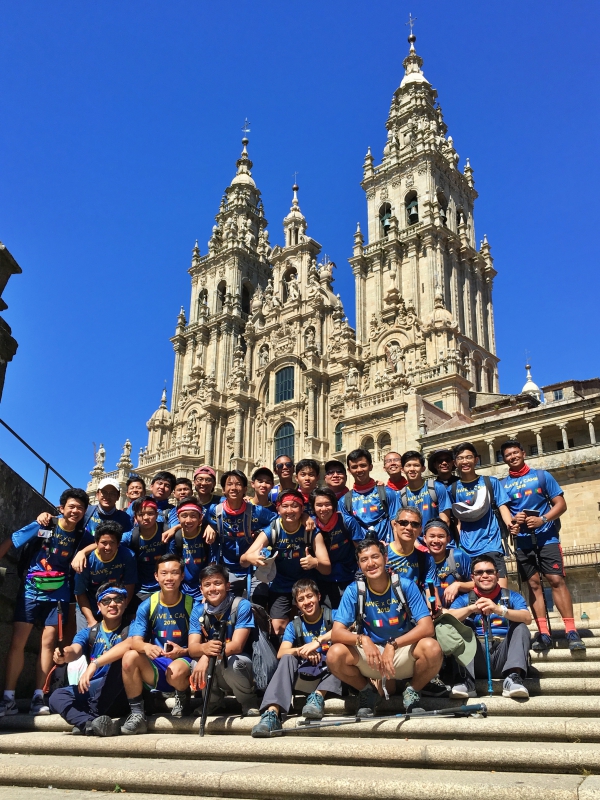 Mother Teresa is quoted as having said, “Not all of us can do great things. But we can do small things with great love.” St. Josemaria often stressed the same idea. It came to me then at Santiago de Compostela that something as grand as walking the Camino is achieved by dint of little steps. Our guide always reminded us of the importance of walking at our own pace, neither too fast nor too slow. What mattered more, however, was that we always stayed on the path. And by dint of little steps, we all reached our common destination.