A group of Opus Dei faithful from various African countries met in Uganda recently to reflect on how to best confront challenges in spreading the faith in Africa today. 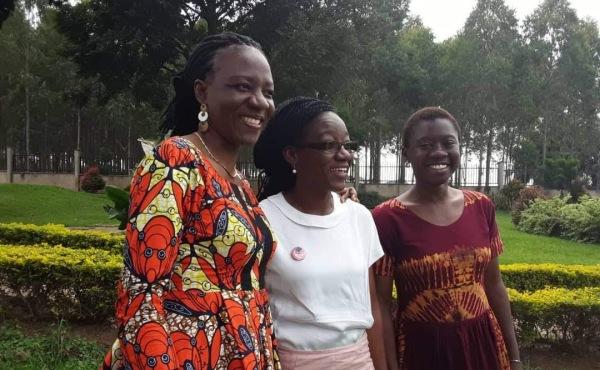 One of the most famous saints in history was African: Saint Augustine. African? Yes: the great saint and Father of the Church, whose conversion process is recounted in the spiritual classic, The Confessions, was Bishop of Hippo, a city located in present-day Algeria. Augustine was born in that country and died there in the year 430 A.D. Not only was Augustine from Africa, so were many great figures of the early Church, such as Origen, Saint Athanasius, Saint Cyril, Tertullian and Saint Cyprian. From the 2nd to the 3rd century, Christian life in the regions of North Africa was flourishing. But subsequent wars and other difficulties led to an almost complete disappearance of the faith from a land initially evangelized by St. Mark.


The history of Christianity in Africa picked up again centuries later, in two different phases. Between the fifteenth and sixteenth centuries, there were evangelizing missions in southern regions of the Sahara, but due to a number of reasons, they did not last. Finally, the third phase of evangelization in Africa began in the 19th century, and led to a period of rapid growth. During these last decades, numerous African countries have celebrated the centenary of the beginning of their evangelization. In more recent times, Africa has given the Church saints, like the martyrs of Uganda, who died in 1886 and gave up their lives as witnesses to the faith (cf. John Paul II, Ecclesia in Africa, September 14, 1995).

Although Christianity is still very recent in most parts of Africa, it has already born much fruit. Various institutions and ecclesial groups have arrived and started to take root in the continent, including Opus Dei. In 1958, a few people from the Work traveled to Kenya to try to spread the message about the universal call to holiness. Since the beginning, Saint Josemaría understood that Opus Dei was to be a universal, Catholic reality, through which people of all races and conditions would find their path to holiness in ordinary life.

From Kenya, the Work also started in Nigeria (1965), and eventually spread to the Ivory Coast and Congo (1980), Cameroon (1988), Uganda (1996) and South Africa (1998). Over the years, all kinds of people in Africa -- single and married, old and young -- have discovered their vocation to Opus Dei, in service to the Church. Additionally, a variety of social and educational initiatives have also emerged, begun by people in the Work together with cooperators and friends, including Strathmore University, the first interracial school in Kenya; Lagoon School, in Nigeria; and the Monkole Hospital, in Congo. 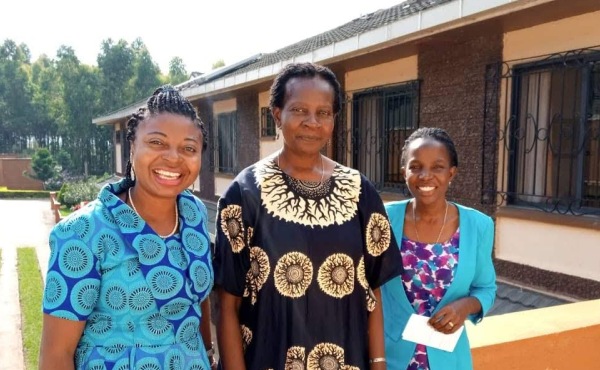 As time passes, the growth and development of this apostolic work presents different challenges. In a place where Christianity is still young, how can the teachings of the Gospel adopt an African identity? Indeed, in countries with very rich cultural traditions, how can Christians embrace aspects that enrich the life of faith? How can the African family become a light, giving witness to the Christian life?

To address some of these challenges, African women from countries where Opus Dei has a stable presence met at the Tusimba Conference Center, on the shores of Lake Victoria in Uganda, from July 1st to 25th. With workshops and group projects, panels covering various topics and opportunities to share experiences, it was the first "Pan-African" workshop, reflecting on the challenges faced in spreading the faith in Africa today. No one knows a place better than those who were born, raised and live there.

Participants in the course highlighted three essential points that emerged from their meeting. First, they stressed the importance of knowing oneself to be a child of God and seeing others in this same light, which has the power to transform society, including family life, social relationships, and the workplace. Second, a great richness is to be found in a renewed sense of freedom as the capacity to choose the good: in other words, to love. When a person makes a choice thinking not only of themselves, but also of the good of the others (of the community and of society as a whole), that person grows in virtue and in freedom. Finally, the Christian perspective on a job done well, for love of God, is a catalyst that can open up new horizons, helping people to grow and develop in a more integral way.

The seed of the Gospel has been sown and is taking root. Incarnating the message and the light of the Gospel in one's own life is the great challenge being taken up today by the descendants of the first Christians in Africa.